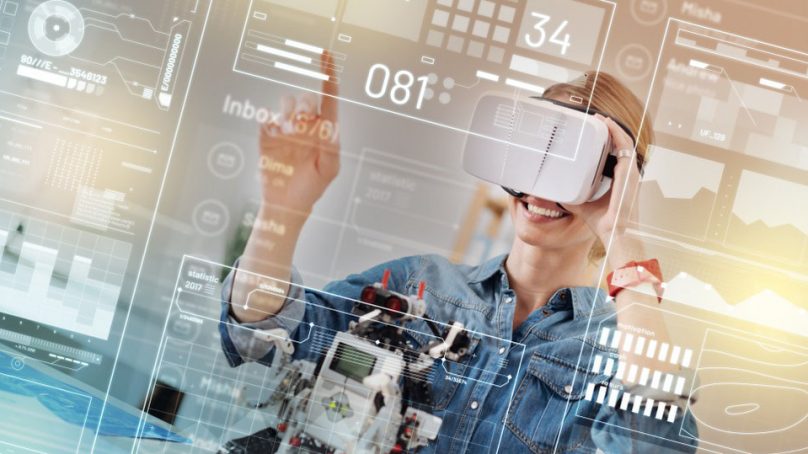 The ultimate guide to VR games 2019

It’s been a long time coming, but virtual reality has finally come of age. The hardware, notably Oculus Rift and HTC Vive, can now offer an
extraordinarily immersive experience at a decent price – and it’s particularly well suited to gaming, revolutionising the way you play and
explore.

The history of VR is a long one. People have been imagining immersive fantasy worlds in fiction since the early 20th century, if not before, but
the actual technology began to emerge in the 1960s. In the 1970s, it started to have a role for flight, medical and military sims. The term
‘virtual reality’ was coined in the 1980s by computer scientist Jaron Lanier.

The concept gathered steam in the 1990s, when it became possible for more people to try virtual-reality rigs – notably in arcades, as the hardware didn’t exactly have a consumer price tag. For fans and consumers, Nintendo’s Virtual Boy was released in 1995…to headaches and pangs of disappointment.

Indeed, it was only this decade that we finally saw credible, commercial VR emerge – and boy, is it remarkable! Compared to playing a game on a TV screen, the experience is shockingly different. You don’t watch your actions, you’re in them, surrounded by them, almost touching them.

For console gamers, Sony has had success with PSVR for the PS4, while on PC there’s Oculus Rift, originally crowdfunded but now owned by Facebook; HTC Vive , co-developed with Valve and offering games via Steam; and also Windows Mixed Reality. The latter platform currently has more than 300 games and can be enjoyed with devices like the Acer Windows Mixed Reality VR Headset. Games are now coming thick and fast. Here are some of them.

A good starting point for those of you who’ve already loved exploring the world of Skyrim. Bethesda has been efficient at embracing VR, making versions of Doom, Fallout 4 and this award-winning fantasy epic from the much-loved Elder Scrolls series. If you thought the experience was a rich one before, revisiting this frosty, diverse region of northern Tamriel via a headset will send shivers down your spine. Even if you feel you’ve already explored comprehensively, you’ll want to lose yourself again.

House of the Dying Sun

VR lends itself particularly well to space dogfighters. Not only do they draw on the technology’s long history with flight sims, the multi-axis
environment of the void is a natural fit when you can scan your head around to be faced by aggressive enemy craft and other celestial objects. House of the Dying Sun offers both tactical shooter action from your cockpit, but also overall fleet command. Shorter and more focused than the possibly better-known Elite: Dangerous or Eve: Valkyrie, it’s action packed and thrilling, with you playing the avenger for an emperor killed in a coup.

Staying in space, in the slightly more benign realm of the Federation. Star Trek couldn’t be better suited to VR, with its history of simulations and holodecks. This is predominantly a social game, ideally with four players working together in the deck of the USS Aegis. It’s the universe
as established in the 2009 film, and you’re on a mission to explore an area called The Trench, to assess its viability for a new Vulcan homeworld. Of course there are Klingons there. Working together, get ready to fight, adjusting the power levels of your weapon, shields and engines. Engage!

Superhot VR is a first-person shooter set in a minimalist game world: black, white and grey with enemies in red. It features a unique device:
stop moving and time stops, enabling you to strategically assess the situation, dodge projectiles and take out enemies. A new way to explore
detailed, expansive environments is one thing, but VR has other unique qualities, notably the way your control the action. Although Superhot
exists in a non-VR version, it really comes into its own when your movements aren’t a scramble on mouse and keyboard.

Another first-person game, but with very different challenges. The Climb, developed by Crytek (creators of the awesome original Far Cry, and Crysis series), is essentially a rock-climbing sim. But VR gives it a real sense of intimacy and challenge, and it became a bestseller on Rift. It’s
visually beautiful, with each cliff and wall alive with detail: but don’t let that distract you – concentrate on your climbing as your score depends on your technical skills. Surprisingly dynamic considering you’re not shooting anything.

A VR shooter from Epic Games, of Unreal, Gears of War and Fortnite fame. You take on the role of a sort of blade runner, taking out rogue robots. And there are a lot of them, thanks to a virus messing up their programming and turning them homicidal. Teleport around, shoot robots, or grab items and hurl them, or even grab the robots themselves using your controllers. Again, a game that offers unique VR gameplay and feisty, OTT action to boot. Oh, and it’s a AAA-quality game, exclusive to Oculus Rift, that is available for free.

If you’re desperate to revisit the world of Portal – and of the tragically curtailed Half-Life series – get The Lab. It’s a glorified tech demo, but
arguably Portal was too, and that was fantastic. The Lab allows you to walk around the titular laboratory and play eight types of mini-game, all of which showcase capabilities unique to VR. Each game is set in a pocket universe, branching off the main hub – itself a pocket universe at Aperture Science. The experiences range from an Angry-Birds-style projectiles game, to bullet ****, archery, and working in a GlaDOS lab to repair the robot Atlas from Portal 2.

VR gaming has come of age, although paradoxically it’s still in its youth. The pace of change and development is impressive, and already there’s a wonderful range of experiences to be had from games like these, all of which showcase some aspect of what distinguishes playing in VR to playing on a monitor or TV, giving you a heightened sense of the action, exploration and interaction.