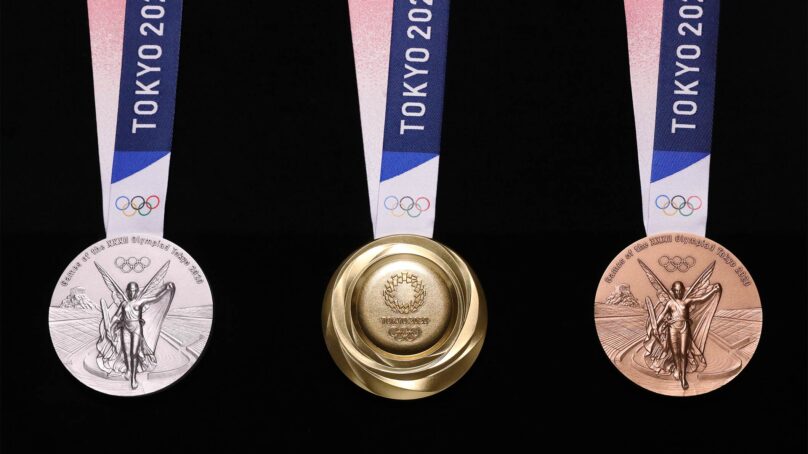 The medals to be presented at the 2020 Tokyo Olympic Games have been unveiled, with the metal in each one made using materials from recycled gadgets.

Designed by Junichi Kawanishi, each of the 5,000 medals contains metals extracted from consumer electronics handed in by the Japanese public over the last two years.

The Tokyo 2020 organising committee said a total of 78,985 tonnes of old devices had been collected from across the host country, including more than 6.21 million used mobile phones.

Digital cameras, handheld games devices and laptops were also collected, dismantled and melted down as part of the scheme.

More than 90% of the local authorities in Japan took part in the programme.

The organisers said the target of 30.3kg of gold, 4,100kg of silver and 2,700kg of bronze was reached by the time the gadget collection closed at the end of March.

There are also plans to recycle household plastic waste and marine plastic waste to use in the creation of podiums for medal ceremonies.