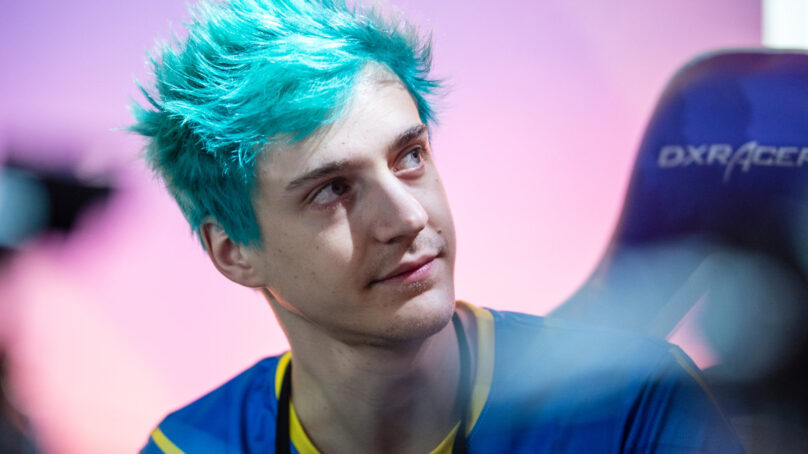 “I’m incredibly grateful for the opportunities Twitch has provided me,” Blevins told The Associated Press.

“But as I looked at the next step in my career, I wanted to be somewhere that empowered me to push the boundaries of gaming and achieve bigger goals within the industry. Mixer provides me with more ways to connect with my community.”

Blevins has earned millions broadcasting himself playing Fortnite and other video games on Twitch and YouTube. He has over 14 million followers on Twitch, and the platform has hosted many of his pioneering e-sports moments, including a Fortnite event in March 2018 featuring rappers Drake and Travis Scott and NFL star JuJu Smith-Schuster that propelled the game into a full-blown cultural phenomenon.

Blevins will host his first Mixer live stream on Friday from Lollapalooza, a four-day music festival in Chicago.

The 28-year-old has publicly invited Kyle “Bugha” Giersdorf — the 16-year-old who earned 3 million US dollars on Sunday for winning the inaugural Fortnite World Cup — to join him.

Blevins said he will not actively recruit other gamers to leave their current platform, but if more streamers follow him to Mixer, it could become a legitimate competitor in a market dominated by Twitch.

“I want my friends to make their own decisions for what platforms they choose to play on,” Blevins said. “With that being said, I will welcome anyone with open arms who wants to join me.”

Twitch said: “We’ve loved watching Ninja on Twitch over the years and are proud of all that he’s accomplished for himself and his family, and the gaming community. We wish him the best of luck in his future endeavours.”

Mixer launched in 2016 but has not nearly matched Twitch’s popularity — Microsoft reported 10 million monthly users last year, compared to well over 100 million for Twitch, which launched in 2011.

Mixer has been praised for its interface and its management of toxic players, though, and Blevins said he expects to connect to fans with “more interactivity and variety than before” because of Mixer’s technological abilities — for example, streamers can share their controller with fans, and the chat function has a greater array of features.

Blevins also anticipates the deal with Mixer will free him up to do more live events and other non-streaming content.

“I love what I do and will still be actively streaming and continuing to interact with my fans,” he said. “With Mixer, I get to further engage with the tools on the platform, which I am excited about.”

Within 40 minutes of the announcement, Mixer was the top trending topic on Twitter in the United States, and Ninja’s Mixer page had over 28,000 subscribers.