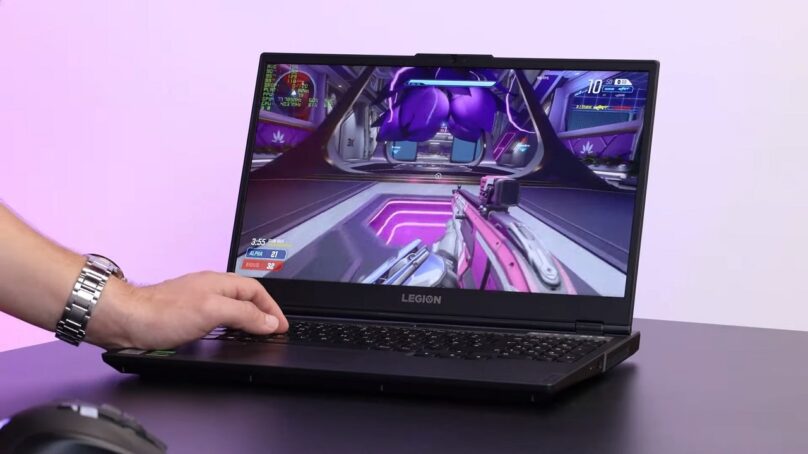 As new hardware is always coming out, there is not a ‘right’ or a ‘wrong’ time to buy a gaming laptop. You can deliberate for ages over when is the best time to pull the trigger on a gaming laptop, analysing countless reviews and benchmarks, but an updated model is always going to be right around the corner.

Consoles represent the baseline of development

To figure out a gaming laptop’s lifespan, it’s wise to look at what’s happening in the console market. As the most popular gaming platform, these consoles represent the baseline of development. Games are designed to run on a console’s hardware for an entire generation, so if you want a gaming laptop that has a long lifespan, its needs to match or exceed a console in performance.

Unfortunately, it’s not as cut and dried as this, as it’s hard to translate a console’s performance to a gaming laptop’s performance one-to-one. Consoles use a custom system-on-chip you can’t get anywhere else, but the PlayStation 5 and Xbox Series X’s performance is roughly comparable to an AMD Ryzen 7 3700X CPU and a NVIDIA RTX 2080 GPU, with 16GB of fast RAM and a PCIe Gen4 SSD.

However, you’ve got to consider these consoles target a 4K resolution. Many gaming laptops are equipped with a 1080p display, so the requirements aren’t as high at this resolution.

What sort of lifespan you should expect

If you pick up a gaming laptop that’s at least as fast as a current-gen console in relation to your chosen resolution, you should expect it to last most of a console generation cycle, around five years if not more.

As a console is a fixed piece of hardware from the beginning to the end of a generation, game developers can optimise purely for it, wringing out every drop of performance. A console can improve over time; compare GTA IV’s graphics to GTA V’s, despite running on the same console. On a gaming PC, however, there’s a massive number of hardware combinations. Game developers can’t optimise for every CPU-GPU combo in existence.

Also, the expected gaming experience can vary wildly from a console to a gaming laptop. On a console, the graphics, resolution, and frame rate are chosen for you by the game developer. At most, you have a few modes like ‘prioritise resolution’ or ‘prioritise frame rate’ to switch between, but it does not compared to the wealth of options as gaming laptop has. A console may run a game at 30 frames-per-second, whereas a PC gamer may demand 60 frames-per-second at the very least, with higher-than-console graphics too.

One of the main reasons for picking up a gaming laptop in the first place is to have a better experience that a console, so if you’re always chasing the fastest frame rates and maxed-out graphics, it’ll shorten a gaming laptop’s lifespan.

The component that affects a gaming laptop’s lifespan the most

In a gaming laptop, or any gaming PC, one component reigns above the rest – the graphics processing unit, or ‘GPU’ for short. It influences the all-important frames-per-second metric more than any other component in a gaming laptop.

You can think of the CPU as the ‘brain’ of a gaming laptop, figuring out all the behind-the-scenes logic of a game: AI pathfinding, physics calculations, and more. Whereas the GPU brings everything to life, rendering world geometry, high-poly character models, post-process effects, and more with cutting-edge graphical techniques like real-time raytracing.

As games are inherently a visual medium, a heavy load is placed on the GPU. As newer and more graphics-intensive games come out, the graphics card is highly likely to be the first component in a gaming laptop to show its weakness.

You want the fastest GPU possible

For instance, say you had two gaming laptops of equal price: an RTX 3050 Ti gaming laptop with 16GB of RAM and a 1TB SSD, and a more powerful RTX 3060 gaming laptop but with only 8GB of RAM and a 500GB SSD. You may be inclined to pick the former as it’s a more well-rounded machine. However, in the case of a gaming laptop, you should prioritise the GPU as it’s non-upgradable.

This hardware imbalance may cause a bottleneck, in which the weakest component in a gaming laptop restricts the performance of other components, but you can always add more memory and storage later on down the road.

A word of warning: some gaming laptops use soldered, non-upgradable memory and storage, so thoroughly research a gaming laptop before buying to ensure you can upgrade it.

Gaming laptops are lasting longer than ever before

The typical upgrade cycle for a GPU in a gaming desktop is every three to four years, so you can expect a gaming laptop to last this long too. However, as detailed in our blog Gaming in 2022 – What you need to know…, people are using their GPUs for longer than ever before for a few reasons.

Firstly, even though the PlayStation 5 and Xbox Series X ushered in a new generation, we’re very much in a cross-generation period still. If you look around at the games being released throughout 2022 – Elden Ring, Dying Light 2 – many of them are designed to run on last-gen consoles, with tablet-tier processors and 2013-era GPUs. There is yet to be a definite switch to the more powerful next-gen consoles, so this has effectively lengthened the lifespan of many gaming laptops.

Soon enough, however, games are going to go next-gen only. This cross-generation period gives you a bit of breathing room, but for the longest lifespan, get a gaming laptop that’s able to handle next-gen exclusives.

One of the few examples out right now on PC is Metro Exodus: Enhanced Edition. As this game uses real-time raytracing exclusively, with no fall back to rasterised rendering, it demonstrates what the future of games looks like. To just boot up this game, you need a raytracing-capable GPU, like one from NVIDIA’s RTX 20/30 Series or AMD’s RX 6000 Series.

If a gaming laptop can run Metro Exodus: Enhanced Edition as a decent frame rate, you’ll know it’ll have a long lifespan. If it can’t, expect it to become obsolete much sooner.

What’s more, the introduction of image reconstruction techniques like NVIDIA’s Deep Learning Super Sampling, or ‘DLSS’ for short’, have given many gaming laptops an extra lease of life.

You can learn more about DLSS in our blog Why should I buy a NVIDIA GeForce RTX 30 Series GPU…, but these techniques transform compatible games from a lower internal resolution up to a higher output resolution, with indistinguishable or sometimes improved results over native resolution rendering.

For instance, DLSS can reconstruct from a 1080p input up to a 4K output. This massively decreases the GPU’s rendering load for a faster frame rate, without compromising on quality – a win-win for increasing a gaming laptop’s lifespan. It’s a boon for budget gaming laptops too, as reconstruction lets them punch way above their weight.