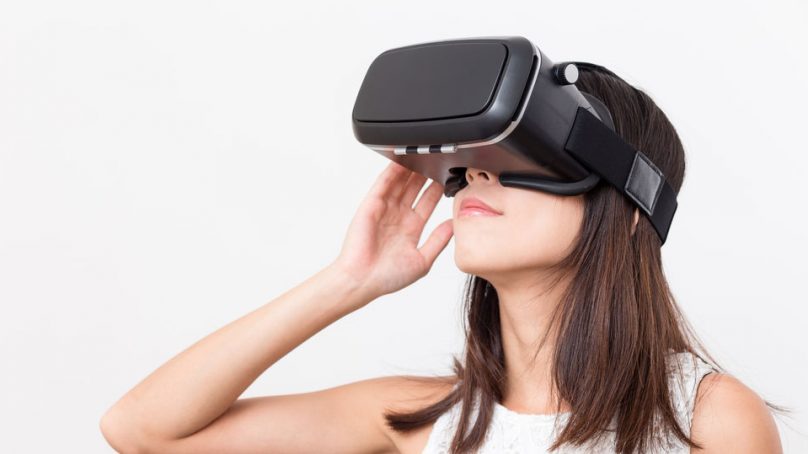 What is Virtual Reality?

If the idea of escaping everyday life and exploring worlds that might have only existed in your imagination, then virtual reality (VR) is guaranteed to blow your mind. VR technology has advanced so much in recent years that you can now enjoy exciting VR experiences in the comfort of your own home. VR takes the traditional game, turns it on its head, changes the rules and raises it to a level of immersion like nothing else. Read our guide to find out why virtual reality is an unmissable experience and what you need to get involved.

Why should I try VR?

A traditional game is a creation of a world with action that you can watch and react to as it unfolds on a screen. What’s different about a VR game is that it uses advanced technology to place you right in a computer-generated world and allow you to interact with it. It stimulates the senses to give you the impression that you’ve left your living room and travelled through time and space to a futuristic cityscape or medieval battleground.

The key to VR is stimulating vision. A headset works with your computer or smartphone to put a screen in front of your eyes and sensors track your eye position and movement, with the graphics responding accordingly. By using both visuals and sound to recreate a world, you can suspend your disbelief and fully immerse yourself in a game.

Some of the best games for VR are those that are already full of fast-paced action or tension-building atmosphere. Clever VR technology heightens every sense and emotion for a vivid experience that feels oh so real. Survival horror games are the perfect example of escaping reality.

Fancy leaving the comfort and familiarity of your living room and being dropped into a horrifying world that wants you dead? Try Monstrum, where survival is mixed with the looming dread of Permadeath for an even more terrifying experience. As you walk around the derelict cargo ship, you’re trying to avoid the grasp of a monster that wants to eat you. Well, technically there are three monsters that want nothing more than to taste your flesh, as there are three versions to the game.

You get to see them in all their glory as you use the controllers to direct your hands in the game to pick up tools and parts for repairs. The use of lighting means that when you’re exploring shadowy areas or hearing noises, it’s genuinely scary because you feel like you can’t escape – and there’s nothing quite like a monster jumping right out in front of you to get the heart pumping!

VR is also great for racing games. All you need to do is sit in your chair and you’re suddenly driving a racing car round a track. DiRT Rally lets you live your fantasy of being a dirt-track race driver. You can almost feel the dirt flying in your face as you speed along dangerous roads trying not to crash – or deliberately trying to! Playing with a controller works fine, but using a wheel controller takes this game to another level as you feel like you’re literally driving the car.

What equipment do I need for VR?

The main players of VR technology include HTC, PlayStation, Samsung, Oculus VR and Google. They make the majority of the headsets on offer, but there are other pieces of equipment you need to enjoy the very best VR experience.

A headset is obviously the most important bit of kit for VR gaming and there’s plenty of varying products to choose from. Generally, the more
advanced a headset, the more expensive it’ll be.

For example, the HTC Vive/HTC Vive Pro currently has the biggest price tag and offers some of the most premium features. At the other end of the price scale are products such as the Samsung Gear VR. As a result of their more basic technology, they can only be used with a smartphone.

Headsets can be adjusted for a comfortable fit, which is important when you want to stay in VR world for hours. Other features include tracking sensors, built-in controls, motion tracking and high-resolution screens. How good the features are will depend on how much you’re willing to pay for a headset.

You can’t use a keyboard with VR, so for the most immersive experience you need controllers to interact with games. High-end headsets often come with motion controllers, which allow you to do all sorts of things, such as painting walls in 3D and playing tennis. Products like the HTC Vive and Oculus Touch have controllers that use infrared cameras that send and receive signals to track movement. The Oculus Touch wireless controllers even made you feel like you’re using your real hands to shoot a gun for example, with their triggers and buttons.

If you’re using a Vive headset, you’ll need base stations placed around the room that send out signals to communicate with your headset and
controllers. By tracking the dimensions of the room you’re playing in you can avoid bumps, as you’ll see virtual walls on the screen showing where your real walls are.

Apart from PlayStation VR, which of course requires a PlayStation, and the Samsung Gear VR that works with a Samsung phone, most other systems run on PCs. These include the HTC Vive and Oculus Rift that allow you to play the best VR PC games. But you do need some powerful computing behind you to use the top PC-run systems.

VR is an incredibly exciting revolution that’s taking online gaming to levels that would have been hard to imagine even 10 years ago. Playing VR games really is unlike anything else, with the possibilities being almost endless and expanding all the time. There’s no question about it, if you want to enjoy the most immersive experiences, you need to be a VR gamer. After all, why just settle for real life when you travel to a different world every day?

What is a capture card? Everything you need to know