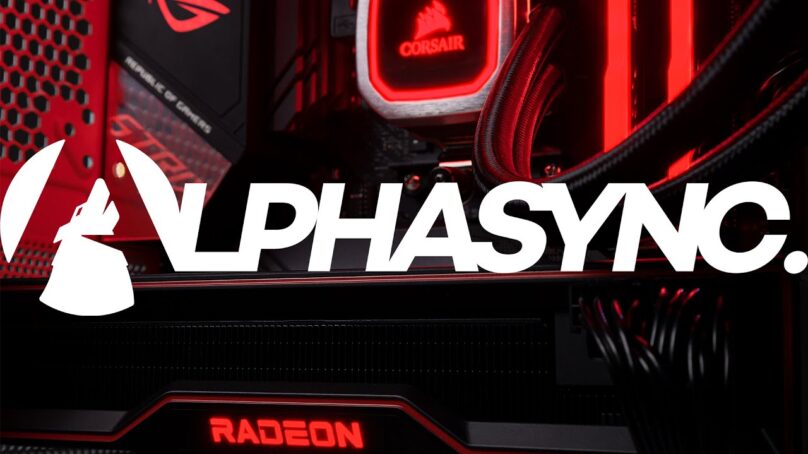 AlphaSync makes a wide range of gaming PCs – from the low-end to the high-end – and all of them have received consistently great reviews. Why’s that? Let’s take a look at a few Reevoo reviews to break down what makes an AlphaSync pre-built gaming PC so good.

“Cheaper (>£200) than equivalent from anywhere else. Top-of-the-range components throughout.” From Mark’s 10 out of 10 Reevoo review of their new AlphaSync Canine iCUE 4000X pre-built gaming PC.

As you’ve likely heard, prices for PC components have shot through the roof due to ongoing chip shortages (as detailed in our Gaming in 2022 – What you need to know blog). It puts the average PC builder in an awkward scenario, as for the longest time one of the main advantages of building your own gaming PC has been the lower cost versus a pre-built.

Right now, however, it turns out buying a pre-built gaming PC from a system integrator such as AlphaSync might work out cheaper than building yourself.

If you crunch the numbers, an AlphaSync pre-built gaming PC is not only fantastic value for the PC components you get – cheaper than competitors – but it’s also assembled by the experienced AlphaSync team, with next-day delivery and warranties to boot. This saves you time and money which you are better off spending on gaming rather than researching, sourcing and assembling all the individual PC components yourself.

“Everything about this PC works to a very high standard. Knowing that the graphics are an exceptional quality and combined with the speed of the processor. What a fantastic product.” From Jamie’s 10 out of 10 Reevoo review of their new AlphaSync Canine iCUE 4000X pre-built gaming PC.

PC gaming’s demand on hardware is a considerable step-up from browsing the web and streaming videos on your smartphone. We’re talking about discrete GPUs which will happily consume in excess of 100W alone to churn out frame after frame.

As detailed in our PC cooling – What you need to know blog, heat is generated as a by-product. Poor quality PC components will soon succumb to the high temperatures and unwieldy power of a gaming PC.

That’s why AlphaSync only uses the highest quality PC components in their pre-built gaming PCs. You’ll find PC components from industry-leading brands, including ASUS, Corsair and Samsung. Notably, this applies to all the PC components, not only the attention-grabbing ones. From the GPU down to the PSU, AlphaSync doesn’t skimp anywhere.

“It’s the first PC I have owned switching from an Xbox Series S, the difference in speed and game quality is insane.” From Liam’s 10 out of 10 Reevoo review of their new AlphaSync Canine Diamond pre-built gaming PC.

In recent years, PC gaming’s growth has exploded. Although more and more gamers are transferring from a console to a gaming PC, for many, it’s easier said than done.

While we’ve published build guides over on the Ebuyer YouTube channel and shared our Top 10 Tips on Building a PC here, apprehension is understandable. From double-checking compatibility to poring over YouTube tutorials, building your own gaming PC is nowhere near as simple as buying an off-the-shelf console.

That’s why AlphaSync is such a great introduction to PC gaming. AlphaSync offers up a range of pre-built gaming PCs ready to show off what’s so good about PC gaming – crazy-high frame rates, maxed-out graphics and more.

“Excellent bit of kit, the [Intel Core] i5 12600K combined with the [NVIDIA GeForce] RTX 3060 Ti make this a great PC for gaming, but just as useful for streaming, etc. Really is a quality build. Highly recommend and great price, considering cost of parts in 2021/22.” From Richard’s 10 out of 10 Reevoo review of their new AlphaSync Canine 4000D pre-built gaming PC.

Despite the name, the immense power of an AlphaSync pre-built gaming PC lends itself a whole host of applications beyond games.

Perhaps you’re a uni student who wants a powerful PC that’ll accelerate your coursework and provide entertainment in your downtime, or you’re a gamer looking to dip toes into the world of live-streaming and content creation.

The multi-core CPUs, discrete GPUs and banks of RAM of an AlphaSync gaming PC can speed up many hardware-accelerated applications, such as 3D animation, video editing and more.

“I was using it for 4 days now. Great performance, everything worked out of the box. Quick delivery. I’m really happy with the purchase.” From Ovidijus’ 10 out of 10 Reevoo review of their new AlphaSync Canine Diamond pre-built gaming PC.

Once you’ve hit ‘order’, your AlphaSync pre-built gaming PC will arrive at your door in next to no time, with free next-business-day shipping. You won’t have to wait about for each PC component to slowly trickle in. Everything’s pre-assembled and ready to go – just remove the packaging first!

What’s more, AlphaSync bundles in a box of the accessories and extra bits you might need, as well as a FAQ booklet that’ll answer any query you might have about your gaming PC.

Some PC components, notably GPUs, are feverishly demanded and rarely in stock. Yet AlphaSync has NVIDIA GeForce RTX 30 Series and AMD Radeon RX 6000 Series equipped gaming PCs ready to go – it might be your best chance to get your hands on them.

“Unreal, would recommend to anyone. Had a slight issue, which turned out to be my monitor, but called AlphaSync and got help right away. They ruled out all possible outcomes before I went and bought a monitor… I would buy this again.” From Ben’s 10 out of 10 Reevoo review of their new AlphaSync Canine iCUE 4000X pre-built gaming PC.

With over 20 years’ worth of combined experience, the AlphaSync team consists of members who’ve assembled hundreds of gaming PCs to a high standard. One glance at an AlphaSync pre-built gaming PC and you’ll know it’s the work of an expert, from the clean cable management to the flawless RGB lighting.

However, sometimes things get jostled and loosened in transit, or you might need a helping hand to set up your new gaming PC. AlphaSync’s dedicated support team is always there to help, only an email or phone call away. They’ll get back to you as soon as they can, but always in 48 hours.

You’re covered by a one-year parts and three-years labour warranty. That’s one of the main advantages of opting for a pre-built gaming PC, as opposed to building yourself.

“An almost perfect component choice for the price point, in my opinion. The case is probably the best quality one I have owned and has a decent set of features. Fantastic performance in games at 1440p and fairly quiet while under load. The build itself is also very clean and tidy.” From Alexander’s 9 out of 10 Reevoo review of their new AlphaSync Canine Pure Base 500 pre-built gaming PC.

A gaming PC is comprised of many individual PC components, eight at a minimum and more if you include expansion cards like network adapters and accessories like aftermarket thermal pastes, extra fans and RGB lighting.

Contributing most to performance, the CPU-GPU combo receives the bulk of a gamer’s attention, as detailed in our blog Gaming PCs in 2022 – The specs you should be looking for. However, that’s at least six other PC components which must keep pace with the CPU-GPU combo. Otherwise, what’s the point of having a multi-core AMD Ryzen CPU if it’s only going to be crippled by slow RAM, or a PSU which doesn’t supply enough power.

AlphaSync knows the GPU-CPU combo isn’t the be-all and end-all of a gaming PC, and as avid gamers themselves, have designed their pre-built gaming PCs to be as well-rounded as possible to avoid bottlenecks.

“Everything is spot on, packaged well. Out of the box, just need to set up Windows. All BIOS settings are already set for RAM. Instantly able to start using the PC as it comes with everything to get started (providing you have your own peripherals). Having all-Corsair cooling and RAM is a massive plus, also as the RGB addressability is super simple and all in one place.” From Ben’s 10 out of 10 Reevoo review of their new AlphaSync Canine iCue 4000X pre-built gaming PC.

Most AlphaSync pre-built gaming PCs come pre-loaded with a Windows operating system, again saving you time and money. You won’t have to source a copy of Windows and go through the lengthy process of installing it. Since optical media has died out, you must install modern versions of Windows from a bootable flash drive, which requires a PC to do so. This makes for an awkward scenario – you need a PC to set up a PC!

Fortunately, AlphaSync loads it up on their end, so all you’ve got to do are the finishing touches, like username and password. AlphaSync also goes an extra mile and pre-configures the motherboard’s BIOS for optimal performance. Those new to a gaming PC might find the BIOS daunting and overwhelming, but it’s often needed to unlock a PC component’s potential. As we alluded to previously, you need to enable an ‘Extreme Memory Profile’ (XMP) on your RAM in the BIOS, for instance.

A new PC builder might skip over this step and unknowingly nerf their performance. AlphaSync does this for you, so your new gaming PC is operating at its best.

AlphaSync pre-built gaming PCs are exclusive to Ebuyer, you can’t these highly reviewed gaming PCs anywhere else. So, head on over to Ebuyer to browse the range, and check out our round-up of AlphaSync gaming PCs.