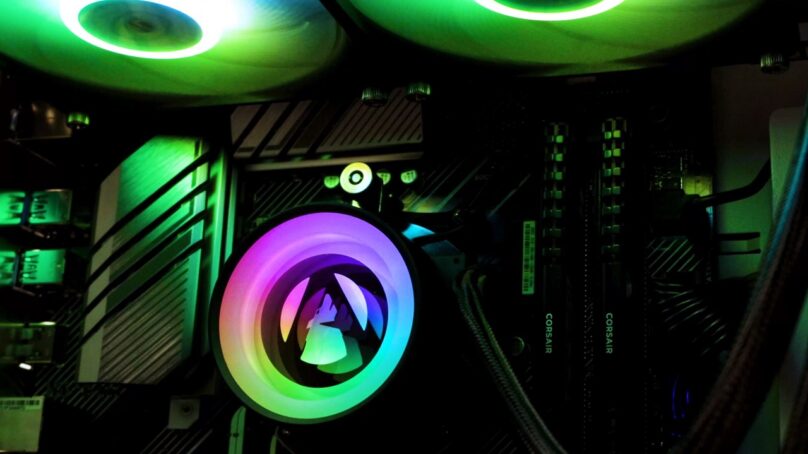 AlphaSync gaming PCs are proving popular with gamers looking for their first gaming PC or wanting an upgrade over their current rig. AlphaSync gaming PCs use the latest hardware from only the biggest brands, receive fantastic reviews and come with next-day delivery.

Building your own gaming PC can be time-consuming, with many steps involved before you’re laid back and playing an actual game. First, you’ll have to research and acquaint yourself with all the hardware and technical jargon that’s required for a gaming PC – CPUs and GPUs, core counts and clock speeds, and more. If you can make heads and tails of it, then you’ll have to deduce what’s best for your budget, while double-checking everything is compatible.

Inundated with performance figures and tech-speak, it can be too much to handle, especially for a first-time builder or a gamer coming from a plug-and-play console. And, of course, the largest hurdle to overcome is assembling the gaming PC itself. It could take weeks’ worth of reading how-to blogs and watching walkthrough videos before you’re comfortable enough – time which could’ve been spent gaming!

It’s why an AlphaSync gaming PC is a great choice for gamers, as everything is handled by the experts from the AlphaSync team. You can rest assured that you’re getting a well-specced machine with no bottlenecks. An AlphaSync gaming PC uses only the highest-quality hardware from industry-leading brands, including Corsair, ASUS, Samsung and more. AlphaSync gaming PCs have meticulous cable management, stunning RGB lighting and pre-configured software for your peace of mind, so you can get straight into the game.

Since AlphaSync gaming PCs come assembled with warranties – 1 years parts and 3 years labour – you won’t have to contact several support channels and worry about faulty hardware. When you’ve spent a long day’s work dreaming about a game, the last thing you want is to diagnose and troubleshoot a tech problem in your free time. If you ever encounter a problem with your AlphaSync gaming PC, or simple need some advice on how to set it up, the AlphaSync support team can lend a help handing as they’re only an email or phone call away.

If needs be, having one port of call also makes returns easier. AlphaSync will arrange a courier to pick up your gaming PC for a repair or replacement. No to dismantle the gaming PC, box up the hardware piece-by-piece and request an RMA through separate support channels. AlphaSync will get you back in the game as soon as possible.

When it comes to a gaming PC, performance matters most. However, it’s sometimes unclear how a given gaming PC will run the latest games from its tech-specs alone. It’s all well and good to have a gaming PC decked out with powerful hardware, but how exactly does a ‘hexa-core, multi-threaded CPU running at 4GHz’ and a ‘NVIDIA GeForce RTX 3060 Ti with 8GB of GDDR6 VRAM’ translate to real-world gaming performance?

If you don’t keep up with tech news, reviews and benchmarks religiously, the confusing naming schemes of hardware can easily go over your head. Even as tech enthusiasts, we admit it’s sometimes a challenge to follow and remember how each piece of hardware ranks in terms of performance. For instance, the Intel 12600K – is that a ten-core CPU, how many more frames-per-second would an Intel 12700K get you?

Fortunately, AlphaSync makes it way simpler, as they have a section dedicated to gaming benchmarks in the description of each of their gaming PCs. All on one page, you’ll be able to clearly find the tech-specs of an AlphaSync gaming PC and how it performs in a wide selection of the latest games, at a variety of resolutions and graphical pre-sets.

If you want to know how many frames-per-second an AlphaSync gaming PC gets at a high graphical pre-set and 1440p in say, Call of Duty Warzone, it’s right there in the description. There are also benchmarks for high-speed racing games like Dirt 5 and Forza Horizon 5, single-player action-adventure games like Far Cry 6 and Shadow of the Tomb Raider, and more.

This means you won’t have to scour the web, hopping between hardware-enthusiast forums and YouTube videos for benchmarks that don’t even match with an AlphaSync gaming PC spec-for-spec. Maybe they’ve got RAM clocked differently, or a computer case with airflow that’s influencing boost clocks and gaming performance, as detailed in our blog PC cooling – what you need to know. The benchmarks found below an AlphaSync gaming PC are representative of exactly the performance you can expect. They’re an invaluable resource for gamers looking to make a more informed purchasing decision. This transparency and understanding of gaming performance is why many gamers choose an AlphaSync gaming PC.

As you’ve no doubt heard, sourcing the parts to build your own gaming PC isn’t as easy as it should be right now. Hardware is in hot demand, so there’s a chance you won’t be able to find the final part that’s needed to complete your build, for an unknown amount of time. For more information, check out our blog Gaming in 2022 – what you need to know. No-one wants a pile of hardware they can’t do anything with as it’s missing a piece. It’s why an AlphaSync gaming PCs are proving popular, even among seasoned PC builders.

As a system integrator, AlphaSync has more direct access to hard-to-find hardware than an average consumer. This means AlphaSync can supply gaming PCs equipped with the hardware gamers crave. An AlphaSync gaming PC is a reliable and guaranteed way for gamers to get their hands on the latest and greatest hardware, without hassle or waiting around. AlphaSync won’t take orders for gaming PCs unless all of its parts are in stock and ready to go. As such, they’ll be able to process your order immediately and dispatch your brand-new gaming PC with next-day delivery, so you’ll be gaming in no time – not waiting.

What’s more, even though it’s assembled by professionals and shipped straight to your door in 24 hours, an AlphaSync gaming PC might work out cheaper than it’s to buy all the parts and do it yourself. As demand is so high for hardware at the moment (notably GPUs), you won’t only have trouble sourcing these hard-to-find parts, but you may also end up paying over-MSRP if you go down the self-build route.

Whereas AlphaSync, a highly reputable system integrator, can acquire their hardware in bulk at a discount to reduce their cost. If you were to replicate the spec-sheet of an AlphaSync gaming PC yourself, you’d be surprised. Tally up the cost of hardware alone, and you’ll soon realise how fantastic of a value an AlphaSync gaming PC is – never mind the fact it also grants you access to fast-response support team, warranties for parts and labour, and more.

Gamers have an unprecedented amount of choice of where to play their games, whether it’s on a smartphone, a more conventional game console or through a subscription service like Xbox Cloud Gaming. You can play on nearly any device nowadays. But there’s one premiere gaming platform that trumps them all – a gaming PC, and AlphaSync makes the best ones.

AlphaSync is exclusive to Ebuyer – you can’t get these gaming PCs anywhere else. So, click here to browse AlphaSync’s wide range of gaming PCs. They’ve got rigs for gamers on a budget and for maxed-out graphics, some of which we’ve covered in our round-up blog. AlphaSync gaming PCs also receive rave reviews – we looked at a few to find out why in our blog, here.

Corsair iCUE – What you need to know