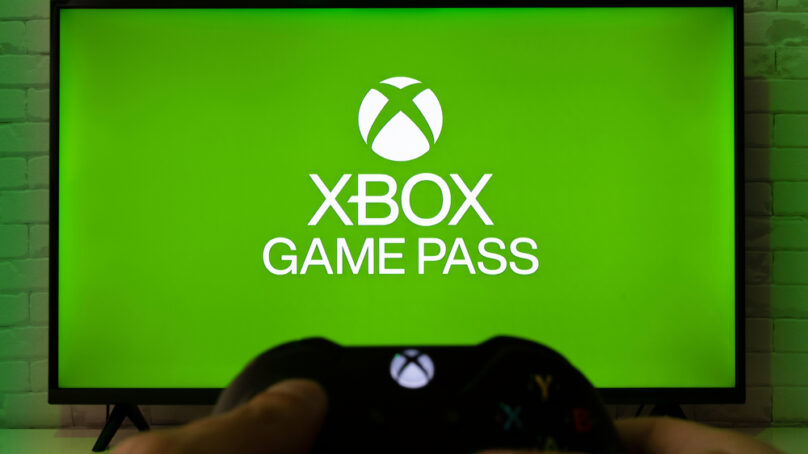 Right now, Xbox Game Pass is easily the best deal in gaming. If you haven’t signed up already, here are some reasons why you should strongly consider it. Xbox Game Pass is going to have a huge impact on the way we value games, and industry at large.

From PlayStation Now to Apple Arcade, we’ve seen many gaming-focused subscription services crop up in the wake of Netflix’s world-wide success.

None, however, have approached the sheer breadth of what’s offered on Xbox Game Pass. As of early February, there are well over 400 games playable across both Xbox Game Pass for Console and PC Game Pass. That’s an enormous catalogue of games – you’ll never run out of something to play!

Xbox isn’t showing any signs of slowing down, either. It’s a big bet, and they’re all-in on this future of gaming.

Xbox Game Pass isn’t bulked out with scraps from the bargain bin. Many of the year’s biggest releases end up on Xbox Game Pass. Of course, taking centre stage are Xbox Game Studio’s own releases from iconic franchises like Forza Horizon, Gears of Wars and Halo.

Plenty of third-party games make up Xbox Game Pass’s catalogue, from the entirety of the Hitman trilogy to the fan-favourite Mass Effect. It’s nicely rounded out with a curated selection of indies too – we’ll recommend some in our upcoming list of Top 10 Xbox Game Pass games.

This is only a tiny sliver of games, but it so perfectly illustrates what’s so good about Xbox Game Pass – the extensive selection from a wide range of genres. Off the top of our heads, we’ve already mentioned an open world racing game, a multi-player first-person shooter, an epic sci-fi role-playing game and more.

Your Next Favourite Game

Xbox Game Pass has games you know you’ll love, but you can also try something new you might otherwise skip. Even though it was way outside their comfort zone, look at how many players gave Microsoft Flight Simulator a go.

If it wasn’t on Xbox Game Pass, not nearly as many non-hardcore simmers would’ve downloaded Microsoft Flight Simulator simply because it piqued their curiosity.

With Xbox Game Pass, download games to your heart’s content! You might stumble upon your next favourite game. If not, all that you’ll lose is some internet bandwidth.

Day One on Xbox Game Pass

For many gamers, the most exciting prospect of Xbox Game Pass is that many of the year’s hyped-up games debut day one on the service, at no extra charge. Rest assured, in the future you can expect every Xbox Game Studio game to be playable on Xbox Game Pass the same day as release.

If you haven’t kept your eyes on gaming news, Xbox has made some industry-changing deals recently, and acquired two big-ticket publishers – Bethesda and Activision-Blizzard. Xbox has already completed the buy-out of Bethesda. After Xbox’s announcement that it is acquiring Activision Blizzard, Phil Spencer, CEO of Microsoft Gaming, said:

What does this mean for gamers? Games from Bethesda like Starfield and, at long last, The Elder Scrolls 6 will be available on Xbox Game Pass from day one.

Overwatch 2, Diablo 4 and Blizzard’s recently announced project will be right there too. Even Call of Duty, ones of gaming’s biggest franchises, will be a part of your monthly subscription.

They’ll no longer be £50-or-more release day purchases – an argument that makes too much economic sense to pass up.

The Best Deal in Gaming

Towards the end of 2021, we saw an impressive string of launches on Xbox Game Pass month after month – Age of Empires 4 in October, Forza Horizon 5 in November and Halo Infinite in December.

If you weren’t subscribed to Xbox Game Pass, each of these games would’ve cost at least £50, leading many gamers to pick-and-choose the one triple-A game they wanted to play over the holiday season.

That’s on PC too, where prices are often lower than their console counterparts. Newly released games have rocketed up in price and are sky high. Nowadays, you’re looking at £50 as the bare minimum. Next-gen exclusives and big-name franchises fetch an even higher price on console – up to an eye-watering £70.

One you’ve factored in the outlay for a gaming device itself, paying for online services on console and games, the price quickly adds up.

Crunch the numbers and you’ll soon realise that Xbox Game Pass is astonishingly good value. Day one releases, a huge library of games and more – it’s the best deal in gaming.

Recently, we compared each tier of Xbox Game Pass if you’d like to find out which one’s best suited to you. Xbox Game Pass Ultimate has must-have features for console games. What’s more, check out Ebuyer for savings on Xbox Game Pass download codes for an even greater value.

A subscription to any tier of Xbox Game Pass also grants you a decent member’s discount. Up to 20% off games in the Xbox Game Pass catalogue, and 10% ‘game-related’ purchases, as in downloadable content and micro-transactions. Perfect if you’re saving up in-game credits to unlock a premium battle-pass or a limited-time cosmetic.

The only caveat with Xbox Game Pass is that for as many new games introduced to the service each month, you’ve got to say goodbye to some older ones. Otherwise, the service would inflate to an unsustainable size and burst.

First-party games, ones owned by Xbox, might as well be permanent fixtures of Xbox Game Pass. Halo, Gears of War and more – these well-known Xbox franchises and mainstays, drawing crowds to Xbox Game Pass. It’s third-party games which are cycled on-and-off the service, however. Most games tend to stay on Xbox Game Pass for at least six months or so, if not a whole year.

Xbox lets you know well ahead of time when a game is scheduled to depart in the ‘Leaving Soon’ tab of the Xbox Game Pass application, and near the end of their ‘Coming Soon to Xbox Game Pass’ blogs. So, don’t worry, you’ll be given enough notice to clear up any missing achievements or to quickly run through a game’s campaign.

That’s not to say those titles will never return. We’ve seen instances of games delisted from the service, only to resurface later on. Xbox Game Pass is a great tool for discovering your next favourite game. Take advantage of the member’s discount to buy a game outright and play it for years to come, whether you’ve paused your subscription, or the game has been removed from the service.

Consoles are deeply engrained in the DNA of Xbox, stretching far back in time to 2001 with the original Xbox. However, is the form-factor of a console curbing the potential audience for gaming – how do you convince a non-gamer who’s never touched a controller to fork over a chunk of change for a consoles and increasingly expensive games?

Microsoft’s end goal with Xbox Game Pass is to set Xbox as an ecosystem – not strictly as a console – and put it in as many people’s hands as they can. Recently, we’ve witnessed this as Xbox moving away from locked-down console exclusives and embracing PC gaming. Nowadays, when you see ‘Xbox exclusive’ as part of a game’s marketing, you can assume it means Xbox consoles and PC. ‘Xbox’ no longer refers to just the console itself, but to a broader ecosystem of consoles, PCs and now cloud streaming.

Play on any device

Look at the enormous subscriber figures of Netflix. A streaming service that’s enjoyed on devices people already own. With Xbox Game Pass and Xbox Cloud Gaming working in conjunction, Xbox can address audiences it hasn’t been able to in the past. Such as those who’ve no doubt dabbled in smartphone games, but haven’t quite made the leap to Xbox games. Or countries where regional pricing and steep government-imposed import fees makes a console an exorbitant investment, but people may have access to a smartphone.

Xbox Cloud Gaming lowers the bar to entry, so you can play Xbox Game Pass on any device. Whether that’s a console, gaming PC, non-gaming PC, smartphone or tablet – Xbox predicts a platform-agnostic future where games can be enjoyed anywhere with anyone. Hardcore gamers, it’s the perfect opportunity to get your non-gamer friends hooked! Plus, if you’re waiting to upgrade to a next-gen console, you can play next-gen games on your last-gen console through cloud gaming.

From making gaming more affordable, to introducing new genres to gamers and expanding the devices you can play games on. Xbox Game Pass is going to have huge implications on the gaming industry. If you want in on this future of gaming, check at Xbox Game Pass download codes, over at Ebuyer.