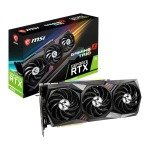 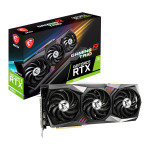 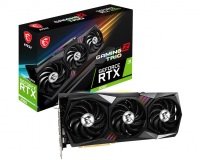 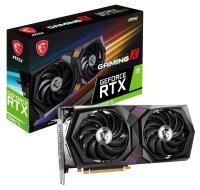 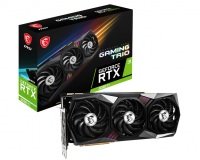 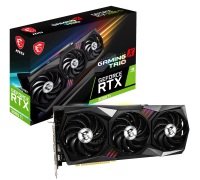 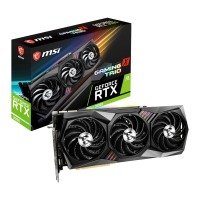 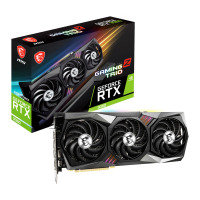 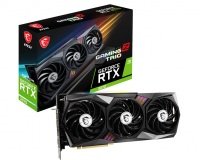 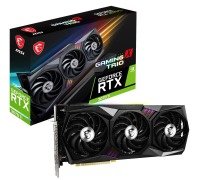 MSI are one of if not the largest manufacturer of NVIDIA graphics cards - simply look at how many MSI NVIDIA GPUs Ebuyer stocks. That's because MSI are an industry-leading brand of gaming-grade gear, they're right up there with the likes of ASUS and GIGABYTE. MSI manufacturers a wide range of gaming components, peripherals and devices, including motherboards, gaming monitors, gaming laptops and a whole lot more.

With how much they've got on offer, it's nearly possible to build an all-MSI gaming PC. However, the sheer quantity of MSI NVIDIA graphics cards can make it tricky to pick out which one's best for you. For instance, what is a MSI SUPRIM card, and how does it compare to a MSI VENTUS card? There's more than meets the eye, so let's walk through the key features of MSI NVIDIA GPU series to help you decide.

What are MSI SUPRIM cards?

It achieves such an eye-wating speed as SUPRIM cards have a robust, over-engineered cooling solution that ensures a NVIDIA GPU keeps cool, regardless of what's thrown at it. SUPRIM cards are equipped with TRI FROZR 2S, the latest iteration of MSI's cooling solution. It features TORX 4.0 fans for exceptional air pressure through the card's dense heatsink, precision-crafted heatpipes that maximise surface area and a copper baseplate for optimal heat transfer.

Nothing's cut from SUPRIM cards, they feature everything you'd want from a high-end NVIDIA GPU, including Dual-BIOS. Toggled on the card itself, Dual-BIOS lets you easily swap between two performance profiles: an all-out GAMING mode or a less intensive SILENT mode. SUPRIM cards tend to have an extra power connector over NVIDIA's reference design to allow for higher power limits and overclocks.

What are MSI VENTUS cards?

If you're after a high-performance NVIDIA graphics card but aren't fussed over the features that warrant a SURPIM card's high price tag, a VENTUS card is a great alternative.

As they resemble NVIDIA's reference design, you can think of MSI VENTUS cards as a more budget-friendly series. VENTUS cards are based on a generic PCB provided by NVIDIA, so you'll get the superb performance of RTX 30 Series GPUs, but not the extra power connectors and such of SUPRIM cards.

As a cost-saving measure, VENTUS cards feature no RGB LED lighting. RGB in no way influences performance, and depending on who you ask this might be seen as a positive!

What is MSI Afterburner?

There are three main components to MSI Afterburner that makes it so good: hardware monitoring, GPU overclocking and its on-screen display, as well as a couple other neat features like custom fan profiles and in-game video recording that's a decent alternative to NVIDIA's ShadowPlay in GeForce Experience.

While it may seem as if every NVIDIA GPU manufacturer has their own GPU software that perform near-identical roles to each other - MSI also has MSI Center for RGB lighting too - MSI Afterburner is the best of the bunch.

Even if you're not into overclocking your NVIDIA graphics card, having MSI Afterburner downloaded is highly valuable for monitoring various aspects of your gaming PC.

While other manufacturer's software may present you with a very basic suite of monitoring tools - core clocks, memory clocks and temperatures are most common - MSI Afterburner affords you a deep insight into every aspect of your graphics card.

From a card's VRAM utilisation to power consumption, you can use MSI Afterburner to check everything's working as intended. It's a great tool for identifying and diagnosing a problem with a game's performance.

MSI Afterburner isn't limited to monitoring your GPU either, it can also read and display monitor metrics for your CPU and RAM. It's a powerful program for a whole gaming PC, not just a MSI NVIDIA graphics card.

What's more, these metrics aren't restricted to a window that you have to alt-tab out of your game to view. They're assignable to a customisable on-screen display you can layer over your game at the press of a key.

MSI Afterburner's on-screen display is updated in real time, so you can get an accurate, second-to-second reading of how your gaming PC is performing.

For instance, you could create a small overlay that sits in the corner of your gaming monitor. It could show your MSI NVIDIA graphics card's utilisation and temperature, so in the middle of a game, you can quickly glance and see if it's overheating or if you're GPU-bottlenecked.

When overclocking, MSI Afterburner's on-screen display and monitoring tools prove to be invaluable for keeping a close eye on the card's stability. As you've got so many metrics at your disposal to inform an overclock, it's not as hard as you might think.

Bump up the sliders for clock frequencies and voltage, hop into a game a use the overlay to check if your card's safe and stable. If it is, repeat this process until you reach the card's limit. For even easier overclocks, MSI Afterburner includes an automated, one-click OC Scanner that finds and tests the best clocks for you.