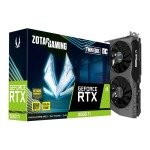 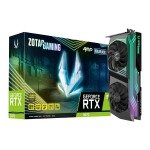 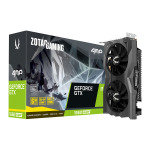 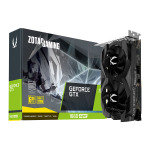 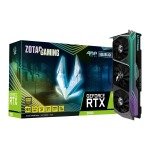 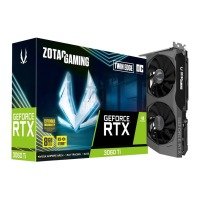 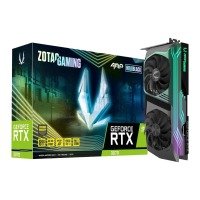 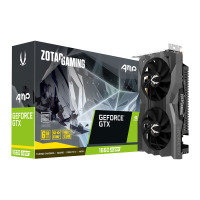 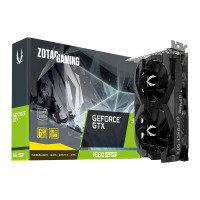 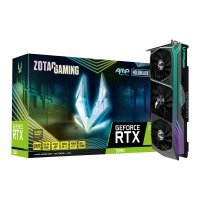 What are ZOTAC AMP graphics cards?

On Ebuyer, you'll see that ZOTAC's AMP series of NVIDIA graphics cards are by far their most prevalent. It's their flagship series and as such it's where you'll find their highest-end offerings, like the top-tier AMP Extreme.

An AMP card's outward-facing appearance is a clear upgrade over Trinity and Twin Edge cards, but it's what's underneath that makes them truly stand out.

AMP cards have dual-BIOS functionality, which proves to be a must-have feature for overclockers. A crash is only inevitable when testing the limit of a card's overclocking potential, but push it too far, and it can result in a corrupted, unrecoverable BIOS that prevents a gaming PC from booting.

In this scenario, dual-BIOS is a lifesaver. It lets you easily flick over to a secondary, non-corrupted BIOS and get right back into the game. It also makes flashing new firmware less daunting, as if anything were to go wrong, you always have a secondary BIOS to fall back to.

This is achieved by POWERBOOST, a temperature-resistant chip on AMP Extreme cards that helps regulate power delivery for faster and longer sustained boost clocks.

What are ZOTAC Trinity and Twin Edge graphics cards?

Alongside NVIDIA's launch of the RTX 30 Series, ZOTAC debuted two new series of graphics cards, Trinity and Twin Edge. As their names imply, Trinity cards use a triple-fan design, whereas Twin Edge cards use a dual-fan design.

The GPU shroud design of ZOTAC Trinity and Twin Edge cards are near identical too, except a Trinity card's triple-fan shroud is occupied with more RGB. There's not much else to it, so it's easy to decide which one's best for you.

If you've got the room for it, go for a ZOTAC Trinity card for its increased cooling potential. But seriously, double-check your computer case's dimensions to ensure it can fit these extra-long graphics cards. For those running a smaller form-factor PC, like in a Micro ATX case, you will appreciate a more condensed ZOTAC Twin Edge card.

What is ZOTAC IceStorm?

What's important to understand is that AMP, Trinity and Twin Edge graphics cards all use ZOTAC's IceStorm cooling solution. With RTX 30 Series graphics cards, IceStorm is in its '2.0' iteration, making it even more effective at keeping your ZOTAC NVIDIA graphics card cool.

IceStorm 2.0 features a new, 11-blade fan design for up to a 10% improvement to airflow over ZOTAC's last-gen design, as well as a revised heatsink that covers more of the card for lower temperatures and higher performance.

What is ZOTAC FREEZE?

Some ZOTAC cards also feature FREEZE, a technology that lets a card's fans to drop down to 0-RPM and stop spinning at low temperatures, only spooling up as needed.

This is ideal when your card is running at idle and not seeing any use, like when you're browsing the desktop. As there's no heavy load placed on the card, it can be cooled passively and quietly instead.

What is ZOTAC FIRESTORM?

Control every aspect of your ZOTAC NVIDIA graphics card with FIRESTORM. It's in this program where you'll find a suite of tools for extracting the best performance from your ZOTAC card.

At the centre of FIRESTORM are panels for monitoring core clocks, memory clocks and temperatures in real-time, giving you a clear view of how your card is performing and behaving.

FIRESTORM then lets you overclock with manual, fine-tune adjustment using a range of sliders. Or for easy, on-click overclock, use the built-in OC Scanner. It's a great alternative for inexperienced overclockers as it will analyse and calculate the best clocks for you.

What is ZOTAC SPECTRA?

SPECTRA, included as part of FIRESTORM, is ZOTAC's utility for customising the RGB of ZOTAC NVIDIA graphics cards. In it, you'll be able to adjust colours, effects, and more - or turn RGB off if you so wish.

SPECTRA saves your lighting profile to the card itself, so you don't need FIRESTORM running in the background for RGB to work, saving on resources.