Get your Gaming PC now! We have a gaming computer to suit all budgets (5 products)

High quality pre-built gaming PCs for every budget. From cheap PCs for gaming to high-end models

If you're an avid gamer, you might not have the time or the cash to build your own gaming computer from scratch. Why not buy one of our ready-made gaming PCs? Browse everything from cheap gaming PCs to fully fledged, high-spec and premium builds below.

Not everyone has time to build their own gaming PC, which is why we offer a wide-range of gaming computers with different performance and price points. Whether you're a casual gamer, a moderate player, or fancy yourself as an e-sports competitor, you're sure to find a rig will give you the performance you need.

Read more about Get your Gaming PC now! We have a gaming computer to suit all budgets 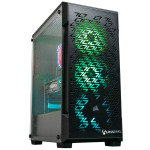 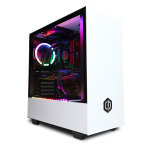 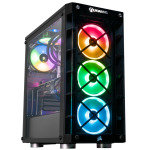 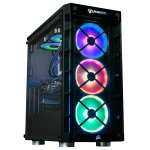 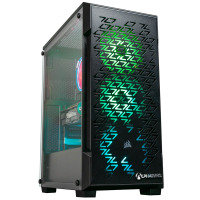 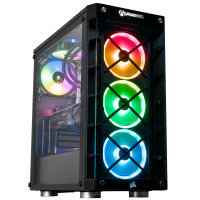 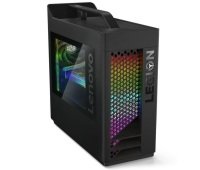 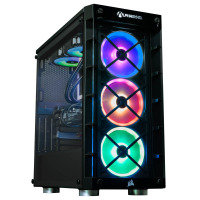 How much does it cost for a decent gaming PC?

The price of a PC for gaming varies widely. It is possible to find a cheap gaming computer set-up, but it will have lower specs and struggle to hit 60fps in modern titles. You may need to run games at lower graphics settings in some circumstances.

How are gaming computers priced?

The price of a gaming PC entirely relies on the price of the hardware on board a cutting-edge processor with a high number of CPU cores, and a more advanced graphics card are both requirements of running intense programs such as games that will increase the price of the rig.

For under five hundred pounds, you can expect mid-level specs that will run most games well enough, but settings may have to be lowered in some cases to ensure smooth game play in more intense titles. Get your new gaming computer now!

You can expect hardware such as AMD Ryzen 3 or 5 processors on board, and graphics cards around the spec of the AMD Radeon Vega 8. Take a look rigs such as the Cyberpower A10 9700 8GB RAM 1TB HDD Win10 Gaming PC or the Punch Technology Ryzen 5 Gaming PC above. And don't forget the brilliant AlphaSync range of gaming PCs at prices which are hard to beat!

Check out our blog for articles and features on gaming and gaming pcs, like the ones below