Apple laptops have a reputation for being the best around. For work or play, you can guarantee that Apple MacBooks will deliver. Providing portable power, you'll find that an Apple MacBook Pro is a pleasure to use. Cutting-edge technology is designed to help you be more productive whilst enjoying the experience of working on top-of-the-range tech. MacBooks are high-performance models which are faster, quieter and extremely efficient. 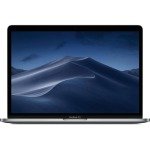 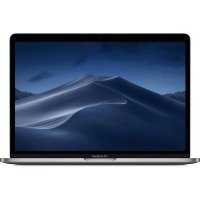 Outstanding MacBooks give you everything you need

Known for creating superior high-tech laptops, Apple computers have some truly special features. Whether you're new to the Apple family or looking for your next Apple product, you'll find a variety of styles, sizes, specifications and prices in the Ebuyer range.

There are so many manufacturers of PCs out there boasting a wide range of whistles and bells and speeds and sizes, it is almost impossible to know whether you are getting the right, or best, deal. When it comes to Apple and the Mac, you can be assured you are getting a high-end and well-respected product. On top of that, Apple MacBooks are loaded with lots of software you would have to buy as extra with a standard PC.

How many types of Apple laptop are there?

There are 3 main types of Apple laptop - MacBook Air, MacBook and MacBook Pro:

The most affordable of the range, the MacBook Air has a 13-inch screen and a multi-touch trackpad. Its processor capability can be placed somewhere between the super powerful MacBook Pro and the perfectly capable MacBook. It has a less powerful Turbo Boost than the others, at 3.2GHz, but still easily manages 12 hours of battery life and has enough storage for most people in the form of a 512GB SSD.

The classic MacBook comes in a variety of specifications. You can tailor it to include the processor you need (spanning m3, i5 or i7), as well as make the most of the 3.6GHz Turbo Boost. It's got a Force Touch track pad and you can customise the colour - it's a super versatile, super-capable laptop inside and out.

The MacBook Pro comes in three specs. It's got the best options in terms of processors out of all three, as well as the most options in screen size, making it the most powerful Apple laptop. You can also get the Touch Bar and Touch ID features on MacBook Pros.

Mac users are still living in relative bliss with the lack of viruses, spyware and malware. Apple has much less of a problem than most, as the majority of viruses are targeted at Windows-based PCs.

Can you run Windows on a mac?

Yes, you can. Apple allows Windows to be installed via its own Boot Camp, or you can use a third-party program, such as Parallels, VMWare Fusion or VirtualBox. This means that you can access to virtually any software you want - including Word, Excel and PowerPoint.