More than any other console manufacturer, Xbox's taken a forward-thinking, progressive approach to their ecosystem this generation. Be on the bleeding-edge with a Xbox console. 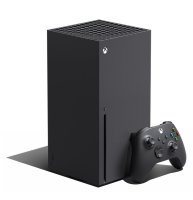 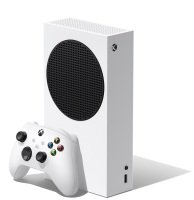 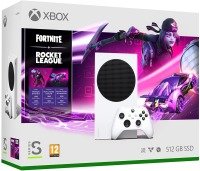 Traditionally, you'd think of gaming consoles as enclosed, locked-down platforms. Their systems, controllers, games and more - the manufacturers are ultimately 'in charge' of your experience, whether you like it or not.

It's party why so many people have transition to gaming PCs over the years. They at least want to be presented with a choice, 'freedom' to carefully curate their own ideal experience.

Microsoft's realised this, slowly but surely unlocking the true potential of the Xbox ecosystem by removing archaic, unnecessary restrictions and facilitating more ways to play.

It starts with the hardware itself. Microsoft's offering up not one, but two truly next-generation systems with the Xbox Series line-up of consoles for more consumer choice.

If you demand unmatched performance, then the Xbox Series X represents the fastest, most powerful Xbox ever. Whereas the accessibly priced Xbox Series S is the smallest, sleekest Xbox ever.

Crucially, both can power all the next-generational experience, just at varying levels of image quality.

Frequently aligned with Netflix, it's a monthly subscription service with well over a hundred games included and more continually added -- you'll never run out of games to play.

No game left behind, bring you favourite games forward with backwards compatibility. Play thousands of games from the Original Xbox, Xbox 360 and Xbox One on your Xbox Series console.

Thanks to the power of the Xbox Series console, Microsoft's even enhancing the library with high resolutions, frame rates and Auto HDR.

Your collection of Xbox One gaming accessories aren't condemned to collecting dust forever, however, as they're compatible with the Xbox Series consoles.

Buy once, play anywhere with Xbox's 'Play Anywhere' initiative. On supported titles, play on Xbox and Windows 10 PC at no additional cost. Progress goes with you, including all your achievements, saves and game add-ons.