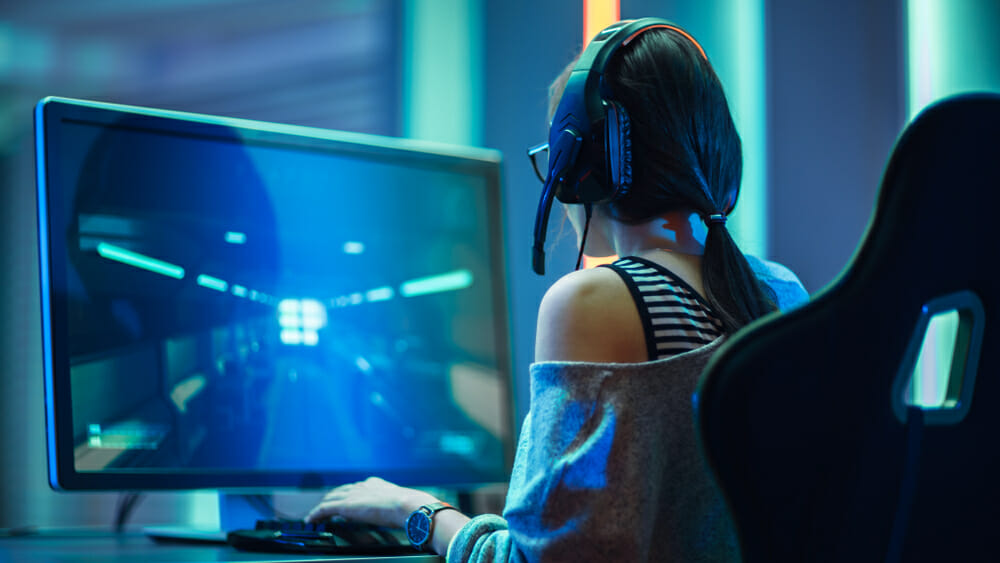 Microsoft Windows 10 is now firmly established as the premiere choice of gamers when selecting an Operating System for their computers. But what’s the big appeal about Windows 10? And what are the key benefits for gamers?

Windows 10 features an application programming interface called DirectX 12. In simple terms, this is what games use to communicate with your computer. DirectX 12 brings tons of new features and advantages, including the ability for graphics cards to use more than one core of a computer’s CPU at the same time.

Basically, this means that Windows maximises the system resources games get to help them run efficiently. Gamers will appreciate this during those intense battles where a split second could be the difference between life and death on-screen. DirectX 12 gives you massively improved performance which pushes the limits of graphics and realism.

Speed is the key

DirectX 12 also uses much less power than previous DirectX versions and can use the integrated graphics card as a co-processor to the dedicated graphics card on computers with two graphics cards. Without getting too bogged-down in technical jargon, having DirectX 12 means you can move out of the slow lane and whizz along the super-highway instead!

Windows 10 comes with the ‘Game bar’. This enables you to record game clips or take screenshots from games you already have. All you have to do is hit Windows + G, and the Game bar pops up and then you can easily post your clip on to YouTube or other social networks. And let’s not forget that lots of great games are coming to Windows 10 – the list is getting longer by the day!

Be part of the future

As an integral part in all AlphaSync gaming PCs, Windows 10 provides increased function and versatility. Hand-built in the UK, AlphaSync computers are at the forefront of gaming technology. Using only the highest-quality branded components combined with rigorous quality control, AlphaSync and Windows 10 represent the ultimate gaming experience.

As a PC gamer you may be wondering what the Xbox has to do with you? Well, Windows 10 comes with the new Xbox app built-in. The Xbox app connects you with largest gaming community across Windows 10 devices and Xbox One. You can voice and text chat from PC to PC and PC to console, even while playing your existing PC games.

New games such as Gigantic and Fable Legends use the Xbox Live multiplayer service (which is totally free on PC) and let you play with or against players on Xbox One. It’s so versatile and ultra-easy to use.

As an added bonus, Xbox Live cloud saves let you start a game on one device and pick up where you left off on another. You really do get the best of both worlds: the PC games you can’t get enough of, along with access to the console experience when you want it, without leaving your PC.

So, there are many benefits to gaming on Windows 10, all you have to do now is put them in to action!