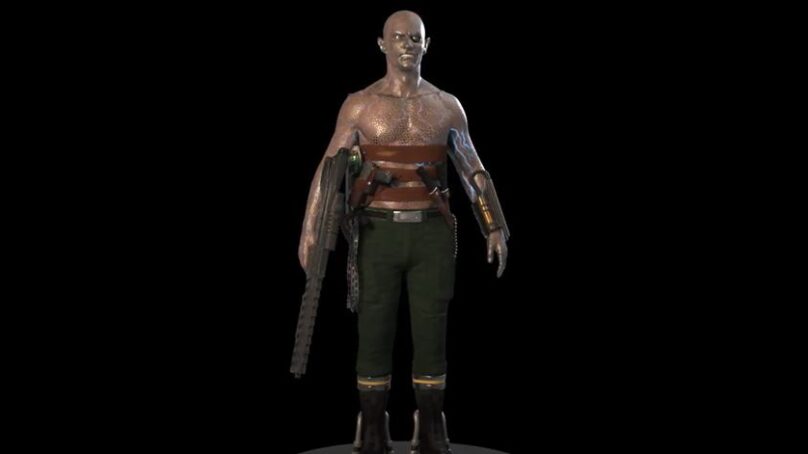 What makes the ultimate video game character for a frontline war game? Is it bulletproof skin? Super strength? Maybe a streamlined, multi-purpose exo-suit? Whether they’re your own custom-made character, the leader of a horde of mindless world-devouring drones, or the game’s domineering final boss, gamers can all agree that the ultimate video game character needs a few very specific things.

We interviewed 1,000 gamers to get their opinion on what modifications and attachments would be required to create the ultimate gaming character for frontline combat and special operations alike. Some of the results were must have options that anyone would want, others came as a pleasant, if deadly, surprise.

So, is the ultimate character male, female, or genderless? As it turns out, this decision was incredibly close, with all three genders being particularly popular. 32.6% of gamers settled for a male character, with 30.3% opting for a genderless person, and 26.1% favouring a female combatant.

While a male preference was most popular, the minimal gap between percentages only goes to show how diverse and popular gaming is across all genders.

Let’s touch on the most important characteristics first, the senses. All gamers know how vital it is to spot and track you enemies, so it’s unsurprising that 36.6% of gamers selected bio-mechanical eyes over a clumsy visor. These are capable of zooming in with pinpoint accuracy while automatically tagging and tracking your enemies.

On top of this, 48% of those surveyed picked night vision, a must have for any special operation, though 32.9% felt that thermal vision might be more appropriate for picking out anyone in a ghillie suit. 30.9% of gamers decided perfect hearing was another great addition, allowing the ultimate video game character to pinpoint any sound to its direct location. And as a bonus, their expanded hearing allows them to hear a variety of different wavelengths we average humans can’t.

Of course, some gamers just want to get up close and personal; very personal. 10.9% decided that the addition of razor-sharp teeth would make for a nasty surprise for anyone who got into biting range.

Armour is cool and all, but sometimes it just gets in the way. Our survey showed that 33.7% of gamers would rather have a character with bulletproof skin, even going so far as using nanotechnology and magnetism in the bloodstream to propel projectiles away from them like a shield. This allows them to drop any armour entirely for increased manoeuvrability and speed.

A further 31.5% said they’d like their character to be able to camouflage with their surroundings, and 26% favoured straight-up invisibility, again using nanotechnology in the skin to bend light waves around them. For utility purposes, 23.7% of gamers decided fireproof skin would also be incredibly useful. Who wouldn’t want fireproof skin anyway? Let’s face it, fire is a dangerous and frustrating hazard in any video game.

But bulletproof skin won’t stop a rocket, tank shell, or knife for that matter, (not that you’d want to get close given the acid blood running through the ultimate video game character’s veins).

Fortunately, 30.4% continued down the nanotech route to give themselves rapid regeneration. With artificial cells that can seamlessly mimic any part of the body until replaced, the ultimate video game character is going to be tough to take down without some specialist tricks up your sleeve.

With perfect hearing, bullet and fireproof skin, and regeneration, you might think the ultimate gaming character would be complete. But it seems gamers are all about getting creative when it comes to surprising the enemy. Not only did 23.4% select titanium bones for added durability, 10.8% decided that upon death, the ultimate gaming character would explode. Besides the power of this kinetic blast, this explosion would propel their titanium bones into surrounding enemies, immobilising them before the bones also explode.

But even with all these bio-mechanical benefits, no frontline or spec-ops character would be complete without a suite of weapons at their disposal. The ultimate gaming character has exactly what they need to get every job done.

For starters, the ultimate video game character is packing a ‘KRONOS’ model assault rifle. The latest in near-future gun-tech is ideal for mid-long-range combat and was favoured by a whopping 50.5% of those surveyed.

For a close-range options, 28.8% of gamers settled on the rapid fire ‘Glock 2048’, while another 27.6% selected a razor-sharp military knife. Explosives are also on the table. 32.6% of everyone we asked wanted a character with specialised hand-grenades, and 21.6% opted to include a back-mounted, miniaturised multi-pod rocket launcher for hardened targets.

And things only get more exotic from there. While a full exo-suit wasn’t favoured, the inclusion of preying-mantis style arms capable of impaling any enemies that get too close was favourite choice for 19.4% of people, while another 14.5% wanted the omni-lasso, a chain lasso of razor-sharp interlinking squares capable of cutting through anything in any direction.

And finally, what video game character wouldn’t be complete with the addition of a wrist pad capable of GPS, radar tracking, a flame/ice thrower for enemies and environmental obstacles alike, and jet boots for yet more manoeuvrability. Why? Because jet boots are awesome.

So, whether you’re using them to stomp your enemies into the ground or facing them in a final confrontation, like in the greatest bosses of COD, Warframe, and Gears of War, the ultimate video game character is going to be tough to take down.

You can see the final design of everyone’s favourite options right here. You can also check-out the Ebuyer Gaming Hub for other gaming and tech insights, and if you’re ready to upgrade your gaming PC to take on the latest triple-A games, you’ll find all the components you need on our website.

Can you game on integrated graphics?