How much RAM do you REALLY need? 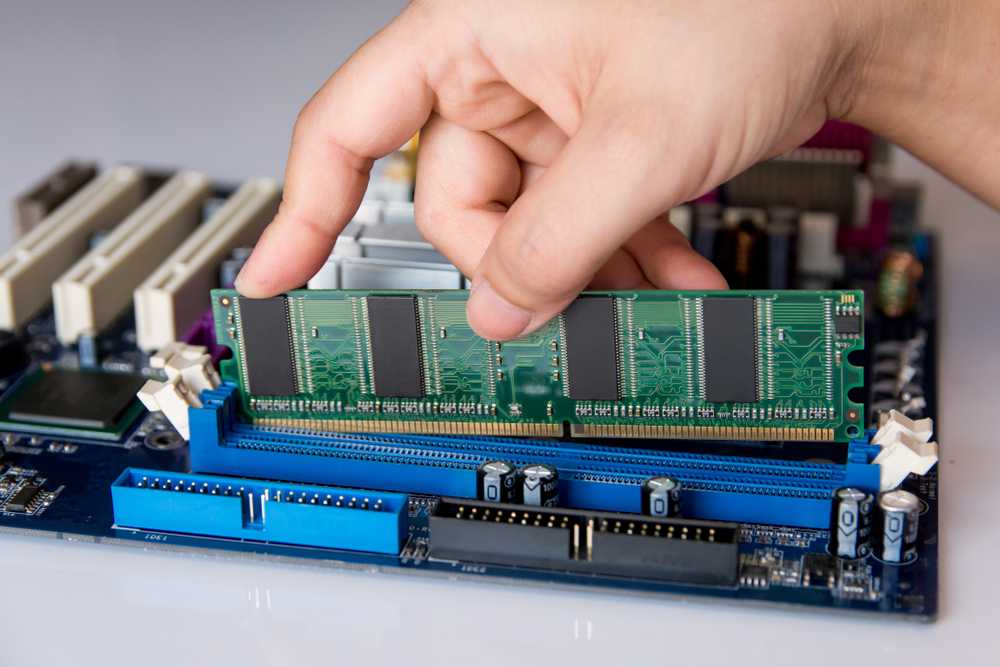 Random access memory (RAM) or simply ‘memory,’ is crucial to any computer. Modern PCs, tablets and mobiles usually have from 2GB up to 32GB of RAM. Some models have more, but how much do you really need? It’s pointless having tons of RAM just for the sake of it.

Unlike a lot of components, more RAM isn’t always better. It’s not worse, but just like storage space, you only need the RAM you’ll actually use.

The applications you use are important for figuring out how much RAM you need, but your operating system is important, too. Windows 10 takes about 2GB of RAM on its own, while the Chrome OS takes much less. So already you can see how your Ram is quickly accounted for by your computer.

Why is RAM important?

RAM is important because it eliminates the need to ‘swap’ programs in and out. But what do we mean by that? Well, when you run a program such as a word processor or an Internet browser, the microprocessor in your computer pulls the executable file (.exe) off the hard disk and loads it into RAM. Large programs like Microsoft Word or Excel use large amounts of memory. The microprocessor also pulls in a number of shared dynamic link libraries (DLLs) – shared pieces of code used by multiple applications. The DLLs take many more megabytes.

Then, the microprocessor loads in the data files that you want to view, which might total several megabytes if you are looking at more than one document or browsing a page with a lot of graphics. So, this means that a big application can easily take 100 megabytes of RAM or more, which can slow your system down significantly if there isn’t enough memory. On your machine, at any given time you might have the following applications running:

…The list goes on, and we’ve all done it. Infact, we dare bet that if you look at your computer right now, you probably have around ten apps running… Besides all of those applications, the operating system itself is taking up a good bit of space. Everything together may need more RAM than your machine has.

To be honest, there’s not a lot of difference between 8GB and 16 GB of RAM. If you’re doing office work and more basic games, then you really won’t notice a massive difference between the two. However, if you’re wanting to do video editing, play the very latest high-end games you’ll definitely need more…

Let’s take a look at typical daily use. You should be fine with 8GB as that will enable you to use Word, search the net, watch YouTube videos and do general tasks such as spreadsheets and the like.

HOW TO INSTALL RAM

How much RAM do you need to play the latest games?

To play the latest releases, don’t think of going for anything less than 16GB. Even then, new releases will probably use up all of your 16GB capacity. If you’re a professional or someone who uses a lot of video/audio editing the difference in the amount of RAM you have will be noticeable. 32GB is definitely needed if you’re performing these sorts of tasks.

Where does all the extra RAM space come from?

Are you ready for the technical bit? Hang in there, it won’t take long: The extra space in your computer’s RAM is created by an important operating system component called the virtual memory manager (VMM).

The VMM is really clever because it searches sections on your computer that aren’t needed – and then it places these sections of RAM into what is called a swap file, on the hard disk. Yeah, that does sound a bit complicated, but let’s look at an example of what we mean:

Let’s say you’ve got your email program open even though you haven’t used it during the last hour or so. The VMM moves all the bytes making up the email programs .exe, DLLs and data out to the hard disc. This is known as ‘swapping out the program’. But what happens when you want to use email again? Well, VMM swaps all the bytes back from the hard disk and will likely swap something out at the same time. It’s really clever and makes the best use of your computer, keeping it running efficiently.

When do you stop adding RAM – or do you carry on forever?

If you don’t have much RAM, then the VMM has to work harder and is continually swapping things out as you go along. When this happens, your computer will be operating really slowly and things are going to take time – and will most likely drive you up the wall. When you add more RAM, you may notice the swapping when you open a new program. The thing is, once your computer has more RAM than the software running on your machine uses, then the VMM can operate smoothly – and simply adding more memory will have no effect whatsoever. So, don’t buy more RAM unnecessarily as it won’t improve the speed of your computer at all.

How to Check How Much RAM You Have on Windows

You can check how much RAM you have in a variety of quick ways.

On Windows 10, use the Task Manager. Right-click your taskbar and select “Task Manager” or press Ctrl+Shift+Esc to open it. Click the “Performance” tab and select “Memory” in the left pane. If you don’t see any tabs, click “More Details” first.

Displayed here is the total amount of RAM you have installed on your computer. Of course, if you haven’t added any RAM since you bought your computer, you can refer to the model online and find out that way.

You can use Photoshop CC with the minimum 2.5GB required, but you’ll see better performance and better photo handling with more RAM. Definitely go for a minimum of 8GB if you regularly edit photos.

8GB will suffice if you want decent performance on the less demanding titles. However, 16GB is what you need for the latest hits. For streaming and Twitch then go for 32GB, which you’ll find on many gaming PCs.

8GB of Ram is recommended for busy workers who tend to run multiple applications along with a selection of tabs.

There’s no big secret to RAM – you just need to have more memory than you’ll actually use. Keep this in mind and you can’t go wrong. As you approach the limits of your memory, the impact on your productivity and user experience will be felt more and more, right up until you’re going really slowly and frustration sets in. But don’t despair…

The good news is that, as PC components go, RAM is affordable and easy to install. If you want a quick way to upgrade your laptop, adding some RAM is a great place to start, and is something even a beginner can do quickly. Always refer to the manufacturer’s instructions and look online for instructional videos.

Here are some games that require around 12GB to 16GB RAM to run smoothly on high settings:

If you’re looking for RAM, or other tech, take a look at our ranges here.