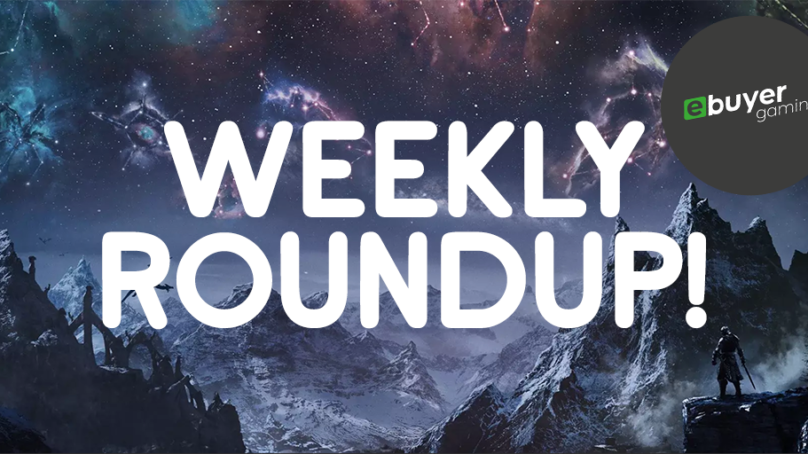 Skyrim re-released for the forth time – Weekly roundup

Skyrim re-released for forth time

November 11th 2011 – or simply 11/11/11 – is an instantly recognisable date, lodged firmly in the brains of gamers. It boldly marks the launch of one of the most influential games in recent memory, transforming developer’s approach to the open-world RPG formula, for better or worse – The Elder Scrolls V: Skyrim.

For Skyrim fanatics who’ve carefully curated a pristine selection of must-have mods, don’t worry. Anniversary Edition is technically based on the previous Special Edition iteration of Skyrim, so mod compatibility won’t break. This is Skyrim’s fourth (yes, fourth) re-release and is primarily targeted at next-generation consoles. Though, if you already own the Special Edition, it’ll be receiving a free next-generation upgrade.

Thank you for joining us in Skyrim and sharing in some of our favorite memories.

Check out some of the details of what we have planned for the #Skyrim10 anniversary here: https://t.co/jKeernQ9l8 pic.twitter.com/uKeFwixif3

Anniversary Edition includes a decade’s-worth of content. From all the officially released DLC and expansions, to over 500 community-made add-ons from the Creation Club. As well as a brand-new fishing mini-game!

We’re sure fishing is a much-welcomed addition for heighten immersion (rather than wading through knee-high rivers and spam-clicking to hoover up fish), but it’s hard not to be at least a bit cynical following this announcement.

The game’s a decade old at this point. It coincidentally follows up the recent announcement of Grand Theft Auto 5, originally launched in 2013 with multiple re-releases, surpassing 150 million copies sold. Is this seriously the intended direction game development is heading, over a decade between series entries?

In typical industry fashion, The Elder Scroll VI was announced three years ago in an unnecessarily overproduced teaser trailer to basically say “we’re working on it”, which anyone could’ve easily guessed for such a highly anticipated game.

The question is not if but when. Considering Bethesda Softworks is currently preoccupied with Starfield, their first new universe in 25 years, The Elder Scroll VI is at least another three years off. Never mind their other hugely popular franchise Fallout.

Has games development ballooned to such an impossible scale it isn’t unreasonable to expect 10 years in-between releases? Perhaps Microsoft’s recent acquisition of Bethesda may improve the situation, lending a generous hand or off-loading IPs to other studios to lighten the load from Bethesda Softwork’s over-encumbered shoulders.

The hugely influential 90s first-person shooter Quake, from genre-defining developers id Software, plays a pivotal role in the establishment of the burgeoning and comically named ‘boomer shooter’ genre. Yet many haven’t experienced the classic’s gritty, gothic-inspired atmosphere and Nine Inch Nails soundtrack for themselves.

All eyes are intently focused on id’s towering achievement DOOM and its subsequent releases such as last year’s DOOM Eternal, which we regularly benchmark for its extremely performant frame rates.

It isn’t rebuilt from the ground up, with the iconic dark fantasy visuals reimagined in the process. Instead, it’s a deliberately faithful remaster courtesy of Nightdive Studios, the go-to developers for bringing back timeless classics to modern systems.

The remaster introduces togglable graphics enhancements like a dynamic shadow system and integrates expansions packs (including a brand-new one developed by MachineGames) directly into the base game. Thankfully, the game’s soundtrack remains completely intact and hasn’t disappeared due to unfortunate license negotiations.

Owners of the original version on Steams will automatically receive a free upgrade to the remastered version. It’s also coming to Xbox Game Pass, along with non-remastered versions of Quake 2 and Quake 3. Perhaps they’ll receive identical treatment in the near future. Are id Software potentially gauging interest in a series revival?

Intel, categorically known for its CPUs, is set to boldly breach and seriously shake up the well-established GPU market with their upcoming Alchemist dedicated GPUs, using Arc architecture, in early 2022.

To proudly demonstrate their confidence, Intel released an enticing preview of their AI-accelerated super sampling, ‘XeSS’, and the comparison shots are shockingly convincing.

In their real-time demonstration running on Unreal Engine, XeSS made 1080p look like 4K, effectively doubling performance. Interestingly, Intel is positioning XeSS as a completely open-source solution not exclusively intended for their upcoming hardware. Unlike current DLSS versions, it’ll run on any GPU.

This must be a particularly troublesome announcement for AMD however, as out of the big three companies, only their techniques doesn’t smartly leverage AI, which produces profoundly improved results. Theirs is essentially a primitive, post-process filter. We’ve detailed the difference here. Are AMD going to be left behind in an AI-accelerated future?

Psychonauts 2 is worth the wait – Weekly roundup