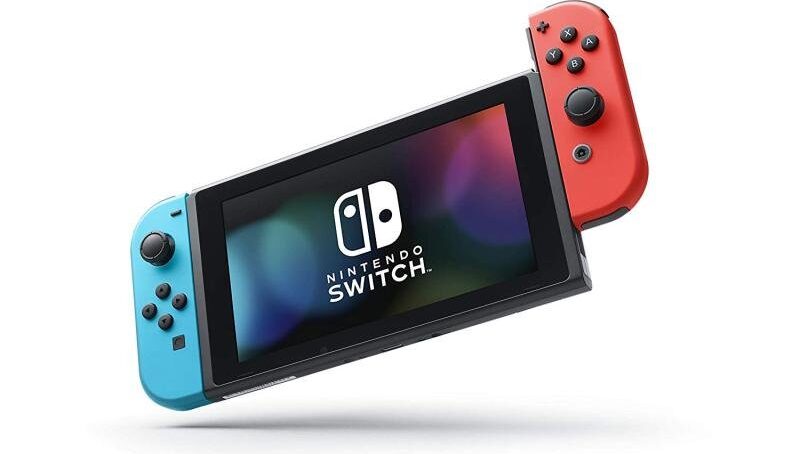 It’s hard to comprehend the original Nintendo Switch launched way back in early 2017. Even at release, it wasn’t exactly powerful, outclassed by dedicated, 4K-capable home consoles.

The revolutionary hybrid design made up for the frankly lacklustre specifications, but gamers have long awaited an upgraded model.

Gamers the world over are practically begging Nintendo for an upgraded model to throw their hard-earned money at, fuelled by circulating rumours of a ‘Pro’ model.

It’s an exciting prospect, the Switch needs all the additional horsepower it can get. It struggles to hold a stable a 30 frames-per-second target, regularly wavering below. Especially in 2021, with next-generation games slowly introduced, how’s a 2017 handheld supposed to keep pace?

Unfortunately for hard-core gamers, the illusive ‘Pro’ model hasn’t come to fruition. While the OLED model is powered by the same, ol’ reliable processor, it’s a substantial upgrade in other departments.

The Nintendo Switch’s screen was never particularly great, especially for a portability-focused device intended for use under the glare of over-head airport lights and blistering sun glares. The underperforming LCD panel, paired with the plastic screen produced a rather unpleasant, washed-out appearance.

The new model directly addresses this unfavourable characteristic, by introducing an OLED panel for a crisper experience. The infinitely deep blacks of OLED, routinely referred to as the best-in-class panel technology, produce a rich contrast conventional LCDs cannot compete with.

The screen size is enlarged too, going from a 6.2-inch display on the base model to a 7-inch display. Nintendo’s barely altered the form factor, at just 0.1-inches taller. Rather, they’ve shrunk the chunky bezels for an all-encompassing experience meaning your colourful collection of Joy-Cons are fully compatible.

Another highlight is the re-designed adjustable stand. The base model’s stand was an unsubstantial, flimsy cover for the SD card slot seemingly retrofitted to act as a ‘stand’. The upgraded stand spans the entire console for a sturdier table-top solution.

The on-board memory is doubled from just 32GB on the base model, to 64GB on the OLED model. Even the dock has received some much-needed attention. One of the USB ports has been subsidised for an ethernet port – fighting games fans rejoice.

Should you buy the Nintendo Switch OLED?

The Switch remains a top-selling console. For Nintendo, it doesn’t make business-sense to phase it out yet. Clearly, they believe people aren’t enticed by arbitrary measurements like ‘teraflops’, with no competition in the handheld-gaming space.

And, of course, it all returns to the games. Regardless of performance, landmark franchises like the eagerly awaited sequel to The Legend of Zelda: Breath of the Wild are only available on a Nintendo console. We’ve also covered Nintendo’s powerful and highly playable piece of development software, Game Builder Garage.

If you haven’t managed to pick up a Switch, this easily represents the best iteration yet.

For die-hand Switch fanatics, unless you’re really pining for an improved screen, you’d be better off waiting a while longer for a must-have upgrade.

Maybe Nintendo originally intended to release the ‘Pro’, but the current computer chip shortage made it near-impossible to source enough supply to make it worthwhile. The concept may be relegated to a dedicated ‘Switch 2’, later down the road.

Check out our range of Nintendo Switch consoles, over at Ebuyer.

Are you the new Ebuyer Gaming Guru?

NVIDIA DLSS is coming to Red Dead Redemption 2 next week