Developed in Japan, Nintendo has become a household name for ultimate gaming. Well known for its quirky games styles and portability, a Nintendo console is great for anyone who likes to take their game with them wherever they go. Built to last and providing excellent graphics quality, a Nintendo console makes a great choice for everyone. 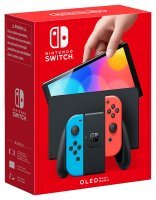 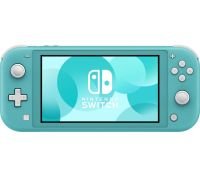 Nintendo remains a recognisable name in the video game industry. They're inextricably linked to very concept of gaming itself, producing some of the most influential franchises.

How'd the gaming landscape look without the monolithic landmarks of Mario, Zelda and Pokémon?

They've continually captivated the imaginations of those young and old thanks to their cast of iconic characters and sticking to the philosophy of prioritising plain, simple 'fun'.

Nintendo hasn't been lazily lounging about basking in their success. Rather, they've continually strived to innovate on both their hardware and software offerings.

It's all about the games. You can't play Animal Crossing: New Horizons or the feverishly wish listed sequel to The Legend of Zelda: Breath of the Wild anywhere else.