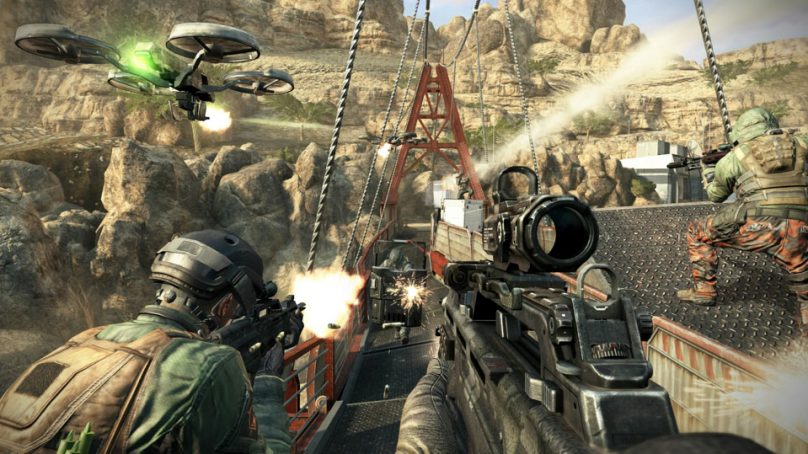 When it comes to video-capture cards, Elgato is among the market’s biggest players. The HD60 and HD60S are the most powerful out-of-case members of the current roster. At first glance, these two devices might seem very similar, but there are some key differences between them.

In this article, we’re going to take a closer look at these two external capture cards, assessing the major differences between them, and, with any luck, helping you to decide which one best suits your purposes, and whether it’s worth making an upgrade. Let’s get started!

The most fundamental difference between the HD60S and the HD60 is that the former supports USB 3.0 while the latter does not. As such, the HD60S is capable of shipping considerably more data in a given timespan. In practice, this means far lower latency, which makes the presence of the device in your gaming system much less intrusive. The older USB standard will limit your bandwidth, and the result will be stuttering and missing frames, once you crank the resolution and frame rate beyond what the
bottleneck can accommodate.

USB 2.0 also leaves you vulnerable to desync issues between your captured video stream and your live microphone input – and while it’s possible to compensate for these delays using software, doing so can often be extremely tedious. Given that modern gaming systems generate super high-resolution images at ever-increasing frame rates, the more bandwidth you get, the better.

You’ll get instant gameview on the HD60S, but not on the HD60. This feature allows the image of the game you’re playing to be (more or less) immediately displayed on the screen. Now, in practice you’re going to get a slight delay of the sort that’ll become appreciable if you’re playing twitch-based tournament shooters, or 2D fighting games which rely on frame-perfect accuracy. But for most gamers, the difference is likely to be inconsequential.

Instant gameview allows you to dispense with a second monitor for gaming purposes while you’re recording. As such, it’ll help you streamline your setup, and may actually end up saving you money. You’ll therefore be able to consider at least a portion of the extra cost of the HD60S an investment.

The HD60 comes with a built-in h.264 encoder, which means it won’t place a strain on your PC in the same way that the HD60S might. Moreover, it provides ‘master copy’, as opposed to ‘stream copy’ – this means that any recordings you make while streaming will be made from the compressed signal you’re sending out onto the internet rather than the super-sharp one that comes out of your gaming system. So, you might record everything at 60 frames before having it bumped down to 30 for streaming purposes.

Whether this is a worthwhile feature will depend on the relative importance you place on streaming versus video recording. Also, bear in mind that many third-party streaming software solutions, like OBS, will downscale your streamed signal to the desired level. With this in mind, the downside isn’t so bad – and it’ll make minimal difference to most users.

If you’d like a separate master copy and don’t want to lose any of the advantages of the HD60S, you’ll need to look at the premium card in Elgato’s roster: the HD60 Pro, which slots directly into your computer’s motherboard.

Both of these devices look pretty much the same, coming in a sleek black enclosure with rounded edges. As such, they’ll both look equally snazzy sitting up alongside your consoles. Despite the lack of H.264 encoding built into the HD60, Elgato’s website suggests that both cards have the similar system requirements, with a Haswell-based fourth-generation i5 being suggested as a bare minimum. In practice, however, you’re likely to see the HD60S place a slightly higher strain on your machine, which might make the difference if your computer is more than a few years old (Haswell debuted in 2013).

What about the alternatives?

Both of these devices are a couple of years old now, and there are plenty of rivals out there competing for your hard-earned. If you’re set on an external solution, you might take a look at AVerMedia’s LiveGamer ULTRA and EXTREME 2. For those of you that don’t mind breaking open your PC’s case and slotting in a PCIe card, however, it’s difficult to look past the HD60 Pro. It offers considerably more bandwidth, and consumes just a single lane of PCIe, making it a great match even for older machines. Plus, it’s available for only a little bit more than the HD60S, and thus is sure to tempt many gamers still looking at 1080p60.

If you’re willing to spend a little more to unlock 4K, or record at higher refresh rates, then the Elgato 4K60 Pro or AVerMedia LG4K are sure to appeal – the latter is capable of recording HDR information, and currently stands as the most powerful capture card targeted specifically at gamers. Both cards rely on PCIe to achieve the highest possible bitrate, and thus must be plugged into a motherboard.

At the moment, USB 3.0 is standard for external capture cards. And while USB 3.1 and 3.2 might offer improved speeds, we’re unlikely to see anything approaching the straight-to-motherboard speeds of a PCIe bus. As such, we’d suggest that if you’re comfortable installing a PCIe card, it’s more than worth the extra effort and expense. That’s assuming, however, that you have a desktop computer rather than a laptop.

The ‘S’ in the HD60S stands for streaming – it’s targeted fairly unashamedly at addressing the growing demand for devices which can conveniently send a signal from a console out into the world with minimal
fuss. If that’s what you’re after, then the decision to opt for the HD60S over the HD60 is a straightforward one. If, on the other hand, you’re looking for something to record the highest-quality footage for editing and later uploading, the HD60 is almost certain to be the better option, thanks to several features engineered with that purpose in mind.