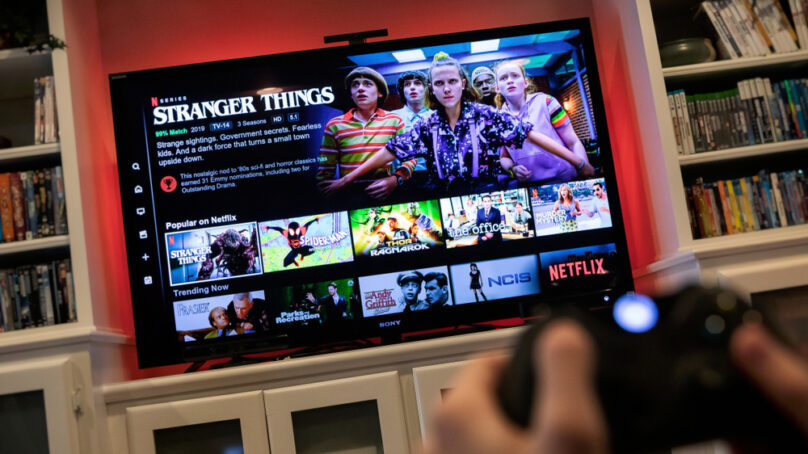 Netflix adding games to your subscription

Images in this article provided by: Sean Locke Photography / Shutterstock.com

The details were revealed in a letter sent out to shareholders in a typical business-focused fashion, so don’t except any earth-shattering announcements.

Exact details on potentially hype-worthy games were sorely missed. Netflix is clearly in the very early stages of development.

In the meantime, they’re already well covered in regard to gaming content, with shows based on The Witcher, Castlevania and Dota.

After the constant comparisons to Netflix, your mind may immediately spring to an Xbox Game Pass-like service. With fully-fledged, console-tier experience from a diverse range of genres, properties and publishers.

That’d be wishful thinking, however, as Netflix seems more focused on developing games to promote their own internal properties like Stranger Things, rather than bringing on board existing games.

Instead, the letter offered their reasoning behind the decision and what should be expected later down the road:

“We view gaming as another new content category for us, similar to our expansion into original films, animation and unscripted TV. Games will be included in members’ Netflix subscription at no additional cost similar to films and series. Initially, we’ll be primarily focused on games for mobile devices.”

What types of games will Netflix produce?

Netflix has previously experimented with interactive shows like Black Mirror: Bandersnatch and a Netflix-exclusive version of Minecraft: Story Mode.

They’re vaguely reminiscent of ‘choose your own adventure’ style books, where pre-rendered videos are split-up into a series of basic on-screen choices. Though, Netflix hasn’t indicated they’re interested in continuing down this path.

Think a playable teaser for a highly anticipated sequel, or a short-form side story exploring an underdeveloped character. It’s an intruding concept, a well-known strategy routinely used by the gaming industry.

The team-based multiplayer first-person shooter Overwatch has a series of high quality animated shorts, raking in millions of views. Fans of Team Fortress 2, initially released in 2007, are eagerly awaiting the final instalment in the long-running comic book series.

Die-hard fans love to fervently extract every last morsel from optional materials which flesh out a franchise’s universe. Netflix may think games are the best medium to tell these stories.

Netflix’s announcement may not be an industry altering, but they aren’t charging an additional cost for the games. It’s important to keep our expectation in check. It increases the value proposition of Netflix and the potential for interactive tie-ins for your favourite shows and movies.

With increasing competition closing in on Netflix’s successes from the likes of Disney+, could this be enough to make Netflix stand out?

You can stream Netflix on a wide array of devices, from games consoles to smart TVs. Check them out, over at Ebuyer.

DirectStorage is also coming to Windows 10