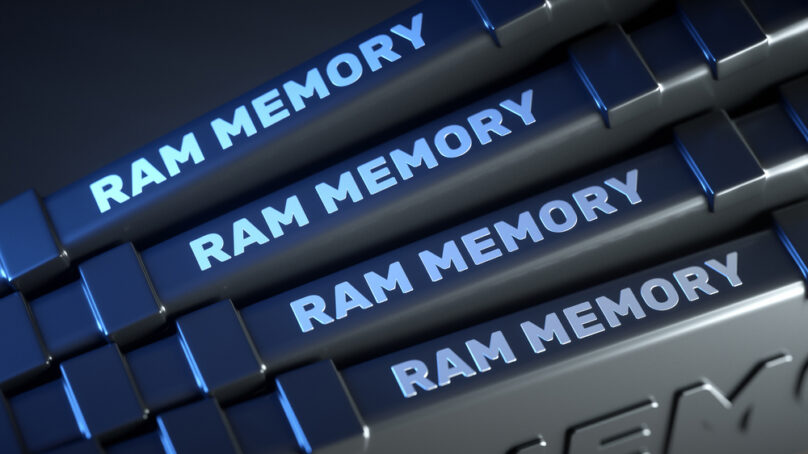 Interested in picking up DDR5 memory? From DDR5 RAM release date to supported platforms, here’s what you need to know.

When is DDR5 releasing?

DDR5 memory has been a long time coming. The release date of DDR5 RAM was initially slated for way back in 2019, but became an unfortunate subject to year after year of delays.

We’ve been patiently waiting as news regarding DDR5 has slowly trickled out over the past couple years, but DDR5 has finally arrived in late 2021 for consumer-grade devices, roughly coinciding with Intel’s latest 12th generation CPUs – codename Alder Lake – which released in November 2021.

While DDR5 is releasing towards the tail end of 2021, we should expect DDR5 production and adoption among the big-name hardware manufacturers to enter full swing in 2022.

As a burgeoning technology, support for DDR5 memory will start off slowly in 2021. The only concrete confirmation of a supported platform is Intel’s upcoming LGA 1700 socket compatible motherboards, with the accompanying 12th gen Alder Lake CPUs.

This cutting-edge platform will offer up our first taste of the long-awaited DDR5 RAM and what fresh improvements it brings to the table. It will spearhead and signify the industry-wide movement away from the end-of-life DDR4 to the brand-new DDR5.

Both these next-gen Intel CPUs, Intel motherboards and DDR5 will launch alongside one another. Once other hardware manufacturers get accustomed to the technical changes of DDR5, expect even greater support and for DDR5 to quickly become the de facto standard for computer memory.

No doubt we’ll soon see the likes of AMD – the biggest competitor in the CPU market – support DDR5 on their upcoming CPUs in 2022 and further beyond.

Is DDR5 compatible with DDR3 and DDR4 motherboards?

First, a forewarning: DDR5 is not backwards compatible. Although the physical pin lay-out of a DDR5 DIMM is extremely comparable to a DDR4 one – a DDR5 stick may even fit in a bog-standard DDR4 slot – their technological underpinnings are far from a like-for-like match.

You’ll require a motherboard which explicitly states it supports DDR5. This will include Intel LGA 1700 socket motherboards, such as a Z690 motherboard.

Though the inevitable yet unconfirmed AMD Ryzen 6000 Series CPU, based off the radically re-designed AMD AM5 socket motherboards, will more than likely support DDR5 for Team Red fans. DDR5 is next-gen tech and will subsequently require a next-gen motherboard.

However, to ease a gradual transition from a previous generation to the next, impending Intel Z690 motherboards will offer up both DDR4 and DDR5 versions. So, if you aren’t quite ready to make the upgrade to DDR5 memory, you can use your existing kit of DDR4 in the meantime while you browse our extensive range of DDR5 RAM.

What are the benefits of DDR5 Vs. DDR4?

CPU technology has experienced a glorious and much-needed resuscitation in recent years. High core count CPUs are no longer exclusively dedicated to enterprise-level servers. 6, 8 and even 16 cores CPU are readily available right here on Ebuyer.

All this processing power needs to be adequately supplemented by speedy RAM for maximum performance. DDR4 once started out with relatively lowly speeds, only 2133MHz, which was lagging behind high-end DDR3 offerings.

After years’ worth of iterations, manufacturing advancements and aftermarket overclocking, DDR4 eventually peaked around its theoretical limit of 4600MHz. This is considerable leap, but CPU innovation isn’t showing any signs of slowing down. With a revitalized Intel and healthy competition, if anything, we’re about to enter the greatest period of CPU advancement in recent memory.

Memory needs to keep pace – that’s where DDR5 comes in. Carrying on where DDR4 left off, we’re already witnessing DDR5 kits achieve ludicrous clock speeds straight out the gate to satiate bandwidth-hungry CPUs. 4800MHz is the minimum specification and if DDR5 follows a similar trajectory in clock speeds over time, we’re in for a blisteringly fast time.

Arguably the biggest progression of DDR5 is the sheer capacities – up to 128GB on a single stick! Compared against consumer-grade DDR4 sticks which max out at 32GB, this is a mind-blowing upgrade.

This will be especially relevant for enthusiasts, content creators and professionals. Image manipulation programs, video editors, databases, virtual machines – all matter of software will gladly gobble up any RAM thrown its way. Most motherboards max out at four DIMM slots for RAM. So previously, a DDR4 set-up would’ve topped out at 128GB spread over quad-channel config. With DDR5, a single DDR5 DIMM slot can effortlessly handle the same amount – and much more.

Micro ATX and Mini ITX motherboards installed in a small form factor case are regularly limited to just two DIMM slots. DDR5 will be a game-changer for these users. At present, they’re constrained to 64GB, but DDR5 will allow them to cram in a whopping 256GB right at launch. Expect even bigger storage capacity as DDR5 technology evolves over time.

So far, we’ve only compared like-for-like clock speeds of DDR4 Vs. DDR5 – we haven’t even properly accounted for all the architectural changes under the hood. At a quick glance, one stick of DDR4 and other of DRR5 appear near-identical, but their fundamentals are radically changed.

With DDR4, power is dictated by the motherboard and channeled over the entire DIMM slot, whereas DDR5 has on-board circuitry to efficiently allocate power to individual memory modules as needed.

Even with the out-of-the-box clock speeds already reaching 4800MHz and 5200MHz, voltage requirements have dropped from DDR4’s 1.2V to 1.1V. This may appear a marginal change, but paired with the alterations to power delivery, should heighten the out-of-spec overclocking headroom for DDR5.

The reduced power draw will also increase the battery life for portable devices like smartphones and laptops, accelerating the uptake of DDR5 among manufacturers.

Why does RAM speed matter?

While piling up on massive amount of RAM is great, if it’s dreadfully slow, what’s the purpose? You may be able to load up large project files, but you need fast RAM like 4800MHz DDR5 or 5200MHz DDR5 to edit and manipulate scenes at a reasonable pace.

The primary objective of RAM is to quickly swap in-and-out temporary data for applications to function. The faster the RAM, the faster it can perform this critical role.

Is DDR5 worth it?

After years’ worth of fine-tuning, DDR4 memory maxed out around 4600MHz. This was only on the most eye-wateringly expensive RAM kits pushed to their absolute limits. In the process, they might’ve sacrificed in other key areas, such as latency and timings.

Interestingly, 4800MHz is the minimum baseline for DDR5, so expect stable yet blisteringly fast performance. If you want even higher clocks, check out the 5200MHz DDR5 kits also available.

Should I upgrade to DDR5?

Deciding whether to go for DDR5 memory is heavily dependent on your set-up and component choices.

Picking up one of Intel’s latest 12th generation CPUs and want to go all-out with the most leading-edge technology currently available? As the world’s first platform to support DDR5 RAM, of course order some DDR5 alongside it! If you’re offered the option between DDR4 or DDR5, DRR5 is a no-brainer as it already exceeds the highest-end, ludicrously expensive DDR4 kits available.

What if you’re running last-gen components? Sadly, the decision’s already dictated for you – you’ll have to wait till you can upgrade your CPU and motherboard to ones which support DDR5.

Want to experience the next generation of memory as soon as possible? DDR5 is available now at Ebuyer, ready for next-day delivery.

Here’s a few more Ebuyer blogs to check out, if you want to learn more about computer memory.

How much RAM do you need to do stuff?

How to test PC memory