How to upgrade your PC 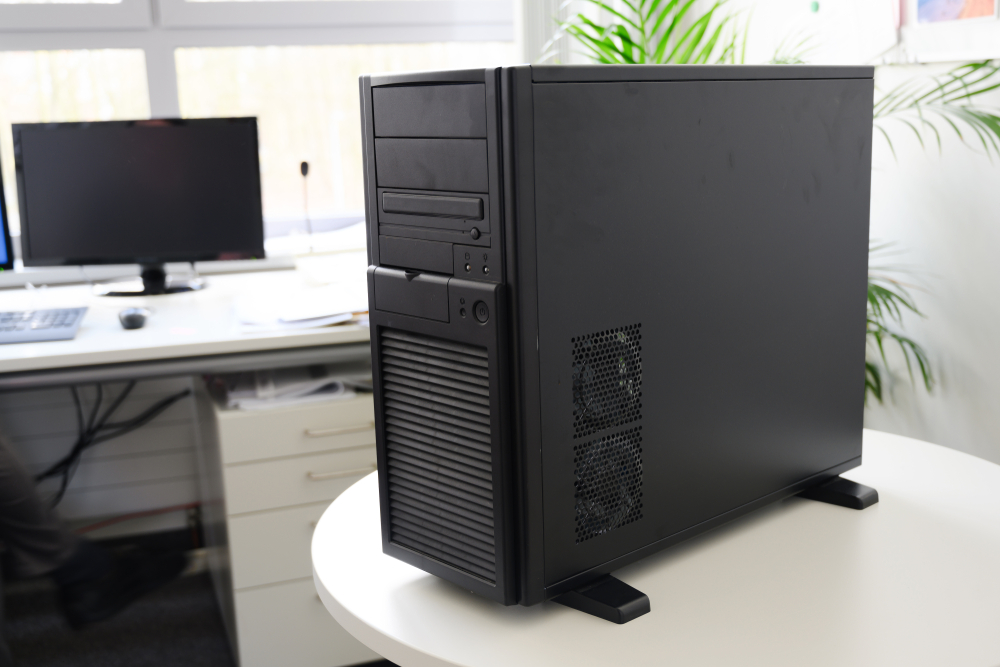 There comes a time when even the most capable and high-spec PC is approaching being ‘out of date’. Many people make the mistake of abandoning that particular device and buying a completely new machine – and that’s not always necessary. Quite often a PC just needs an upgrade of a component or two to bring it back up to spec.

Technology moves so fast, and therefore the capabilities of each of the components that collectively make up that beautiful box of tricks aren’t always ‘of the moment’. It’s not such a difficult process, though, to make sure that your machine works like a dream.

If, for instance, you are a ‘high end’ gamer and often play the very latest titles they are going to cause quite a lot of demand on the components of your computer – the processor and memory, plus the graphics card, for a start. It’s advisable to stay ahead of the game and make sure these bits and bobs are in tune with the status quo.

In this article we’ll be looking at the simplest and most effective ways to upgrade your desktop PC. Which components are easily upgradable, and which will give you maximum return for the investment of your time and money.

You don’t have to do these upgrades yourself (though some of them are simple enough and quick enough), and you could get a ‘pro’ or capable enthusiast to make the upgrades for you. But this article will let you know all about which bits ‘can be sorted’ with ease so that your PC is back to its best!

So, let’s discuss how to upgrade your PC….

Upgrading the CPU and the motherboard

The CPU (Central Processing Unit) or ‘processor’ can be simply described as ‘the brain’ of your computer system. It’s a chip which is housed in a special socket located on the computer’s main circuit board (motherboard or mainboard). Certain CPUs will only work with certain motherboards. This can make upgrading a little bit more complicated as a given motherboard will be compatible only with certain processors. The key indicator of this compatibility is the CPU socket your current PC’s processor uses. That will be the perfect guide for what processors you can fit into your existing motherboard.

CPUs have billions of microscopic transistors set onto a single computer chip. These allow it to make any calculations it needs to successfully run programs stored on your computer system’s memory. The transistors are, effectively, microscopic ‘gates’ which switch on or off – translating those ons and offs into the ones and zeros of information which make up everything you do on your computer – whether that’s listening to music, writing documents, composing emails, browsing your social media or playing games.

If you are an ‘everyday’ computer user, working in the home or at your office, it’s possible that you may want to upgrade the CPU so that you can multitask more. You’ll be able to use more complex apps – or simply surf the net faster.

There are different ‘levels’ of processor, and these are marked out by the different numbers used by Intel and AMD (Ryzen). Basically the higher the number the more powerful the processor so i3, i5, i7 and i9 are increasingly more powerful up through those iterations. The point of having different levels of processor is that you wouldn’t need an i9 processor if you are an ‘everyday’ user like we just mentioned, and something like an i3 would be perfect for all of your ‘admin’ sort of tasks.

But the higher the iteration the better if you are a gamer. When you play games on your computer you are putting the CPU under a lot more ‘pressure’ than if you were simply writing a document in a word processing package, so it follows that you will need a highly capable CPU. It will work in tandem with the system’s graphics card to give you the best gaming experience possible within the context of your set-up. Which brings us neatly onto…

Swapping out your computer’s current graphics card for a more current model with higher specifications is a clever way to get better results. Put simply, a graphics card is a card within your PC which generates images and sends them to your monitor.

A graphics card is primarily designed to alleviate the CPU from undertaking the processing tasks required for imagery. At the core of your graphics card is the graphics processing unit (GPU). This is the main part of the card that does the actual computations needed to create the imagery. A graphics card can be integrated within the PC’s motherboard or can be added in to the system as an extension card.

If you’re particularly into gaming (as opposed to the more mundane computing tasks such as word processing and so on), then you will find that the graphics card is a really important part of your PC set-up. Hardcore gamers may want to upgrade to the very latest top-of-the-series graphics card but they can be expensive (understandably) and can even cost over £1K. But just upgrading to a mid-level card will seriously boost performance for ‘everyday’ home and office users.

Other components will also impact the computer’s overall performance – but the GPU has the most direct connection to what you will see on the monitor screen when playing games. So if you are a serious gamer it’s worth taking a little bit of time to consider the specs of any potential new graphics card, and how it will integrate into your system. If your computer usage is for the more admin-based tasks and functions then something from the middle of the range will certainly suit your purposes and give your system a welcome boost.

PC memory is often referred to as RAM. This is the short-term memory which stores information which needs to be accessed instantly – as opposed to memory used to store files such as documents, music and video etc. That is usually a HDD (Hard Disk Drive) or SSD (Solid State Drive), and can be thought of as your long-term memory. That storage will hold all of the data you’ve downloaded on your PC such as programs, files and other documents.

The ‘information that needs to be accessed instantly’ means RAM is used for loading up files, accessing running programs or editing documents. The capacity of the RAM is also integral to how smoothly your PC runs. The larger your RAM, the faster it will access the data you need it to.

Upgrading your memory, then, basically means installing more so that there is more available for those tasks. It’s a little simplistic, but the general rule is that increasing the RAM will have a dramatic effect on your PC’s overall performance.

The good news is that physically adding the memory to your PC is very easy. How much memory you can add will depend on the number of RAM slots on your motherboard. Most motherboards will have either two or four slots which are assigned to a memory channel.

Memory can be purchased either as a single module or in kits. Best performance is usually attained by mounting memory in multiples. So, for example, two 8GB modules will perform better, albeit slightly so, than a single 16GB module. Memory can be purchased in various capacities from 2GB right up to 64GB though for everyday use including multimedia, web browsing and word processing, 8GB to 16GB in total is almost certainly more than adequate.

Now we come to that ‘other’ type of memory we just mentioned. The storage. An HDD is a hard disk on which you can store files such as documents, music and video etc. It is actually a physical disk, so has a ‘playing surface’ (which can be overwrittern many times). HDDs use magnetism to store data on the disk. A read-write head hovers above the spinning platter, magnetically reading or writing the new data. But, increasingly these days, people are opting for the storage known as SSD.

Solid State Drives are the exciting next stage in the evolution of computer storage. They do not use moving parts – and instead use flash memory which is created by semiconductors joined using integrated circuits. Because any new data ‘written’ to them isn’t physically put onto disk, the flash memory involved in SDD is far quicker to than an HDD (as there is no ‘read head’ trying to locate the information).

An SSD will make your computer experience far smoother. From booting up to coming out of ‘sleep’ mode to loading up your favourite games, SSDs make everything a lot easier and quicker. SSDs are relatively easy to fit, too, so it’s a big win there in the efforts to upgrade your computer system.

Cooling your PC is a cool way to upgrade!

If you are a gamer and are enticed by the speed benefits offered by overclocking, you will definitely want to think about upgrading your processor cooling system. Gaming, though, isn’t the only reason to upgrade your cooling. There are benefits whatever the application, as you will find your system quieter too. A decent cooler doesn’t have to cost a fortune.

How to upgrade your PC – the bit at the end

Okay, so now you know the main group of things you’ll need to consider when you’re thinking about upgrading your computer system. We have given you a run through of the components of your device and what they do, and why it is beneficial to upgrade them from time-to-time. And there’s no need to worry about being an expert either because upgrading these components is a simple enough process as long as you are prepared and methodical, careful and focused.

And, like most things in life, the benefits of taking that sure and steady approach to upgrading your PC will soon become apparent. Happy computing!