Monitors for Gaming: What to look out for 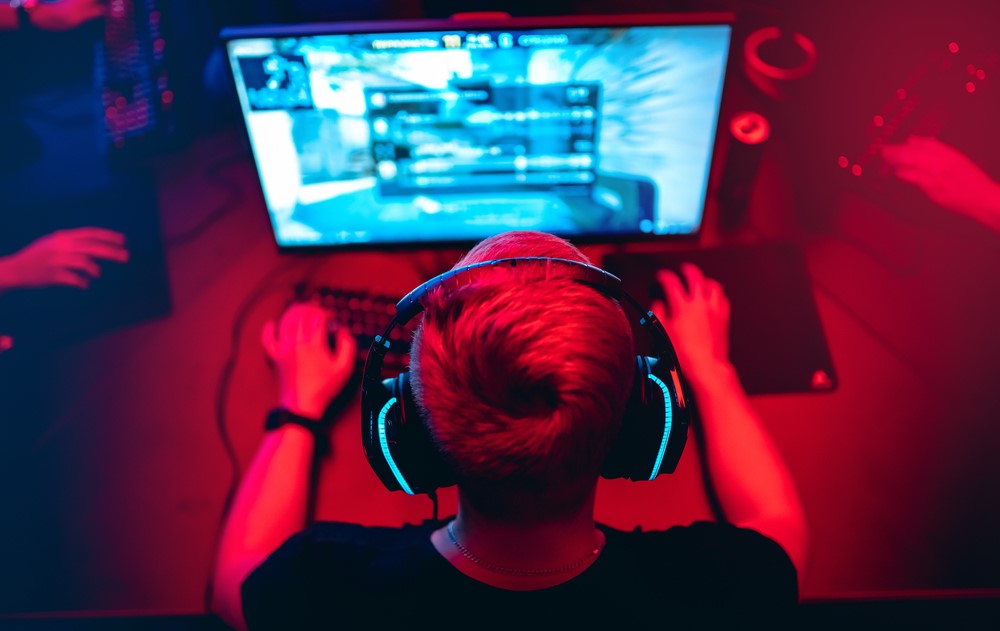 So you want to buy a gaming monitor, but you don’t know where to start? These days you can spend forever on the internet researching what to look for in a gaming monitor and you’ll end up with about a hundred conflicting arguments on what features or which brands are best.
So, in this article we’ll give you the key points and features to look for when choosing a new monitor for your gaming rig. Let’s dive right in…

What features are the most important?

Here are the most important features to consider when you’re searching out a gaming monitor to meet your needs:
• Screen Size & Resolution
• Refresh Rate
• Response Time
• Panel Types
• Colour
• Ports
While those features listed above are all important, the order of that importance will depend on what you’re looking for from a gaming monitor.

Many people make the mistake of thinking a larger screen size is always better. While this is mainly true for televisions, most people find that sizes ranging from 24” to 27” are actually best for gaming.

You’ll generally be sitting about three or four feet away from the screen, and monitors in this size range will still allow you to see everything at once – something crucial for competitive gaming. Having said that, larger monitors are now becoming increasingly popular amongst today’s gaming community – providing greater levels of immersion and entertainment. Remember though, moving up the theoretical screen size ladder can add a premium to the final price tag. Also, remember – you have to be able to fit the monitor on your desk!

What resolution do I need for gaming?

The resolution you need for gaming will ultimately be determined by your PC’s GPU, and how much of a budget you’re working with. Expect to pay more when you’re wanting to enjoy high resolution gaming.
1080p is the most common resolution amongst gamers – but, as new games and PC technology are released, expect 1440p and 4K to be the de-facto standard for the everyday gamer.

One thing to bear in mind, however, is that going from 1080p to 1440p (or 4K) will have a significant impact on the performance of the PC. This will have a particularly large effect on gaming performance, reducing the number of frames your PC can drive in any one game.

Below, we’ve listed optimal gaming monitor sizes for each of the popular resolutions. Also, on average, remember that a larger size and/or higher resolution will cost more money.

Resolution is undoubtedly important when you’re looking for the best gaming monitor for your setup, but one thing that is often overlooked is the aspect ratio. Below, we’ll take a look at the different aspect ratios available to choose from, and how each one is better suited for individual gaming setups.

The size of the monitor will also affect the resolution you intend to run. Most gamers play on a 1080p resolution which looks great on 24” monitors. However, if you intend to push up your resolution to 1440p or even 4K, you’ll want a larger screen size.

You’ll also have to decide whether a curved monitor or a flat monitor is the best choice for your gaming set-up. Each of them has its advantages and disadvantages, but the choice you make will depend on your style of gaming and, ultimately, personal preference.

Let’s take a look at each of them in a little more detail.

Available in both 21:9 and 16:9 sizes (to name but two), flat monitors have been around for years and are the kind of monitor you likely grew up playing on. They tend to be a bit more budget-friendly than their curved counterparts and, despite them generally being lower in price, they still offer you a fantastic gaming experience.

An ultrawide monitor will also offer you an increased field of view, which is especially advantageous when you’re playing multiplayer games (if the game developer has allowed you to utilise it).

Across the board, flat monitors tend to offer up better gaming credentials with better response times, refresh rates, and higher colour accuracy. They’re also a great alternative to a multi-screen setup and will save you a lot of desk space.

Flat monitors aren’t without their disadvantages, though. The first of these being that not every game supports a 21:9 aspect ratio. This means that the edges of your screen could be left blank and unused, and this is what is known as ‘black bars’ in the gaming universe. Although we predict that this is unlikely to remain an issue for very long.

Another important aspect of choosing a gaming monitor is how large its bezel is. If you’re unfamiliar with the term, to put it simply, a monitor’s bezel refers to two things. It is the plastic edge that runs around the screen, acting as a frame, and it also refers to the black (pixel-less) area that surrounds the physical picture.

But why is it important to look at bezels when you’re choosing a gaming monitor? Well, generally speaking, the smaller the bezel is, the more immersive your gaming experience will be. This is because the image will run right to the edges of your screen, rather than being cut short by a thick plastic frame or pixel-less space.

Your monitor’s refresh rate has a direct impact on input lag. Simply put, this is the amount of time between refreshes. In terms of gaming, it’s how long it takes to see the reaction on your monitor after inputting a command. That will be down to the refresh rate and how quickly the monitor responds to cursor movement. But don’t get this mixed up with response time!
Generally, the lower the number of Hz, the slower the input lag is, which is a good indication of your monitor’s responsiveness. For example, a 60 Hz monitor might have a minimum input lag of 16.67ms, while a 120Hz monitor will have an input lag of around 8.3ms. However, you could find a couple of monitors with the same refresh rate of say 240 Hz, and wildly different lag inputs, which is where things start to get a bit more technical.

For gaming, you need to keep everything running as quickly and smoothly between refreshes as possible. With this in mind, you don’t want an input lag of anything under 10.9ms. This isn’t as important for older games, but for high-definition modern games it’s very important!
Below, you’ll see that there is quite a difference between refresh rates. But which one is best for gaming? Again, this depends on what games you play and the overall gaming experience you’re looking for.

Here’s a breakdown of the most common refresh rates, and what each one means for gaming.

60Hz: The “baseline”. Minimum required for any type of scenario. Not the smoothest experience when playing competitive esports titles.

75Hz: Slightly better than baseline, but only a marginal difference.

120Hz: Big difference in playability and quality, but somewhat superseded by the more popular 144Hz displays. This is more popular in ultrawide monitors than it is in 16:9 panels.

144Hz: Not all that different from 120Hz, but the more popular standard. Probably your best bet for buying a high refresh rate display today. This is the baseline for competitive gaming, especially if you’re playing titles like CS:GO and COD.

240Hz: Despite the larger number, not quite as significant as the leap from 60 to 144. Also a bit unfeasible for most hardware currently on the market – tailored more towards top competitive gaming scenarios.

360Hz: Recently released in modern monitors, 360Hz is the new top-line spec for gaming displays. It will provide new levels of smooth gameplay – giving elite competitive gamers an edge over their competition.

Another term you’ll come across when you’re looking for a gaming monitor is response time. This is something that is often confused with refresh rates, but they are two very different things. Below, we’ll go through response times in more detail and help to remove any jargon surrounding them.

What Is Response Time and How Does It Affect Gaming?

Response time measurements can be a little tricky to understand as, unlike most gaming specifications, you want to look for a low number when it comes to response time. The higher the number, the slower the response time will be.

From a gaming standpoint, we always suggest you look for the lowest response time possible. However, it’s worth mentioning that manufacturer rated response times should be taken with a pinch of salt. Just because a monitor says it has a 1ms response time, that doesn’t mean it’ll be the same as another monitor with a 1ms response time… Yes, that is a bit confusing!
Manufacturers will take the best case scenario when marketing a monitor – labelling it as 1ms when, in reality, it is only capable of 1ms under bespoke scenarios – one particular grey to grey transition, for example.

It’s difficult to know – without testing – which 1ms monitors are the best. That said, the human eye will struggle to pick up any visual impacts when you get below 5ms – so just look for the lowest possible when buying a gaming panel. You’ll usually find that response time doesn’t have a huge impact on the price of a panel.

If you’re after something a little more budget-friendly, a gaming monitor with a TN (Twisted Nematic) panel could be the better choice. These tend to be the least expensive of all three, as well. The viewing angles and colour accuracy aren’t as good as those offered by an IPS panel. But they do have a super-fast response time, making them ideal for fast-paced, competitive, and multi-player games

One of the most overlooked, but most important, things you need to think about when you’re looking for a gaming monitor is the available ports it has. It’s through these ports that you’ll connect the monitor to your PC and, if you get this wrong, it’ll cost you time and effort looking for a replacement.

By reading this guide we hope that you’ve been able to get a little closer to knowing what you need to look for in a new gaming monitor. Although it might not be a core component of your system, it’s still crucial as it’s the part you’ll be looking at the most. Whether or not it’s competitive gaming you’re indulging in, or simply pushing your games to look as good as possible, choosing the perfect monitor is essential.