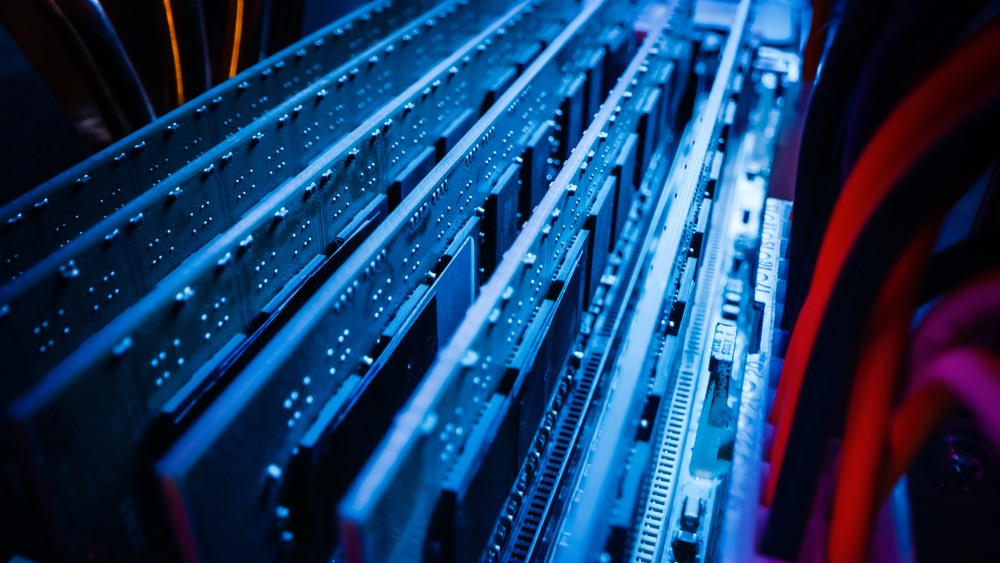 RAM and gaming go hand in hand. You can’t game to your full potential without suitable RAM. But how much RAM do you need to play the latest triple-A titles? And why do you need it?

These are questions that are asked regularly and ones that often people don’t know the answer to. So, we’re going to delve into some questions commonly asked when RAM and gaming is mentioned. To make sure you get off on the right foot, we’re going to do a quick recap of what exactly RAM is.

The term RAM (or PC memory) specifically refers to the short-term memory of your PC, which determines how fast your PC operates. Unlike your PCs storage, which is permanent, any information that your RAM provides is completely temporary and will be forgotten once your PC is powered off.

Often people see the term ‘PC memory’ and assume that this refers to the storage of files, documents and software’s. That kind of stuff is housed in your SSD or HDD (Solid State Drive / Hard Disk Drive) and works independently to the RAM.

RAM comes in different sizes and generations too (we’ll get into the different types in a minute), which can determine how quickly the RAM operates and in-turn how fast your PC is. If you’ve got a large amount of RAM, then it will be able to access information from the SSD or HDD much quicker than if you had a small amount of RAM.

Yes, the RAM and SSD/HDD technically work separately, but the RAM is used to access information from the storage, it can just do it much faster than if you requested that information straight from the SSD/HDD. Think of the RAM as the middleman between you requesting information and your storage providing it, the RAM makes this process happen way, way faster.

What are the different types of ram?

The other ways in RAM can be categorised is by generation, such as DDR4. The ‘DDR’ part stands for Double Data Rate and the ‘4’ refers to the generation of the RAM. So Just as there is DDR4, there was DDR3, DDR2 and DDR1 which came before it.

How much ram do I need to play games on pc?

Unfortunately, the answer to this question isn’t cut and dry. Wouldn’t it be so much easier if it was?

When it comes to RAM, adding more of it won’t necessarily increase the speed of your games. It’s all about capacity, not speed. Ensuring you have a large capacity of RAM will of course allow it to store more data and that will make your PC run smoother.

Often when it comes to how much RAM you need to play a specific game there will be a requirement and a recommended amount. Here’s some of the biggest titles released on PC and what their requirements are:

Hopefully, that’s helped shed some light on the RAM requirements for games. Modern PC games generally want at least 8GB of memory. Sure, some games ask for less, but 8GB is predominantly becoming the standard minimum.

In the case of games such as Batman: Arkham Knight, there will be a minimum requirement for you to actually play the game and then a recommended amount for you to be able to play the game at it’s maximum capacity. This is generally a courtesy provided to gamers to make them aware that if they attempt to play the game on less than 12GB RAM that they won’t be getting the full experience of the game.

This isn’t necessarily commonplace and usually occurs when the game has been poorly coded or wasn’t designed for the PC platform. Instead, a larger amount of RAM is required to make up for the poor coding of the game on PCs.

For casual gamers, 8GB is a good benchmark to set. It allows those who play occasionally to enjoy a range of different games in the way they were intended to be played and if you’re looking to try out some more modern releases, you can have peace of mind that with 8GB you’re more than likely going to be able to get stuck it.

At the more competitive end of the table we’ve got 16GB, which is what the most demanding gamers will opt for. Of course, not everyone needs this much but if you’re looking to push your gaming PC to it’s absolute limits then splashing the cash on RAM of this size is certainly worth it.

If you’re somewhere in between casual gamer and competitive, don’t sweat. For the sake of your wallet you’re probably better off going for an 8GB RAM as you can always upgrade later on, should you need too. RAM is easily replaced and luckily not too expensive, so you can dial your gaming rig up to eleven whenever you see fit.

Now, we’ve talked a lot about PCs but RAM is also used in consoles. How else did you think it worked?

How much ram do consoles have?

With the above in mind, it’s understandable that the market’s two leading consoles, the PlayStation 4 and the Xbox One, both feature 8GB of RAM. As consoles feature fixed RAM with the inability to change or upgrade it, console games are catered specifically to these limitations, meaning you’re never going to get a PS4 game which can’t run on only 8GB of RAM.

Looking to rival that of high-end gaming PCs however, is the next-generation of games consoles. Both the PlayStation 5 and Xbox Series X have revealed that they will feature 16GB of RAM for an elite gaming experience. To show you just how big of a leap this actually is, let’s take a look at previous generation consoles and their RAM capacity:

Looking at this list, the fact that even the PS3, which was released in 2006, only has 256MB of RAM in comparison to the 16GB of the PS5 is astounding. The thought of attempting to play a next-generation title on 256GB of RAM is enough to make you grimace.

With the progression rate of RAM across these past consoles, it would be safe to say that by the time the PlayStation 6 rolls around, we could be looking at a generation of consoles with a whopping 32GB. A lot of gamers flock to PCs due to their superior spec and ability to play high-demanding games but with spec like that, consoles will be giving gaming PCs a serious run for their money.

Although there is still a lot unknown about the PS5 and Xbox Series X, there is talk of backwards compatibility for some games. Which would mean that you can play games which would normally be made for 8GB of RAM on a console with 16GB RAM. This would be a dream for all gamers who have ever struggled to run a huge game on their limited console.

Now that you know how much RAM consoles have and how much is required to play certain games on PC, you’re probably thinking which is better?

Not only are their other components, with a gaming PC you have the freedom to change and upgrade these components, allowing you to ‘futureproof’ your PC. With a PC you can hold onto a lot of the core elements by upgrading a few simple components and you’ve got what would otherwise be the next generation of console.

Whereas if you are a console gamer, you’ll have come to notice that the market has been rather monopolised, meaning that as soon as a new console is announced, you need to start thinking about upgrading if you want to play the latest games. Often the changeover period is quite long, but you will need to upgrade to the newest console eventually, unlike if you had a PC.

With this freedom of upgradability with gaming PCs means that you can treat yourself to the latest and greatest technology which is released by big brands. Take the brand-new NVIDIA GeForce RTX 30 series GPUs for example, gamers all over the globe are drooling over the release while console gamers have to pretend it doesn’t exist for the sake of their sanity.

This situation happens all the time and forces gamers to choose between an easy to use platform such as a console or an upgradable platform such as a PC. Each come with their own drawbacks, but may not affect certain gamers depending on what their demands are.

RAM for gaming at Ebuyer

So, if you kept up, you’ll know a lot more about RAM than when you started and if you’re a PC gamer you’re most likely eager for an upgrade. Well, we’re here to answer your prayers.

To browse our selection of RAM perfect for gaming, head over to our website.