Will an SDD improve my laptop’s performance? 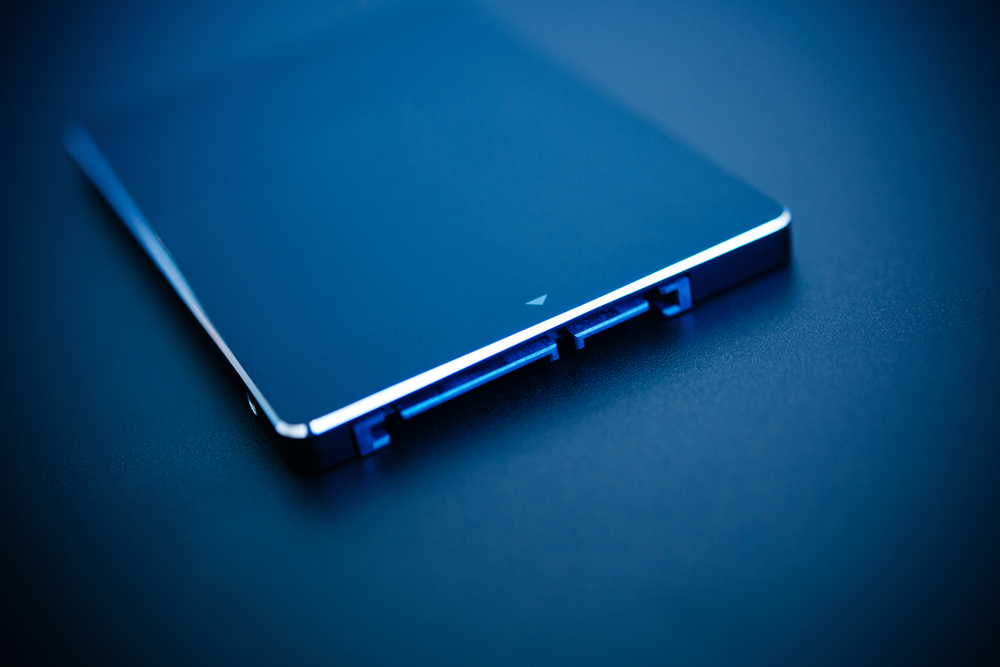 There are many ways to improve the performance of your laptop. One of those ways is to replace the hard disk drive (HDD) with a solid state drive (SSD).

The HDD was the standard storage component in laptop computers for decades, and many models still carry them. But developments in solid state drive SSD technology have made a faster, more reliable alternative available at an accessible price.

While you might choose to upgrade your laptop’s RAM to improve its ability to run multiple programs simultaneously or carry out intensive processing functions, the shift from an HDD to an SSD is a fundamental one which will benefit your laptop’s performance in lots of ways.

What is the difference between HDD and SSD?

Traditional hard disk drives rely on a spinning, circular platter to store your laptop’s data. A read / write head attached to an arm moves across the surface of this platter to access different bits of information.

Your HDD stores your laptop’s files, documents, photographs, and other saved media, along with applications and programs. Hard drives can store huge amounts of data relatively cheaply – but they’re not without their flaws.

All those moving parts create a high demand for your laptop’s power, and they’re also rather delicate and liable to break. Add to that the weight which an HDD adds to your laptop and the time-lag caused by read / write movements and you can understand why many people seek to upgrade by switching to an SSD.

Unlike hard disk drives, SSDs do not require power to retain data and this is thanks to NAND flash memory – a type of non-volatile storage which lowers the energy cost of storing information and increases chip capacity.

An SSD has no moving parts, which brings with it a number of benefits which make upgrading an attractive prospect.

What are the benefits of upgrading to an SSD?

A commonly asked question about the different types of drive is: does an SSD make your computer faster?

The answer is that the primary and most noticeable benefit of upgrading from an HDD to an SSD is speed. From the moment you boot up your laptop, your SSD performs all manner of operations at speeds that an HDD simply cannot match. Your SSD demonstrates ‘instant-on’ performance, and everything you do on your laptop, from opening programs and applications to saving files and media, happens quickly.

You can also expect your SSD-enhanced laptop to run multiple programs simultaneously without the lag which often occurs as hard disk drives labour under the strain of multi-tasking. With an SSD, your laptop becomes an expert plate spinner, and everything from games to media applications to web browsers load faster and become more responsive.

Your laptop’s battery will thank you for upgrading to an SSD, given that it will benefit from increased energy efficiency when it no longer has to power the tiny moving parts inside an HDD. You can expect your laptop to run for longer on a single charge when you upgrade to an SSD.

The switch from an HDD to an SSD also brings with it lower operating temperatures, again owing to the absence of small moving parts, and this in turn means that your fan won’t have to work as hard to keep your laptop cool. The upshot is that laptops with SSD storage are cooler, quieter, and generally more pleasant to use.

Laptop survival rates have been boosted by the emergence of SSDs, and in real terms that has meant huge savings for users. The cost of recovering data from a damaged hard drive, not to mention having to replace them, is no laughing matter, but the robustness and reliability of an SSD has made bumps and accidents far less perilous.

Perhaps the most significant of all the benefits of upgrading is the time your SSD will save you. While it might not feel like you spend a lot of time waiting for your HDD to load programs, run applications and save items, the cumulative impact of small time savings made when you upgrade to an SSD is significant.

What are the pitfalls of SSDs?

SSDs are more expensive than HDDs, and if your laptop is running just fine with a hard disk drive you might not need to consider an upgrade. However, the benefits listed above can alter the experience of using your laptop for the better, whether you use your device just occasionally or for long periods on a daily basis.

It’s also worth bearing in mind that SSD technology is still being developed, with issues such as the longevity of NAND flash memory one of the elements being improved. The flash currently used in SSDs has a finite number of writes, but this might be something that developers overcome in the future. If an upgrade is non-essential you could benefit by waiting to make the switch.

How do I upgrade to an SSD?

Most laptops offer the option to upgrade from an HDD to an SSD. Before taking steps towards an upgrade, it’s important to check that your laptop will be compatible with an SSD and that upgrading won’t invalidate your laptop’s warranty, if it has one.

Installation of an SSD is usually straightforward and involves backing-up your existing hard drive, cloning your current disk to your SSD, and then opening your laptop to install the SSD. It is vital that you consult your laptop’s manual to find out what type of SSD will fit and then purchase the right one for your model. There are various tutorials on YouTube and elsewhere which can help you through the basic steps.

Upgrading from an HDD to an SSD can transform the experience of using your laptop without the expense and upheaval of buying an entirely new device. If the benefits listed above sound appealing to you, it might well be worth investigating further.