What is a graphics card and what does it do? 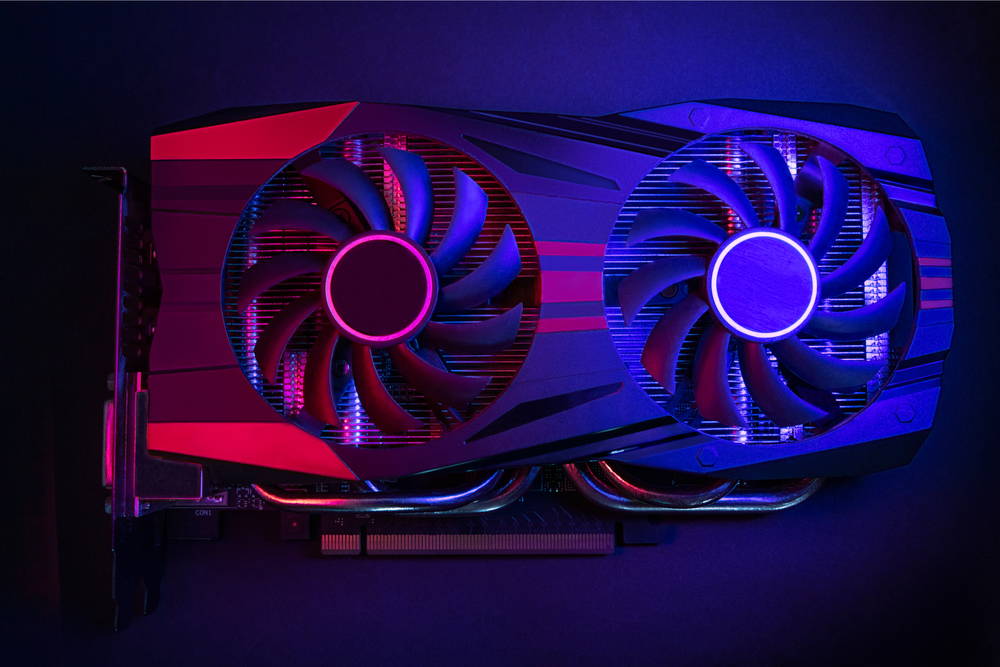 A graphics card is a gamer’s best friend and a crucial part of a quality gaming experience. If you’re not clued up on what exactly graphics cards do then don’t worry, they’re not the complicated. As you probably guessed, a graphics card is the component in your PC which is responsible for the graphics.

There are various different types and generations of graphics card, each with different specifications and specialities. Finding the right one to suit you can be quite a task. So to break it down, we’re going to be look at graphics cards in more depth.

A graphics card, and a good one at that, is essential to game and play the latest gaming titles. With newer games being bigger and more advanced in terms of the graphics capabilities, they require a graphics card which can keep up. Most games today will have a minimum and recommended requirement for graphics cards.

You may think that recommended requirements can just be disregarded due to them not being essential – but if you’re serious about your gaming you’ll realise that these requirements are there for a reason, and have the ability to dramatically improve your experience.

With these requirements come some key features which gamers could have only dreamed about a few years ago. Features such as ray tracing…

Although not essential for modern day gaming, ray tracing is absolutely unrivalled and no doubt represents the future of gaming. If you didn’t know, ray tracing is a technology which is able to replicate the real-life behaviour of light rays in-game, so creating an almost flawless realistic effect.

This feature not only provides a far superior experience for gamers, it allows game developers to create better and more immersive games. With such technology already available, there’s no telling how far it could go.

This feature is offered by NVIDEA’s RTX graphics cards, a market leading series of GPUs which boast tons of other features. By using different features, including ray tracing, these modern graphics cards are able to continually push the boundaries of what is expected from cutting-edge graphics.

There are virtual experiences which appear almost identical to real life. However these experiences are much less intensive, which is what makes it possible. Trying to apply these uber-realistic settings to an experience with the intensity of multiplayer games would prove difficult, but not impossible given the rate at which graphics technology has advanced.

Although graphics cards are primarily marketed as (and in some cases designed) for gaming, their capabilities extend much further. Those who use their PCs for complex tasks such as 3D rendering, game development, and video editing will understand the benefit provided by faster GPUs. Demanding editing software such as Adobe Premiere Pro use the GPU to speed up processing, which makes for faster and more efficient workflows.

Specifically designed workstation GPUs are optimised for these applications, and their drivers are created to be stable and reliable when executing tasks. Professional grade graphics cards can be immensely powerful, although they are often more expensive than even high-end gaming GPUs, they weren’t designed specifically for gaming workloads, meaning they shouldn’t be your first choice for a gaming PC. This brings more prominence to fact that the most expensive GPU isn’t always “better,” and it’s important to pick a GPU based on how you plan to use it, not exclusively on price.

If you’re looking for a graphics card to run professional applications, you’ll likely be looking outside of the standard consumer-level range for the best options. Though professional-grade GPUs are designed for a different purpose, many of the same concepts still apply.

If you’re not gaming or running demanding applications which can use a GPU to speed things up, you won’t need to break the bank to bag a graphics card. If you’re mainly running productivity apps, browsing the web, managing email, and performing other low-resource tasks, then picking out the right RAM, CPU, and storage should be a higher priority.

You’ve probably have never heard of the various different types of graphics cards as the differences are not often that relevant. However, it’s important to know what they are if you are to get as clued up as you possibly can on what a graphics card is.

The different types we’re going to cover here are ‘integrated’ and ‘discrete’.

An integrated graphics card is built into the motherboard and doesn’t require one to be added. You’ll find these built into most ‘standard’ laptops and computers, they are a cost-effective model but cannot easily be upgraded.

This is arguably the main drawback when choosing a laptop – the inability to upgrade any of the components – and this is most relevant with the graphics card. As we mentioned above, graphics cards are being improved at an exceptional rate, meaning you need to be extra mindful when choosing your laptop as the GPU may soon become outdated.

The other type is a discrete graphics card which is added to the motherboard as an extra component. This is ideal for those who want to modify their system by upgrading the graphics cards. These are the most common type you’ll see. These are the types of cards the likes of NVIDIA and AMD are known for, with their RTX GeForce and Radeon series.

If you’re using a modern computer for standard tasks like surfing the internet, creating documents or watching movies you will be fine using an integrated graphics card.

If you’re branching out into gaming or video editing, a discrete graphics card is usually needed to speed up the image processing time. Without this, you may find your game lagging or jittering at crucial points or you may find that you are completely unable to play the game at all due to your graphics not meeting the minimum requirements of the game.

It’s possible to expand your PC internally by adding new cards. Over the years graphics expansion slots have changed significantly from PCI (Peripheral Component Interconnect), AGP (Accelerated Graphics Port) to the PCI-E ports, which have been improved to offer the best bandwidth.

Some motherboards have expansion slots which allow users to add more than one graphics card, this is called SLI (NVIDIA) or CrossfireX (AMD) allowing users to get improved performance from their system. Users will need an SLI-ready or Crossfire-ready motherboard to use these technologies, and you are able to link two graphics cards together using these.

SLI also known as Scalable Link Interface was developed by NVIDIA for linking multiple cards in a single system. SLI works by increasing the available processing power for graphics usage.

Graphics cards can be connected to a monitor using a number of different output options, but you will need to buy a video card which matches a port on your monitor. Most GPUs will have at least two or three ports with some even supporting up to four or more.

VGA (Video Graphics Array) 15pin analogue connection – This is the earliest connector and so is the least efficient.  VGA ports work well enough but other ports provide a better video quality.

DVI (Digital Visual Interface) – DVI tends to be found on most flat panel monitors, so is a useful link between card and screen.

HDMI – HDMI is one of the more popular connections due to its speed and versatility. HDMI will carry both video and audio signal.

DisplayPort –This connection is becoming much more popular and is found in an increasing amount of modern monitors.

One thing we haven’t touched upon yet is the actual build of a graphics card. What do they look like? Why are the designed the way that they are? These are questions which have answers that lie in the science behind the operation of the cards.

For example, the question of why they may look the way they do (ie. with built-in fans) is due to the need for the GPU to be cooled. Graphics cards can run at extremely high intensities which in turn creates an incredible amount of heat which will need to be dissipated before it causes damage.

Unlike the CPU which is often the target for additional cooling solutions such as liquid cooling systems, the GPU isn’t cooled by any external hardware. This has led most modern GPUs to be designed with fans built-in so that the card can be self-cooling. In some cases a single card may feature up to four fans for maximum cooling ability.

As for the rest of the design, the card will be designed to fit comfortably into a PC case, provide ample space for port connection and look the part too. In the case of the new RTX 30 series from NVIDIA, the cards are much larger than most gamers expected and feature an ultra-modern casing which enhances the card’s performance.

Now that you know more about what a graphics card actually is, why don’t you grab one and upgrade your PC? After all, who doesn’t want to enjoy cutting edge graphics when playing the latest games?

We’ve got a broad selection of graphics cards available at Ebuyer from reputable brands such as NVIDIA and AMD, and each has their own market leading models… Head over to our website to see for yourself. We also stock many other gaming peripherals.