Desktop vs laptop – which is best in the home? 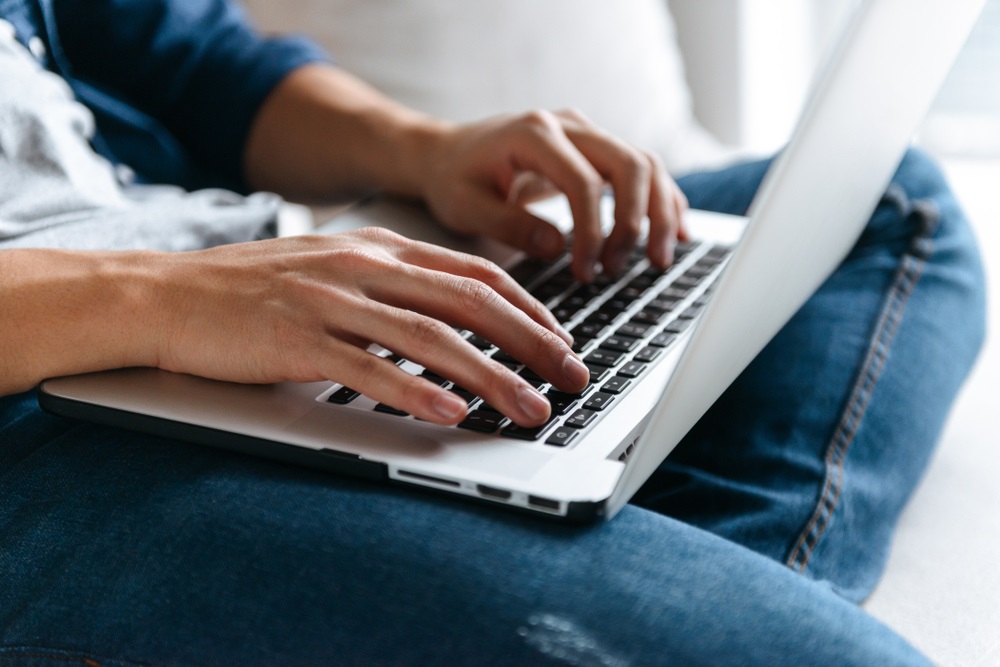 You can’t carry a desktop PC around your house – it sits in one room and takes up space. Yet many still prefer it for work and play over a laptop! On the face of it, it looks like a mild form of madness, but when you get down to the nitty-gritty, you’ll see there are lots of advantages to having that big machine sat in the corner of your room.

But how do you decide which is best for use in your home? The simple solution to choosing a desktop or laptop is to buy both, then you get the best of both worlds. But if your budget won’t stretch quite that far, which are you going to go for?

Well, the right desktop can cost less than a laptop, and you can likely get your work done more quickly and more smoothly. And for those who are slightly obsessed with their computer’s performance, a desktop is difficult to beat.

But it’s not all one-way traffic. Laptops have their undeniable pluses. To help you decide, we’re going to walk you through the difference between a PC and a laptop, as well as their pros and cons.

Desktop or laptop: what are the advantages of a desktop? 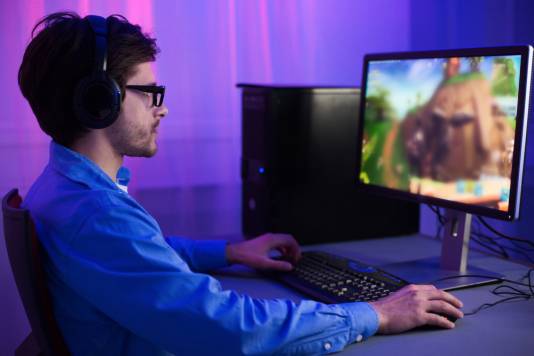 Desktop PCs are the giants of the tech world and are often preferred by those who value performance over portability, especially in gaming, where a gaming PC is usually more powerful than any gaming laptop for performance.

The laptop’s comparatively high price tag in some respects could be a contributing factor. Either way, many advantages come with choosing a desktop PC.

Greater power at a lower price

When choosing between a laptop or PC, powerful laptops offer the best of both worlds for those who need power and portability. Just link up a laptop to an external monitor if you need a bigger screen and then you’ve got everything you need.

When people mention ‘powerful’ laptops, that usually means that they’re relatively bulky and heavy. And even though they may be powerful, they are still not able to compete with what’s considered a powerful desktop.

Most specialists will tell you that if a laptop and a desktop have similar specs, the desktop will be more effective. But why is that the case if the specs are similar?

The answer is that desktops usually come with full-size parts that are often more powerful than similar counterparts designed for laptops. It’s especially noticeable with processors and a computer’s overall speed.

Yes, laptops may come with processors that have similar model numbers, but that doesn’t mean that they’ll match a desktop’s performance. Here’s an example of what we mean:

You’d think both computers would have similar performance because they have the same model number, but this isn’t the case!

Your desktop will be noticeably smoother and faster because its full-size desktop processor is more powerful, even though it has the same model number as the processor inside your MacBook Pro.

But what happens when laptops and desktops are evenly matched in performance? Is one more expensive than the other for basically giving you the same result?

Well, the news is no big surprise. When a desktop and laptop are evenly matched, desktops come out as the winners as they’re almost always less expensive. So, a desktop is definitely the one to opt for if it’s all about value for money. 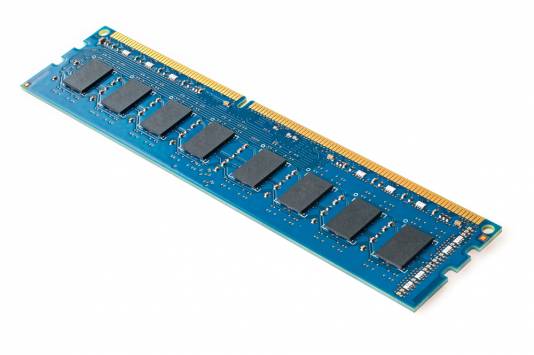 The unfortunate reality is that if you have a laptop, you’re pretty much stuck with what you’ve got until it’s time for you to get a new one. Essentially, you can usually only really upgrade by replacing the whole device.

With desktops, you can upgrade whenever you’re ready, component by component and lengthening the life of your machine significantly. You can upgrade several parts on a desktop that you can’t on a laptop. This means that you can buy individual parts to meet your exact needs rather than having to go out and buy a new model.

The same goes for graphics cards for visual work or gaming, and storage like hard disk drives and solid-state drives. You can just add them to your desktop set-up when you’re ready

With laptops, you can’t usually upgrade the graphics chip, and they usually only let you upgrade the single hard drive or SSD they come with. Most people just work and play on their laptops until the machine becomes so slow that they just get a newer, faster model.

Upgrading a desktop is also much easier than you think. You certainly don’t need to be a tech expert at all. Simply follow some Youtube tutorials and you’ll have it mastered.

Some people might picture a big old dinosaur computer when the term ‘desktop’ is brought up, but that’s not the case these days. Lots of desktop PCs are slim and sleek in design and there are also all-in-one desktops which are much more compact.

With an all-in-one, all the tech parts are hidden behind the screen and don’t require an additional tower. They’re also pretty slim and small – desktops that you can buy or build yourself that can fit around your work area without taking up too much space.

Most computer companies, including Apple, sell all-in-one desktops where the entire computer is built into the screen enclosure. These are great if you want to avoid messy wires everywhere and want a neat package.

Are there any disadvantages to desktops?

While desktops are certainly powerful, they do take up a lot of space. When you buy a desktop, you’ll still have to buy a monitor and probably a keyboard and mouse, meaning less room and extra costs. Portability is where laptops really shine.

If you need to be mobile, then a secondary laptop or tablet could easily solve that problem, but again, that’s an added cost on top of buying a desktop.

Laptop or desktop: what are the advantages of a laptop?

As we’ve mentioned, the key benefit of a laptop is its portability. Wherever you go, and whatever you do, laptops can easily travel with you. They’re light, don’t occupy much space, and can fit into a relatively small bag.

They’re perfect for in the office or at home, and everywhere in between, such as on the train, in a café, and generally on the move. Plus, if you feel the urge, you can also work from the comfort of your bed! Or if you’re not working, you can use your laptop for watching TV and playing games.

Sitting at a desktop for hours can be very tiring, and also has the potential to cause back problems and generally niggly health issues. Of course, whatever computer you’re working on, you need to have a comfortable and supportive chair to sit on, otherwise, you’ll soon find that those aches and pains can appear.

Unlike desktops, which seem to have an abundance of cords to attach, laptops are simplicity itself. All they have is a single charging cord, making it a breeze to set them up and get started working or gaming.

When looking at the difference between a PC and a laptop, power is a huge factor. The power we are talking here about is the watts used by both of the devices. Laptops use much less power than a desktop, and that in itself has many benefits.

First of all, you save electricity and the cost of electricity! You can have them plugged into the mains whenever you wish, but they can go for long periods using just the battery, which makes them ultra-convenient.

Some laptops can hold up to ten hours of charge or more! Even laptops which have three or four hours allow you to work anywhere in the house if you feel like a change of scenery.

The stored power can be a lifesaver because you never know when there is going to be a power outage. What happens if you’re working on your desktop and you get a power cut? However, with a laptop, you don’t have to face problems like these as your work is always safe and secure.

In the modern world, how things look, as opposed to what they actually offer, is increasingly important to people. So why would you choose a ‘big box’ computer when you can buy a slim and beautiful device which does the same as a desktop but just looks better?

When it comes to a laptop or desktop, laptops are unbeatable in their style.

An all-round device with excellent features

The benefits keep on coming with laptops. You can pretty much do anything on a laptop, from working on reports, and spreadsheets, to playing games or editing videos. And laptops come with some jaw-dropping features that no other device can provide.

For example, there are 360 rotation screen laptops. This means you can now tilt their screens as far as you want. New and more advanced laptops also have the feature of touch screen use. Along with all this, some new laptops come with a smart face unlock.

The difference between a PC and laptop: pricing

Two big factors to consider when deciding between a laptop or desktop are how much they cost and how big your budget is.

If you’re just after a standard laptop for day-to-day use for tasks such as writing documents, emailing, web browsing, spreadsheets, and watching YouTube, then you won’t have to pay much for a good laptop.

With less power used, your bills will be less, and laptops are also easier to maintain and they’re cheaper to repair than desktops. If you ever need a new laptop part, they’re less expensive than comparative desktop parts.

But if you want an all-powerful laptop, then you’ll pay more than you would for a comparative desktop, especially for a gaming laptop.

Desktops, on the other hand, tend to be more expensive than base laptops but can be cheaper than high-end laptops. Of course, the biggest and best desktops for power and performance are going to cost the most.

Laptops are an incredibly versatile piece of tech, but desktops are powerful beasts and workhorses that will last much longer, can be upgraded more easily, and on which you can play all the latest games and do everything from photo and video editing to music production.

Laptops and Desktops at Ebuyer

Like most things, whether you go for a laptop or desktop ultimately depends on what you need it for. As we mentioned earlier, in a perfect world, you’d have both, as they each have their strengths.

No matter, which you choose, we have plenty of laptops and desktop PCs on offer in the Ebuyer store. Start browsing today for your perfect model or pick up some new components for your rig.

You can also check out the Ebuyer blog now for more detailed guides like this one!