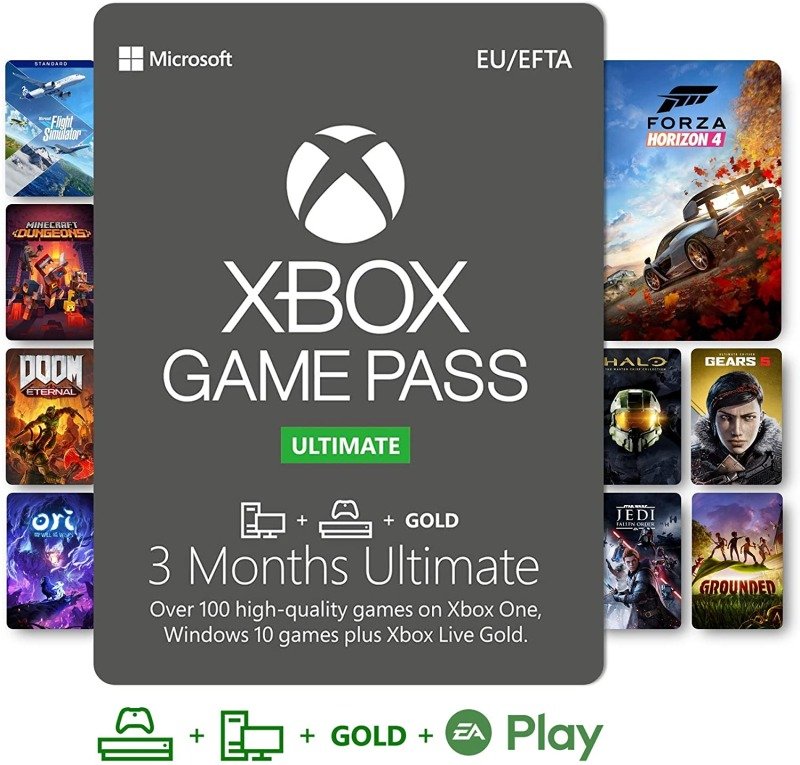 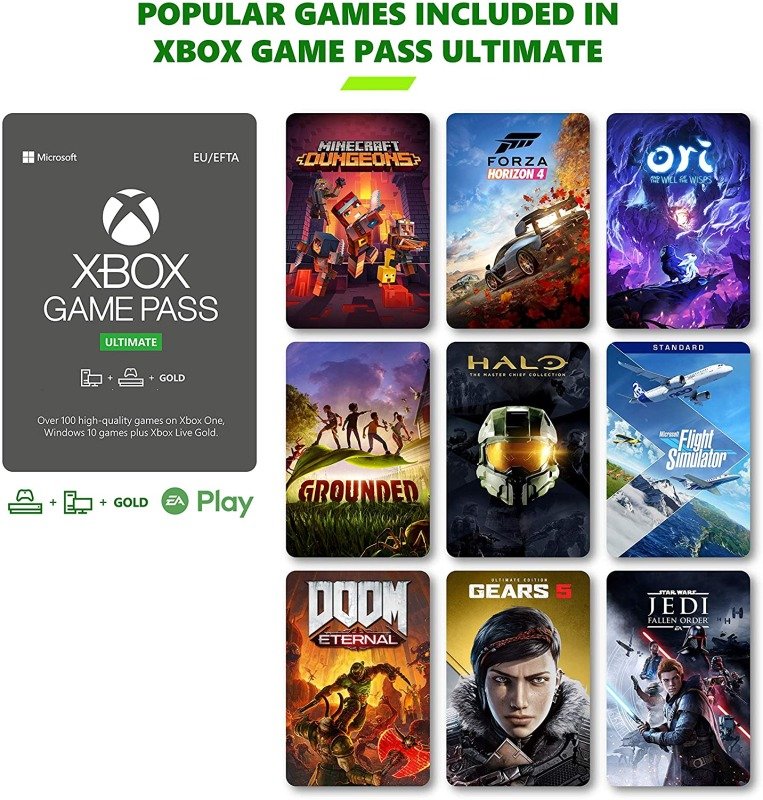 All the benefits of Xbox Live Gold, plus over 100 high-quality console and PC games. With games added all the time, there's always something new to play.

Download and play new games on day one like Gears 5, and critically-acclaimed indie titles like Wargroove and Human Fall Flat-plus recent blockbusters like Metro Exodus and Monster Hunter: World. With a huge variety of games from every genre, there's something for everyone.

Gaming on Xbox One is better with Xbox Live Gold

Compete or cooperate with the Xbox community on the most advanced multiplayer network, where dedicated servers maximize performance, speed, and reliability.

Discover titles you've always wanted to play or revisit favourites that you've been missing. Download games directly to your console or PC and play online or offline in full fidelity.

Discounts on Xbox One games

Enjoy exclusive member deals and discounts up to 20% off games in the Xbox Game Pass library, plus up to 10% off related game add-ons and consumables. Play together with friends on the most advanced multiplayer network and discover your next favourite game.

3.Install your choice of games.

4.Discover your next favourite game.

What is the Xbox Game Pass Ultimate plan and what are its benefits?

A: The Xbox Game Pass Ultimate plan includes all the benefits of Xbox Live Gold, plus over 100 high-quality console and PC games. New games are added all the time, so there's always something new to play. Enjoy exclusive member deals and discounts. Play together with friends on the most advanced multiplayer network and discover your next favourite game.

A: Yes, you can still join Xbox Game Pass and Xbox Live Gold separately. However, if you upgrade to the Xbox Game Pass Ultimate plan, any prepaid time will be applied until the membership has ended, up to 36-months.

Use your active Xbox Game Pass Ultimate membership to play games on Xbox One and Windows 10 PC. Includes Xbox Game Pass for Console, Xbox Game Pass for PC, and Xbox Live Gold. Maximum 36 months of Ultimate redeemed per account at a time. Game titles and number vary over time and by country. If your membership terminates or a game is removed, you must reactivate your membership or buy the game to continue using any add-ons or items purchased for a game. ISP fees and age restrictions apply. Terms and exclusions apply to discount offers. Service, features, and requirements may change or be retired. Subject to Microsoft Services Agreement (microsoft.com/msa).  If you're already an Xbox Game Pass or Xbox Live Gold member, any days remaining in your membership(s) will be converted to Ultimate using a conversion ratio. Future code redemptions also subject to conversion ratio. All conversions to Ultimate are final. Learn how this works at (xbox.com/gamepass).  For PC: App download, Windows update(s) and storage required (xbox.com/pcgamesplan). System requirements vary by game; performance scales with higher end systems. Except as required by law, codes are nonrefundable.  Upgrade and save: savings based on Estimated Retail Price of items sold separately; actual retail prices and savings may vary. Active subscription required; game catalogue varies over time. Requires Windows 10 and an app to play PC games; see details at (xbox.com/pcgamesplan). Discount offers exclude titles within 30 days of launch; discounts based on Microsoft Store price. Some discounts not available with select titles. Active Gold or Ultimate membership required to play free games you've redeemed. Restrictions Apply. See (xbox.com/game-pass).