Discover great quality gaming from a Sony Playstation games console. Amazing graphics and speed quality provide players with the ultimate gaming experience. With a Playstation you can do so much more than just play your favourite game. You're able to download different apps such as movie and TV streaming services and even browse the internet. Playstation consoles have great connectivity, giving you versatile options for how you use the device. 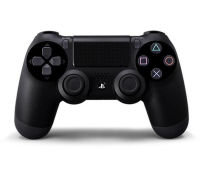 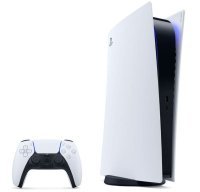 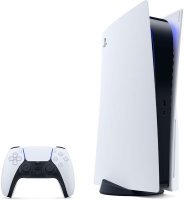 How game-changing is the PlayStation 5?

A new console generation's upon us, and the PlayStation 5 represents a true next-generational leap like we've never seen before.

Every aspect of console's technical make-up has been significantly upgraded, on-par or even exceeding the latest gaming PCs in certain cases.

Previously, games were stored on molasses-slow spinning platters. A mechanical arm would have to physically seek for data, constraining the potential of games and bloating loading times.

The bespoke integration of a blazingly-fast SSD in the PlayStation 5 lets game developers unleashes their creativity and design games in ways never before possible, and you'll be hanging around far, far less on time-wasting loading screens.

Console have historically struggle with their processors. The previous generation was particularly egregious, already outdated at release with woefully underpowered tablet-tier processors.

This time's different, however, as Sony's addressed this criticism directly by integrating a custom AMD processor with eight cores running at 3.5GHz in the PlayStation 5, for breath-taking gameplay up to 120fps.

More than a couple sticks

Follow the lineage of PlayStation's legendary controllers, and you'll notice they remain relatively consistent - until now.

The PlayStation 5's 'DualSense' wireless controller defies expectations for what a controller's capable of.