To connect the various devices on your network, you will need switches (or switching hubs as they are sometimes known). Here at Ebuyer, we offer a range of network switches for you to choose from with products available from many of the industry's leading names, including Cisco and HPE as well as NETGEAR and StarTech amongst others. 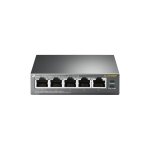 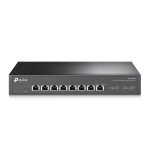 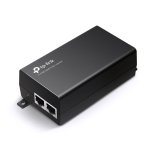 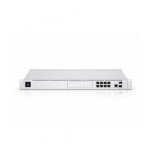 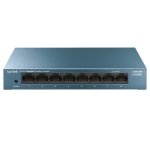 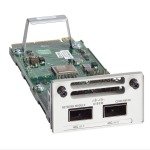 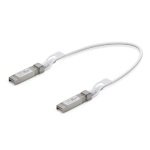 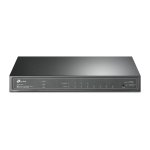 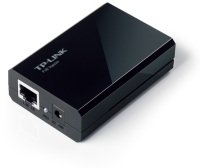 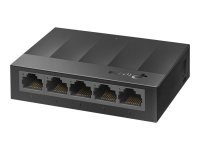 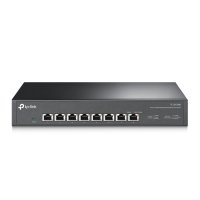 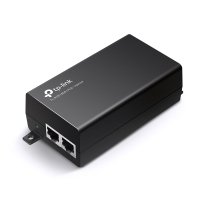 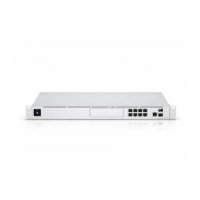 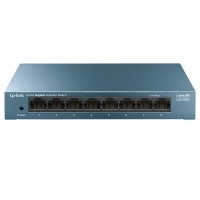 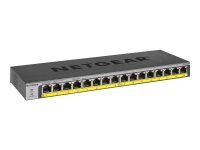 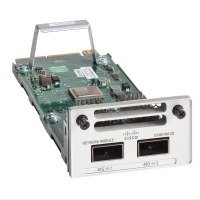 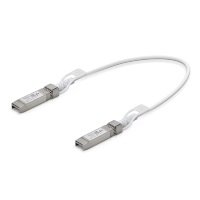 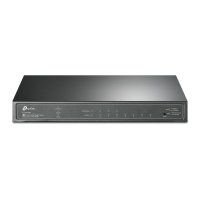 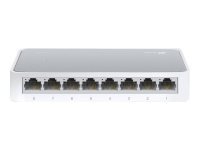 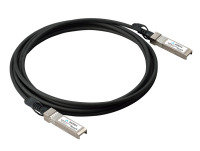 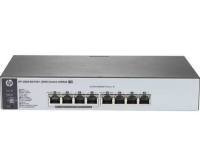 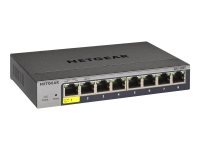 What to look for in a Network Switch?

The goal of a network switch is to enable communication to and from the ethernet devices connected to it, by granting you more ethernet ports.

What are the types of Network Switches?

Unmanaged switches are the simplest type of switches, making them one of the most commonly used switches in a home environment. They're plug-and-play switches which need no configuration or pre-requisite knowledge. Simply plug in power and an ethernet device, and you're good to go.

They come pre-configured, but with no option for customisation. Their no-frills feature set makes them an affordable option and is reflected in their form factor, too. Unmanaged switches are 'dumb' - there's not a whole lot going on under the hood - but this conveniently means they're thin, light and quiet. With fan-less and wall/desk-mountable designs.

If all you need is more ports, an unmanaged switch is perfectly adequate, but it likely won't be enough for networking professionals. If you want to monitor and manage the devices connected to a switch - with often improved security - you'll need to step up to a managed switch.

Conversely, a managed switch affords a greater level of control over a network with a more granular, configurable and advanced feature set. If you want to divvy-up your network's devices, allocating more bandwidth to higher priority devices, you could do this with 'Quality of Service' (QoS).

For instance, if you've got a game console plugged up to a managed switch among other ethernet devices, use QoS to ensure it receives the most speed possible for lag-free and stutter-free gaming. With a managed switch, you can configure a port's speed, set up virtual LANs and much, much more.

A richly featured managed switch comes at a cost. Even with the same amount of ports, a managed switch will be considerably more expensive than an unmanaged switch. While versatile, a manage switch is more targeted towards networking professionals for use alongside enterprise-grade servers, as they can leverage its entire suite of features.

Unlike a unmanaged switch, they're not plug-and-play - a managed switch will require some technical know-how. For a switch with a less specialised function but a more user-friendly interface, there are smart switches.

Not as feature-rich as a managed switch but not as 'dumb' as an unmanaged switch either, a smart switch is a great in-between option for those wanting at least some configuration, but not to be thrown straight into the deep end.

You don't have to be a networking engineer to operate a smart switch. You won't find any imposing command line interfaces - a smart network switch is designed to be accessible to the average consumer, configurable though an understandable graphical user interfaces on a internet browser or smartphone application.

All the key functionality is present, but some advanced-level features - which you'd unlikely use - are cut out for simplicity's sake. Smart switches are ideal for smaller, less demanding networks with easy-to-use interfaces.

Power over Ethernet (PoE) switches don't only transmit data over an ethernet connection. Electrical power can also travel alongside it - in one cable! PoE switches are particularly useful for a home security camera system and PoE-powered networking gear like a wireless access point or a range extender. These are often mounted high-up in remote locations, far away from a power outlet.

Rather than routing power in addition to ethernet, or haphazardly deploying PoE injectors all over the place, simplify it down to just one cable. In a busy office environment with desktops PC, printers, VoIP phones and more, a PoE switch can help cut down on messy cables considerably for clean and easily managed set-ups.

Small form-factor pluggable (SFP) modules are - as the name suggests - compact and small form factor transceivers for connecting one device to another. They're hot-swappable and support high data rates.

A router - as the name implies - routes data from one location to another, so they're sometimes conflated with a network switch. Ultimately, the goal of both is the same, but how they achieve it varies. Here's the simplest way to think about it: a network switch works 'offline' - wired - over a local area network (LAN), whereas a router works 'online' - wireless - over a wide area network (WAN).

While your home's router uses Wi-Fi to connect devices, they often have a small network switch built-in, muddling the situation. It may be enough for a couple of devices located close to your router - a TV or game console for instance - but what about all the other ethernet-connected devices in your home or office? Some can connect wirelessly, but for a stable, reliable and lightning-quick connection, a network switch is a must.

Also, you can smartly integrate and configure a switch into your infrastructure to act as your network's first line of defense. Rather than directly hooking up your devices and exposing them to your router's wide area network (WAN), go through the local area network (LAN) of a network switch first and use monitoring tools to check all the data's good to go.

Ebuyer's broad range of network switches are available from the biggest names in networking, including consumer-friendly options from NETGEAR, TP-Link and Zyxel, to enterprise-grade solutions from Cisco and HPE.

Unmanaged switch, managed switch, smart switch or PoE switch - whether you're building a home or enterpise networking, Ebuyer have all the equipment you need. Order today and benefit from our low prices, avaliable with next-day delivery.

What is Power Over Ethernet