Here at Ebuyer, we've got a broad range of CPU coolers from the biggest names in high-performance cooling including NZXT, ASUS and Nocuta amongst many others. These CPU coolers are self-contained cooling systems and can be either air cooled or water cooled. 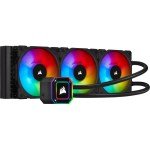 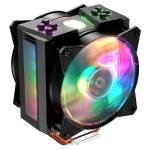 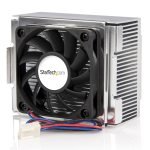 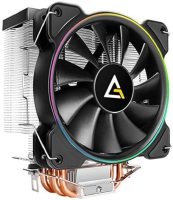 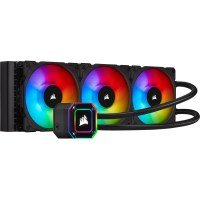 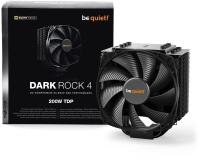 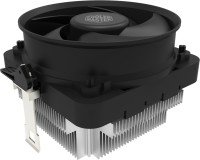 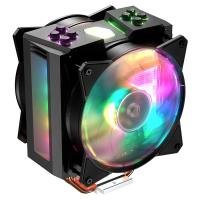 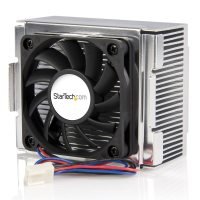 Upgrading from a middling in-the-box stock cooler to an aftermarket CPU cooler is a great investment for many PC builders, gamers and performance enthusiasts. Keeping your CPU adequately cooled will ensure optimal performance even whilst running hardware-intensive applications, including the latest triple-A games.

Many, including those from Corsair for instance, will have their own proprietary suite of software tools to monitor temperatures and controls fans, as well as RGB customisation to personalise your PC. Conveniently, many of the big-name brands don't only make CPU coolers, they're heavily involved in all facets of PC cooling and modding, including computer cases and case fans. For a streamlined, cohesive set-up with RGB lighting that's easily tied together - conflict-free - through the same software interface, it may be worth considering picking up all your cooling equipment from one brand.

For instance, Corsairs makes CPU coolers - mainly all-in-one water coolers - computer cases, cases fans and RGB hubs for seamless control through their Corsair iCue software. That's just one example - NZXT, ASUS and more all have their own bespoke software to operate their respective products. You may want your CPU cooler from the same brand as your computer case and case fans for convenience's sake, rather than hopping in-between all these background processes and attempting to synchronise their RGB lighting manually.

What to look for in a CPU cooler - Air cooler Vs. All-in-one water cooler

Look through the wide range of CPU coolers we have on offer here at Ebuyer. Order today and take advantage of the great deals we always have available.

The highest performing air coolers are massive, towering over the motherboard's DIMM slots - interfering with the RAM - and brushing right up against the computer case's side panel. While the water block of an all-in-one water cooler is considerably easier to install, the radiator needs to be accounted for. Stretching up to 360MM in length for the largest triple-fan radiators, you must ensure your computer case can support it. Not only the length of the radiator, but the depth too. When fans are strapped to it, the thickness may interfere with lengthier graphics cards.

Performance is the main consideration when choosing a CPU cooler, but noise follows shortly. It's one of the main reasons you may be upgrading from a stock cooler, as their integrated fans tend to be of a lower quality and their smaller, concentrated shape results in a whinier tone. Having what sounds like a jet engine strapped inside your PC is distracting - even with a gaming headset on - and the noise may be picked up by your microphone when live-streaming or communicating with your teammates.

The fans on aftermarket CPU coolers are a considerable step up in both thermal and acoustic performance, they're very silent. With a finely tuned fan curve - configurable through software or the motherboard's BIOS - they can be more-or-less silent at idle temperatures. When you launch a game or an intensive application and the CPU's temperatures start to rise, it doesn't mean the fans have to ramp up to 100%. As an aftermarket air cooler or all-in-one water cooler can endure a greater amount of heat, the fan curve can be more gradual and only spool up when needed.

On average, all-in-one water coolers perform better than air coolers, meaning their fans can spin at a slower revolutions-per-minute (RPM) for less noise. However, there's a mild hum of the integrated pump cycling water through the closed-loop is a factor - it may even be oddly calming to some.

While stock coolers are very straightforward to install with clip-on and screw-less mounts, aftermarket CPU coolers are a bit fiddlier, but definitely worth the effort. The bigger the air cooler, the more robust mounting mechanism it requires to support the increased weight. Backplates, spring-loaded screws and more - there's more steps involved, and an air cooler is often cited as the trickiest part for first-time PC builders. Their unwieldy size is difficult to install and build around.

However, their maintenance is as simple as can be. They're not much more than big ol' blocks of metal with a fan strapped onto the side. No intricately moving parts or points of failure to keep eyes on. As long as your motherboard supports your CPU cooler's mount, you could transfer it from one gaming PC build to another, even after years' worth of use. This makes air coolers great for 'set it and forget it' applications, requiring minimal maintenance. Occasionally you'll have to clean out its fan and blow away the dust trapped in-between its cooling fins, but a couple bursts of compressed air can trivialise an already easy process.

All-in-one water coolers are comparatively easier to install despite their increased complexity. Water block, radiator and fans - there's more parts, but each is more user-accessible than an imposing air cooler. The water block is installed using the same method as an air cooler, but since there's no huge mass of metal standing in your way, it can be screwed down with minimal hassle. Most of the prep for the radiator and fans can be done outside the computer case, then lowered and screwed in with ease.

On the other hand, an all-in-one water cooler requires a greater deal of awareness and maintenance. The thought of voluntarily introducing water to an electrical system is a big enough concern - understandably so - but that's not entirely what we mean. These all-in-one water coolers are stringently tested for leaks and have many fail-safes to prevent water spraying all over your components. You need to ensure the all-in-one water cooler is properly configured for optimal performance. The orientation the tubes are facing can have a bigger impact than impact than many expect - so check the manual!

Compared to an air cooler that's located over the CPU socket, an all-in-one water cooler's radiator is located at either the front-mounted intake or rear-mounted exhaust of a computer cases, where it's more susceptible to dust and other contaminants. It'll hopefully be situated behind a dust filter, but the radiator is the next line of defence and needs more frequent cleaning to prevent clogging up with dust.