If you're running a server and network in your business or organisation, then it's vitally important that you invest in network-attached storage drives. A NAS HDD is a hard disk drive which has been specifically optimised for NAS systems and can store a large amount of data as part of a network. Crucially, however, that data can be accessed very quickly, dramatically cutting wait times even when a server is under stress.

The NAS hard drives available from Ebuyer are designed to increase the efficiency and performance of your server network, allowing for fast, easily accessible data on-demand. Browse our selection to find the ideal type of NAS hard drive in your price range. 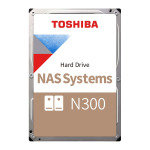 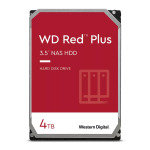 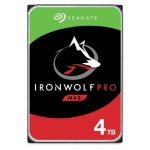 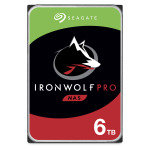 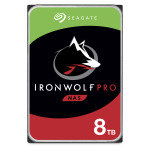 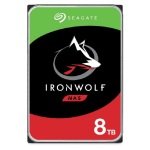 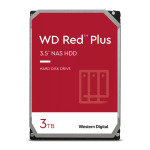 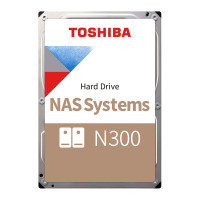 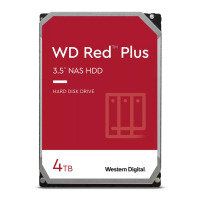 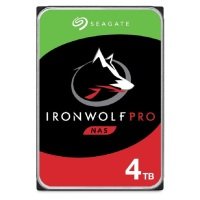 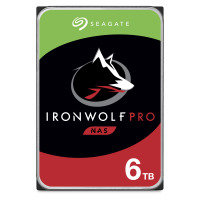 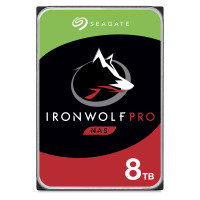 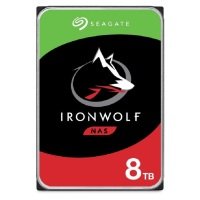 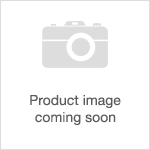 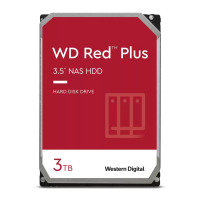 What is a NAS hard drive?

If you're running a business or an organisation, then it is almost certain that you will need a NAS hard drive at some point. But what exactly is a NAS drive?

Network Attached Storage is essentially an external device, like a USB stick or portable external hard drive, which is connected via a wired or wireless network connection. Unlike those types of storage, however, a NAS HDD can be accessed by any compatible device within a local area network, allowing a user to easily access the files stored on it.

How will my business benefit from a NAS drive?

If you need somewhere to store files and documents, perhaps in an attempt to clear up space on local SSDs that are becoming overloaded, a NAS HDD with multiple drives makes for the perfect wirelessly connected hard drive. Whether you're backing up data or freeing up space, NAS is a great option for expanding your businesses storage with minimal effort and expenditure.

Small businesses can especially benefit from the use of NAS drives because multiple people will be able to manage, store, and back up files from a single location instead of spreading data out across all of the devices in the workplace. It is much easier for a single worker to access multiple files related to one project or job when they're stored in a centralised location, rather than on multiple computers.

Many NAS drives feature encryption for disk volumes. This adds another layer of security to your professional digital environment. If, for example, an employee's laptop is lost or stolen, it won't have any sensitive files, documents, or data stored on it. Instead, everything is kept secure and separate on your NAS drive. It's much easier to keep control of one NAS than multiple computers.

Is using a NAS drive better than the cloud?

While cloud storage can be useful for having access to important files from absolutely anywhere, it's sometimes not the most efficient or reliable solution for online storage. It can be slow and is generally restricted to a single account or users. Access to the cloud is bound by transfer speeds, which are limited by your internet plan, bandwidth usage, and even the cloud service itself. NAS drives, on the other hand, only require you to be in the vicinity of the drive and have access to an internet connection in order to access it, giving you ready access to the data stored on it.

Can I use a NAS hard drive as a regular hard drive?

All NAS drives are designed to be left on for extended periods of time. In fact, in many ways a NAS drive is better than an internal HDD as you don't need to worry about wires getting in the way or finding space besides your computer to store an external HDD. NAS drives can even be used on the go, in many ways making them better than their wired portable counterparts. Whether you're working or gaming, a NAS drive can do both flawlessly.

What is the best NAS hard drive?

It's difficult to say what the best hard drive for NAS is. It largely depends on what you're looking for. NAS drives can store a huge amount of data, anywhere from 1Tb up to 4TB and above. Each drive model will come with differing spindle speeds, with most drives operating at 3.5", though some of the smaller form 2.5" drives are available if required.

All that being said, for the best NAS drives, you can't go wrong with models from either Western Digital or Seagate. Both companies offer a vast array of NAS drives, with some having over 16TB of storage.

Whether you're after one or multiple NAS Hard Drives, you'll be able to find exactly what you need right here at Ebuyer. We stock a large selection of NAS Hard Drives, and you can choose from reputable manufacturers such as Western Digital, Seagate, and Toshiba.

Order your hard drive today and take advantage of the low prices and fast delivery available from Ebuyer. To learn more about hard drives in general, you can read are article comparing HDDs and SSDs. For other interesting pieces, you can visit our blog.