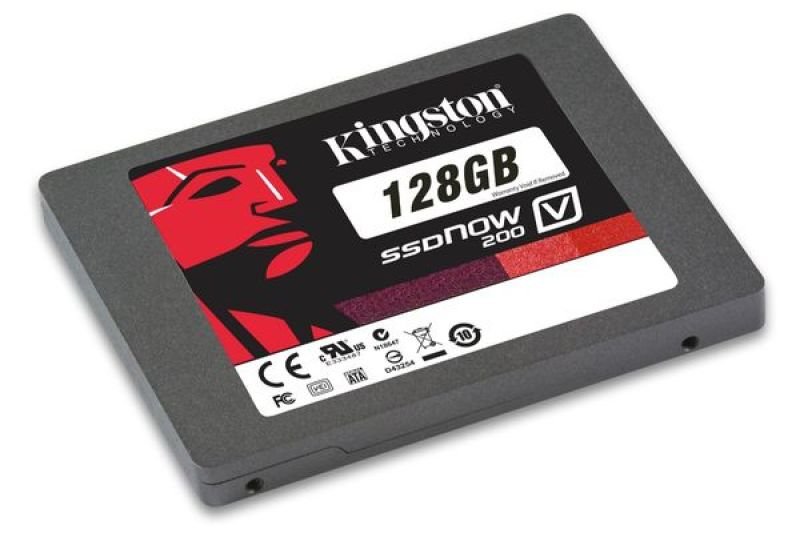 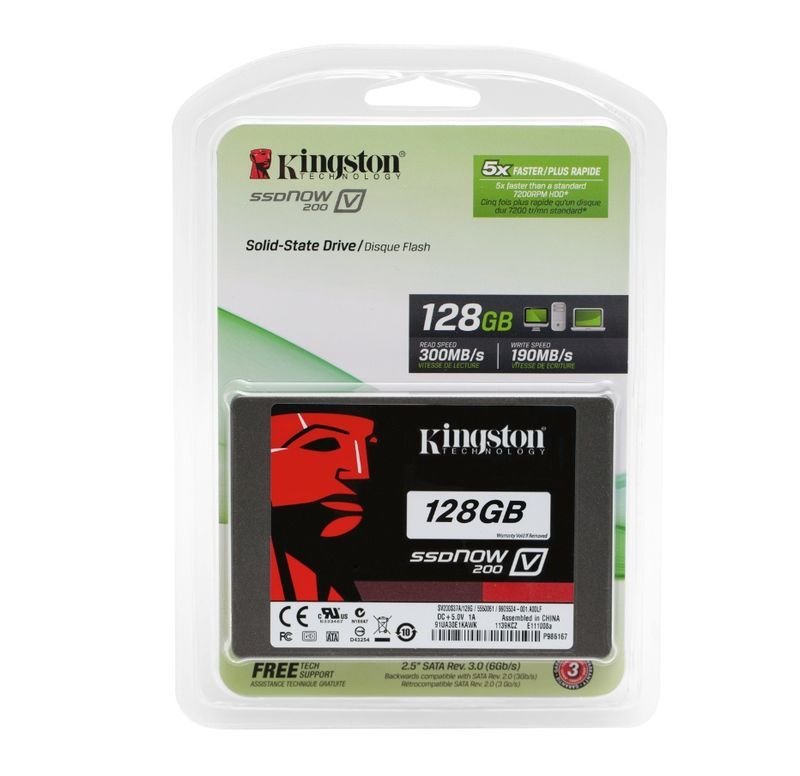 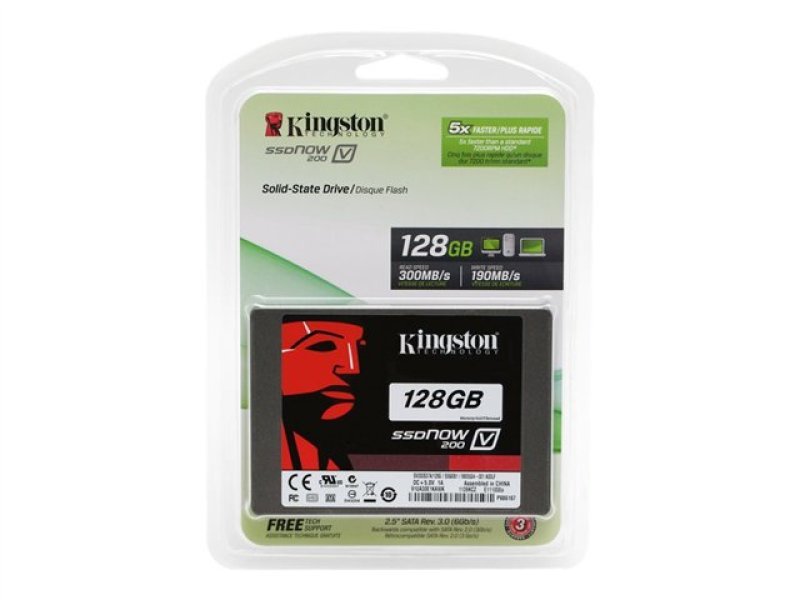 Revive your computer and stretch your system without stretching your budget. Kingston's SSDNow V200 makes it easy. Designed for notebook and desktop hard drive replacements and upgrades, it maximizes your computer investment while boosting the performance of the system and its applications. More reliable and more durable than a traditional hard drive, it also runs silent and cool while making computers more responsive than ever.

Keep hearing people talking about them, but not sure what on earth they are and more importantly, why should you care? Let us tell you a bit about the new technology that's changing the face of storage.

A solid state disk is a device that from the outside behaves a lot like any other hard disk. On the inside, however, SSDs are quite different. Regular hard disks rely on spinning magnetic platters, whereas SSDs use the latest flash memory chips as storage... without a single moving part.

What makes an SSD better?

There are three main advantages that SSDs bring over traditional hard disks.

How does a Desktop / Notebook use an SSD?

An SSD drive has a SATA connection just like most modern hard disks. Plugging it in the same way as you would a hard disk will make it appear to the computer as a storage device. It's then ready to use - simple as that!

How four user groups can really reap the benefits of SSD technology?

Notebooks, especially smaller models and netbooks tend to have lower performance. Replacing the hard disk with an SSD can help speed things along whilst also extending battery life. Better still, the lack of moving parts in an SSD means it can take a few bumps and knocks with no ill effects.

If you spend more time waiting for things to load than you do actually using them, the performance boost of an SSD drive could be just what you need to get more out of your PC.

With enormous levels and more graphical detail than real life, there's a lot of data to fetch when loading games. An SSD will help you spend less time loading maps and more time laying down your awesome skills.

If you combine an SSD and a hard disk, you can use the SSD for the operating system, applications and as your image editing software's scratch or working area, while the hard disk can be used to store your original and edited photos. With the SSD handling all the intensive stuff, the editing process will be so much quicker.

Aren't there other ways to speed things up?

Yes, there are, but if you want the benefits described above, there are few ways that compare to an SSD. Intsalling an SSD is THE single most cost effective upgrade you can do for your PC or laptop - It will boost your desktop or laptops performance, speed and efficiency.  But couple an SSD with a RAM memory upgrade and watch your machine really fly!!!

Why should I buy a Kingston V200 SSD?

What Next to improve my performance?

What we would recommend is that for SSD to work best, you need to have plenty of system memory - There's little point having a speedy disk if there's not enough space to load programs into. Click here » to view the 'Kingston Memory Configurator' - Guaranteed compatibility for your desktop or notebook system.