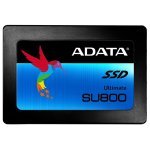 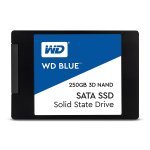 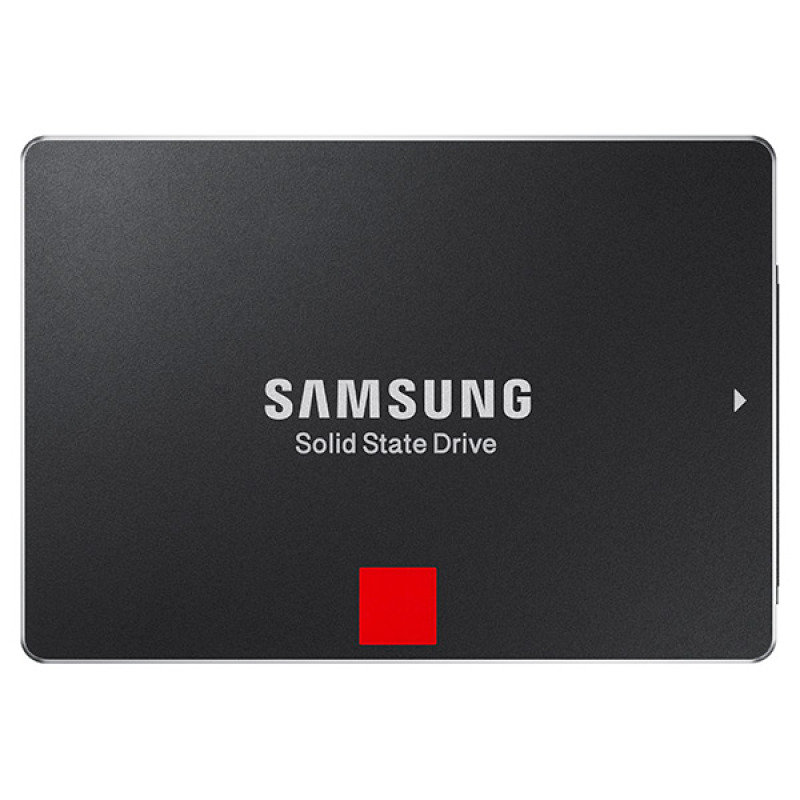 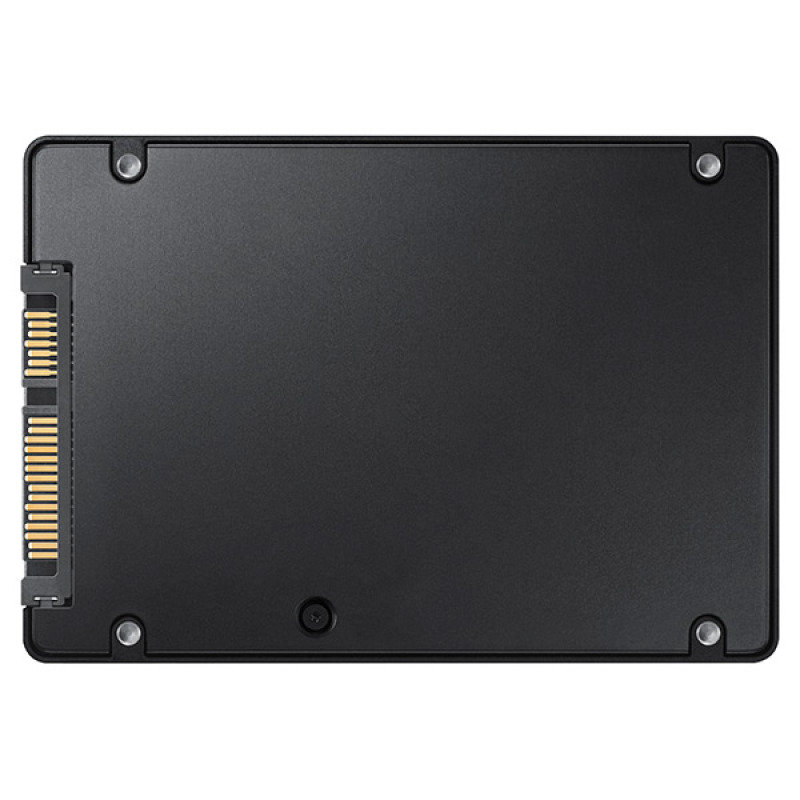 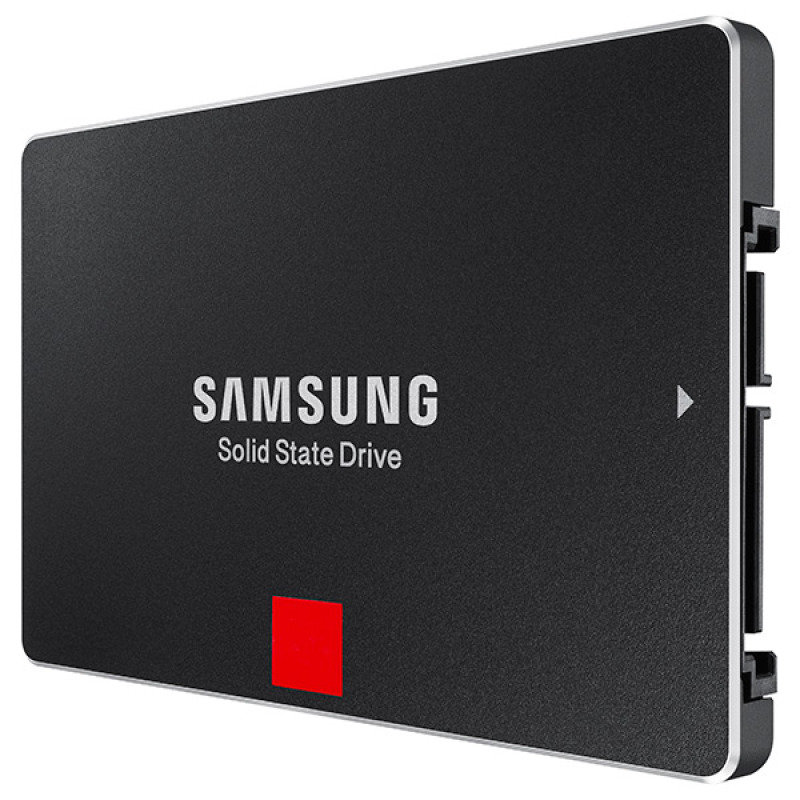 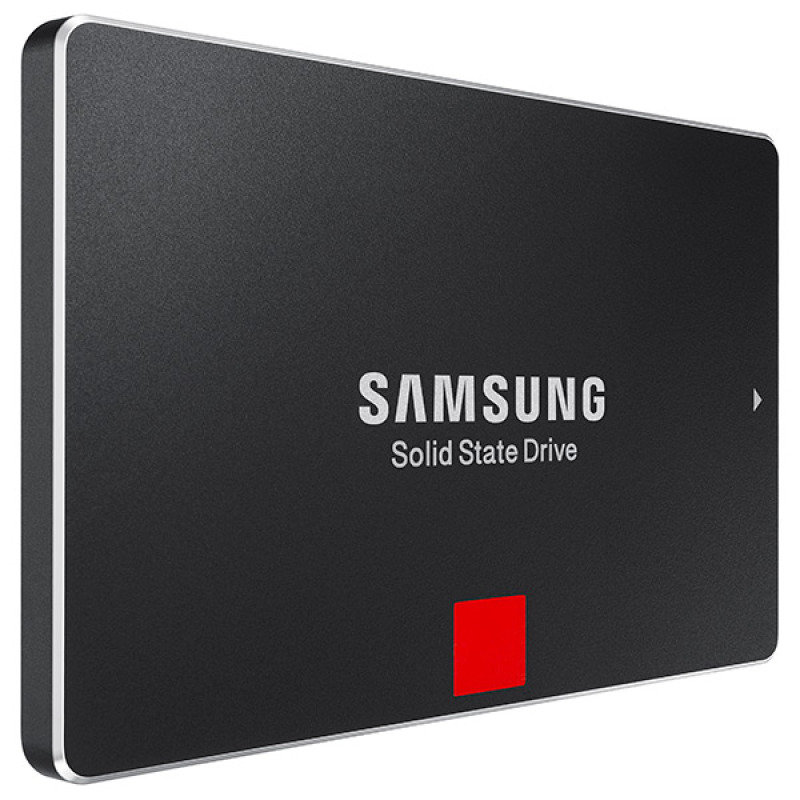 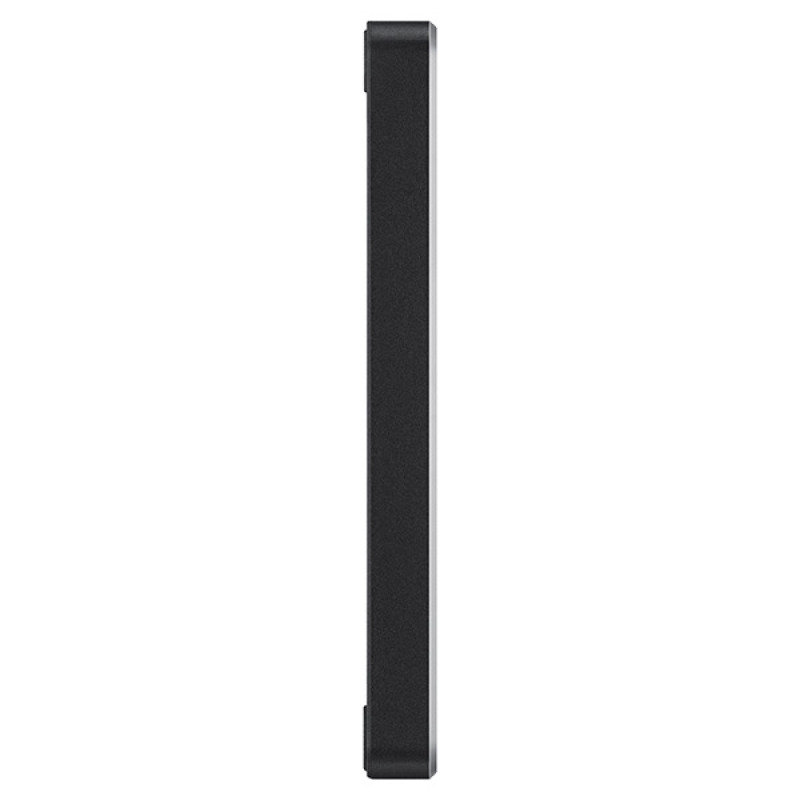 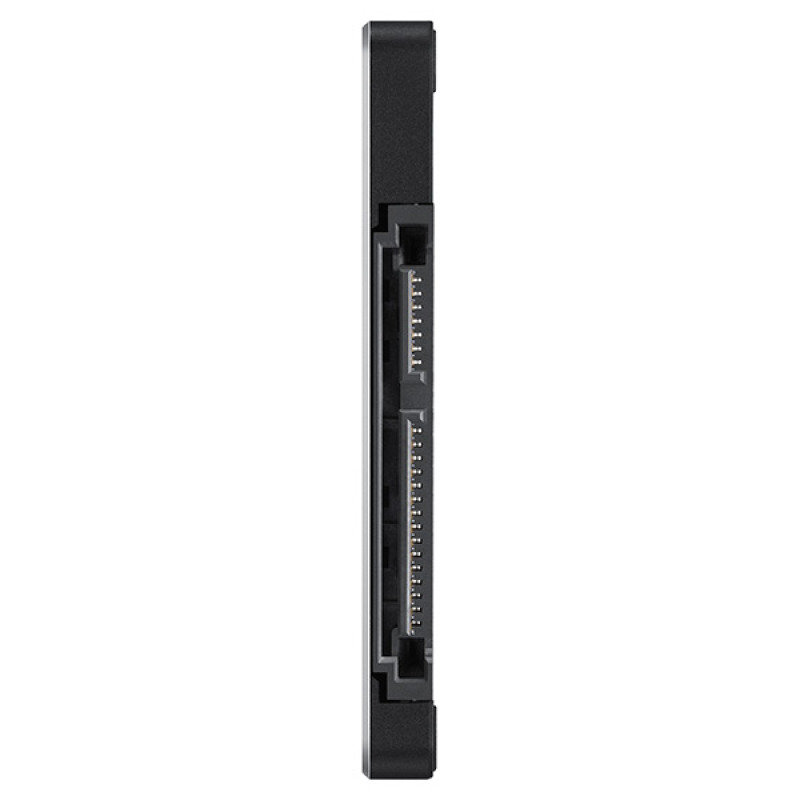 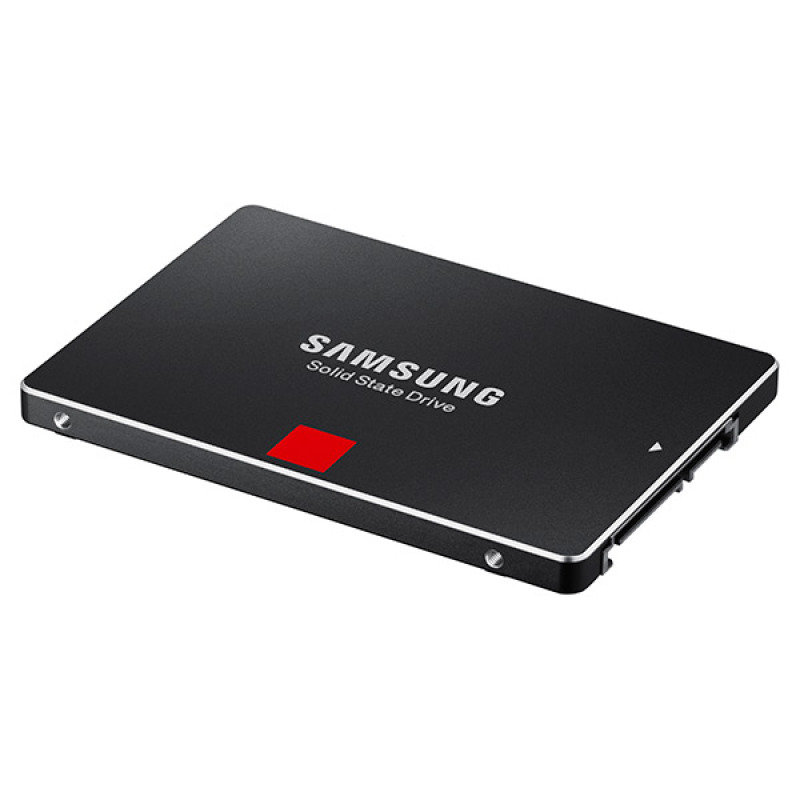 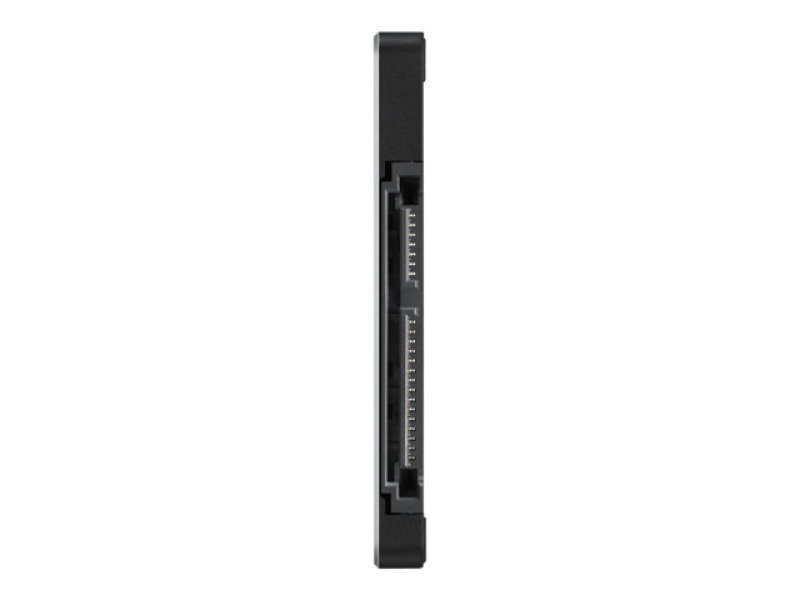 As a professional looking for the highest performing SSD available anywhere, look no further with the Samsung SSD 850 PRO.And if you're a hardcore gaming enthusiast, hold onto your seat, because you'll be amazed at the video performance you'll experience. Designed by, and created for professionals, the 850 PRO won't disappoint.Plus, it's available in a wide range of capacities to suit virtually any need - including 1TB.

The 850 PRO boasts the world's first Vertical NAND (V-NAND) SSD available to the end consumer for use in high-end computing PCs. Whether you're a heavy workload professional or an avid gamer, you'll find that the 850 PRO delivers blazing-fast speeds - the fastest on the market - and the most endurance to ensure it won't let you down when you need it the most. Whatever task you throw at it, it will perform superbly - and do so with more energy efficiency than you ever thought imaginable

Gear up for super-charged performance

Powered by Samsung's cutting-edge 3D V-NAND technology, the NAND flash memory delivers the ultimate in read and write performance in both sequential and random aspects. This is especially impressive in the 128GB model* that outperforms similar models on the market by more than 80MB/s in write speed. 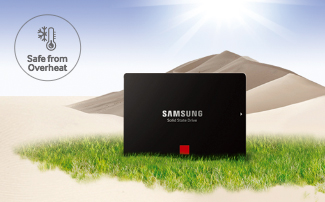 When you take your laptop on the road, you not only need to protect your PCs hardware, but your personal data, too. But don't worry.The 850 PRO's Self-Encrypting Drive (SED) technology will help keep it safe, even if you lose your laptop. The drive includes an AES-256-bit hardware-based, full disk encryption engine that secures your data without performance degradation, which is often experienced with software-based encryption.

The 850 PRO's advanced security complies with the Trusted Computing Group (TCG) Opal v2.0 standards, Physical Security ID(PSID), and is compatible with the Microsoft® eDrive Institute of Electrical and Electronics Engineers® (IEEE) 1667 protocol. You can choose from three security features to suit your individual needs. Plus, you can erase or initialize data with the crypto erase service through customer service 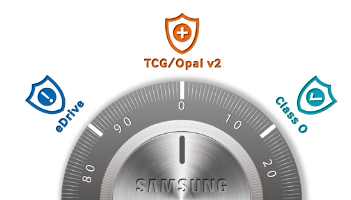 Samsung prides itself on its innovations in efficient power management technologies that help you work longer and more productively. The 850 PRO is no exception, boasting the lowest idle power consumption of any SSD, which is extremely important considering that SSDs spend most of their time in idle mode.In fact, the 850 PRO fully supports the sleep mode on the Ultrabook™, consuming only 2m watts of power. Plus, its LPDDR2 cache memory offers higher performance while consuming 30 percent less power when active and 93 percent less power when idle than typical DDR2 or DDR3 memory.

The efficient power management of the 850 PRO saves up to 40 percent more power than the 840 PRO because the 3D V-NAND consumes half that of a 2D planar NAND and is among the lowest in active write power consumption. 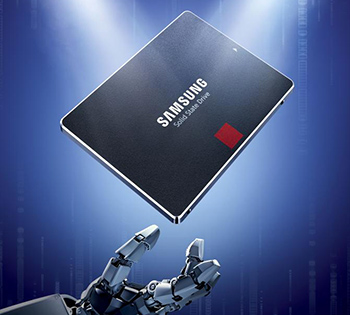 Samsung MZ-7KE256BW SSD 850 PRO 2.5" SATA III
The Samsung 850 PRO SSD redefines storage with the worldâ€™s first drive based on 3D VNAND flash, offering exceptional read/write performance, reliability and power management efficiency. The 850 Pro delivers up to 2x the speed, density and endurance of conventional flash.
Ultimate Read/Write Performance
Samsungâ€™s 850 PRO, the worldâ€™s first 32 layer 3D V-NAND, provides up to 100K IOPS Random Read Speed and 470 MB/s Sequential Write speed and the option of enabling Samsung RAPID mode, which can kick up to even higher speeds. With up to 2x the speed and density of conventional 2D flash, you get the most speed available for gaming and real world performance
Enhanced Endurance and Reliability
With an industry-leading 10 year, 150 TBW warranty, the 850 PRO offers unbeatable reliability. When combined with the 850 PROâ€™s 256-bit AES Self-Encrypting Drive (SED) security technology, you can rely on your files being secure and available whenever you need them.
Efficient Power Management
Featuring a 4th generation MEX Controller, the 850 PRO offers one of the most energy-efficient drives on the market, using up to 50% less power than traditional hard drives. It has the lowest active write power consumption and supports device sleep mode, which lowers power consumption to under 2mW.
Type
PRODUCT TYPE
2.5" SATA III Solid State Drive
Storage
CAPACITY  256GB
Features
SEQUENTIAL READ SPEED  Up to 550MB/s
RANDOM WRITE SPEED  Up to 90K IOPS
SEQUENTIAL WRITE SPEED  Up to 520 MB/s
RANDOM READ SPEED  Up to 100K IOPS
Environmental Specs
OPERATING TEMPERATURE  32áµ'F to 158áµ'F
Dimensions (W x H x D)
3.94" x 2.75" x 0.27"
Weight
Max 0.002 lb.
Warranty
10 Year Limited