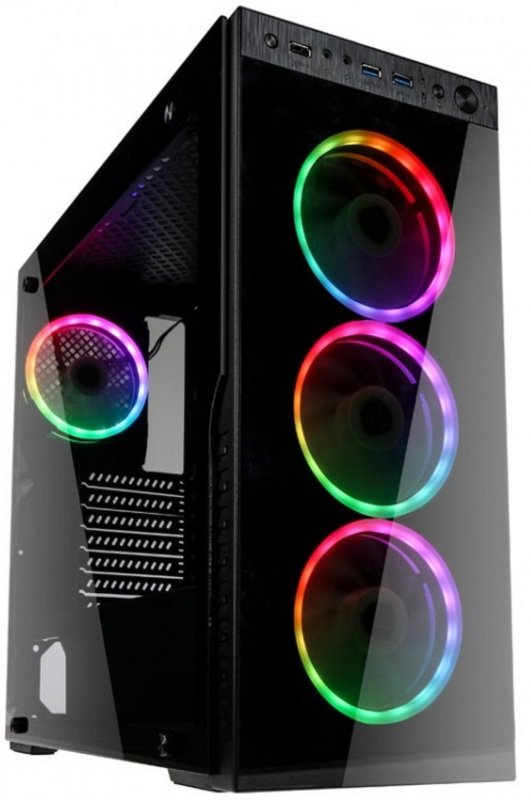 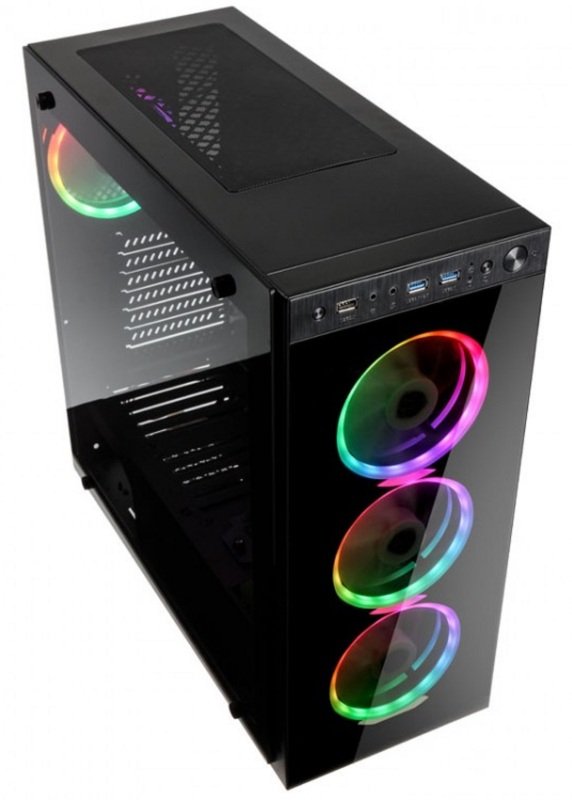 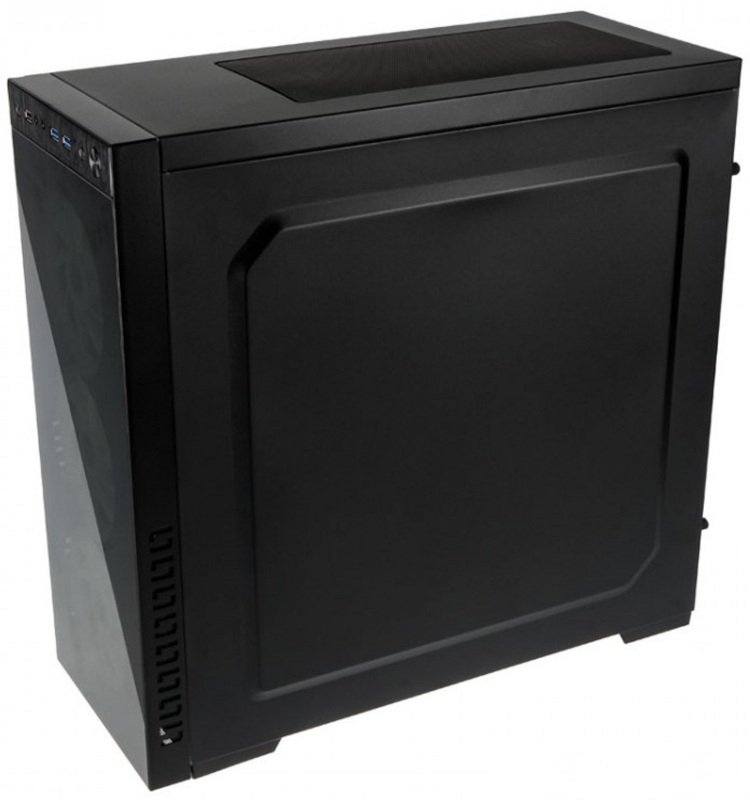 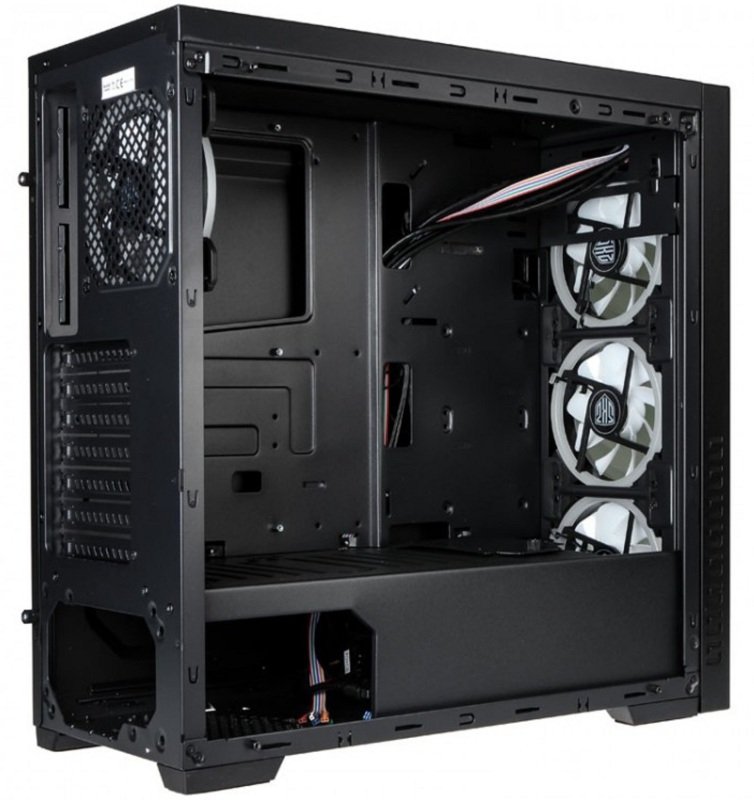 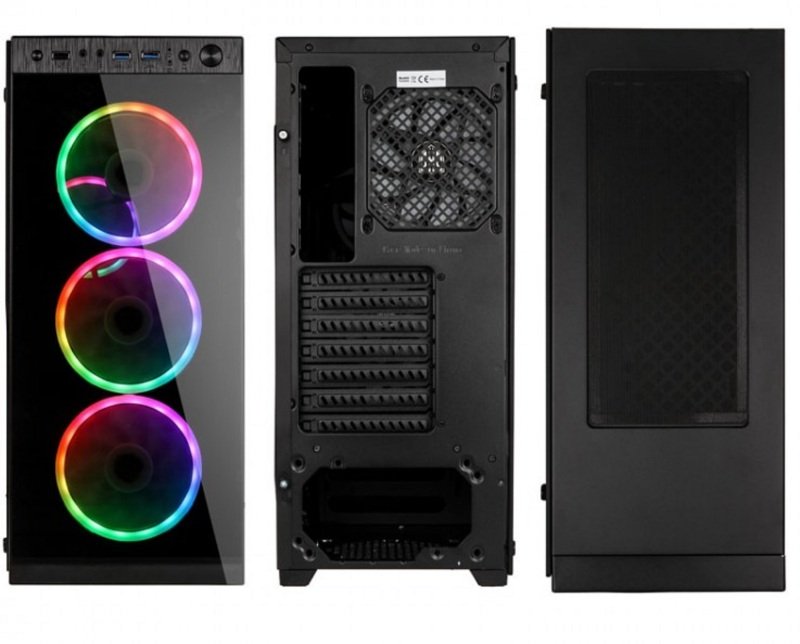 The Kolink Horizon is an impressive Midi Tower case with several unique features. The case's tinted tempered glass side and front panels are particularly striking. The dark tinted glass creates a distinct look that is even better when combined with the four colourful RGB fans Kolink have bundled with the case.

The side panel has a slightly curved shape. Rather than being a standard glass panel, the lower end has been partially tapered off, which leaves room on for additional vents to improve airflow.

The Kolink Horizon at a glance:

Curved side panel for optimal airflow

The Kolink Horizon in detail:

The Kolink Horizon is a Midi Tower case with a striking design. It includes tinted tempered glass front and side panels, which look especially good when paired with RGB LED fans.

The case is bundled with four 120mm Dual Ring Rainbow RGB fans. These plug into a fan hub controller, which is controlled via either a button on the I/O panel or an included remote control.

A range of cooling and connectivity options:

Aside from its impressive appearance, the Kolink Horizon features a range of useful and practical elements.

For instance, there are many possibilities when it comes to cooling. Air cooling being served by four pre-installed RGB Ring Fans (three in the front and one in the back). However you can also install two additional 120mm fans on the case's roof and a further two 120mm fans in the base.

For those who prefer water cooling, radiators of up to 360mm can be fitted to the front of the case while a 120mm radiator can be installed at the back.

The Kolink Horizon offers many options in respect to connectivity, there is an I/O panel that features two USB 3.0 ports, along with an audio jack and one USB 2.0 port. Additionally there is space internally for two 2.5"/3.5" HDD/SSD bays and three 2.5" HDD/SSD bays.

The Kolink Horizon features great support for components including room for up to 345mm VGA cards, 160mm CPU coolers and 240mm PSUs. 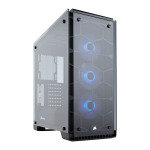