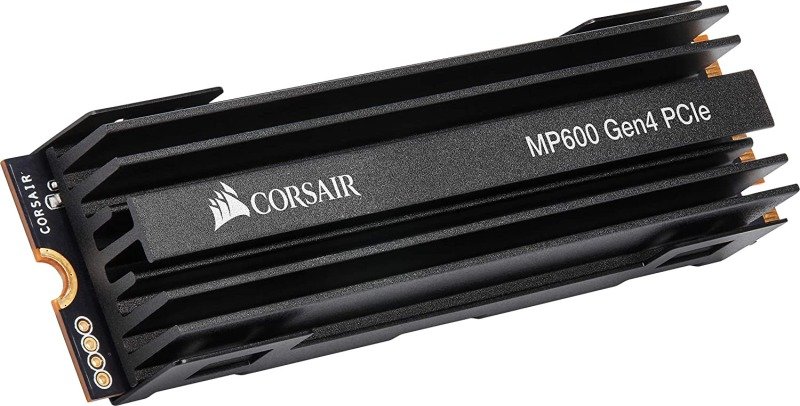 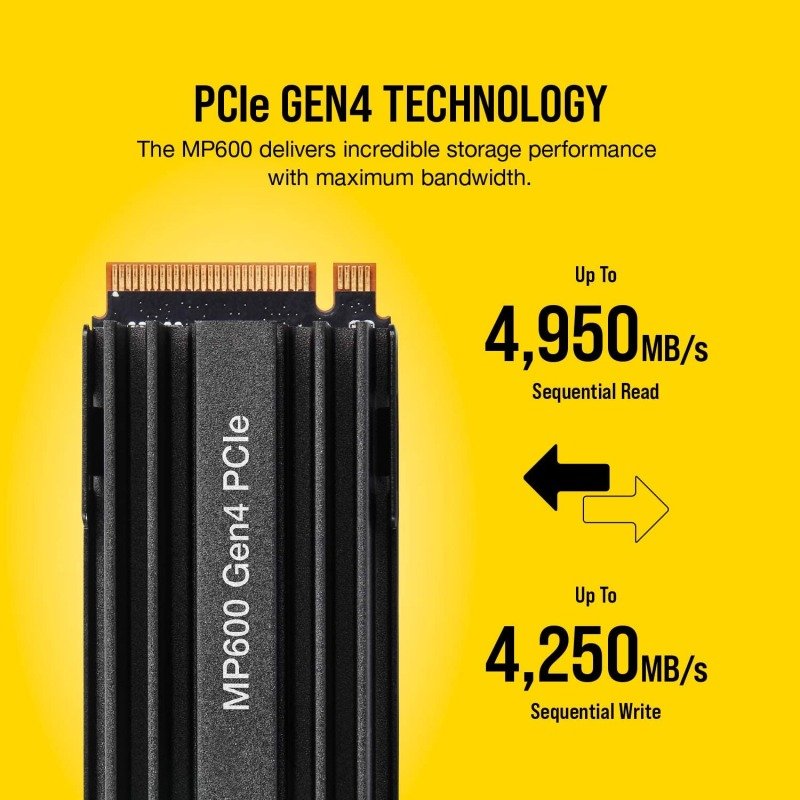 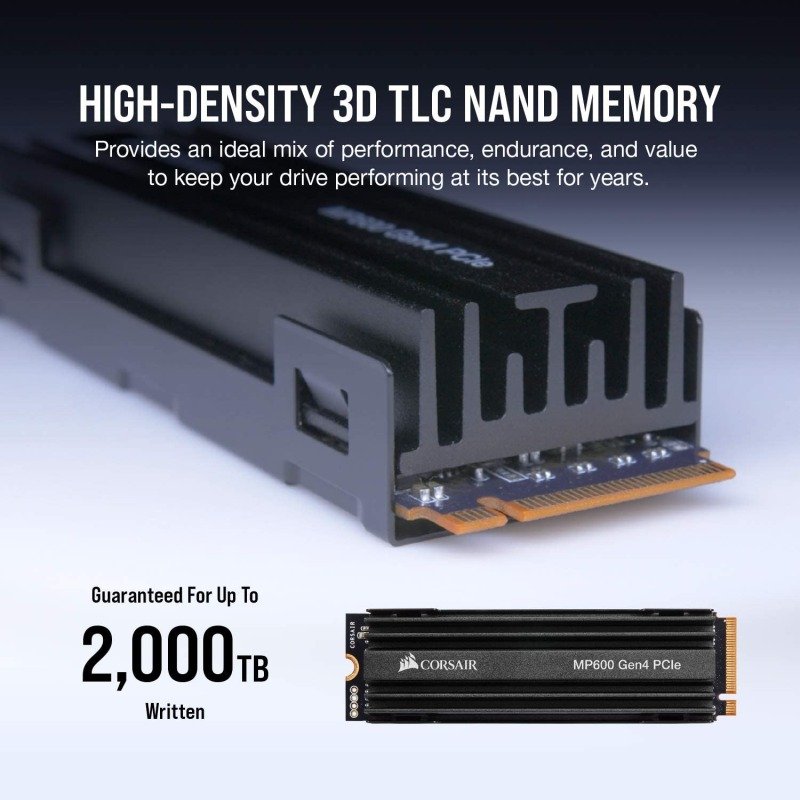 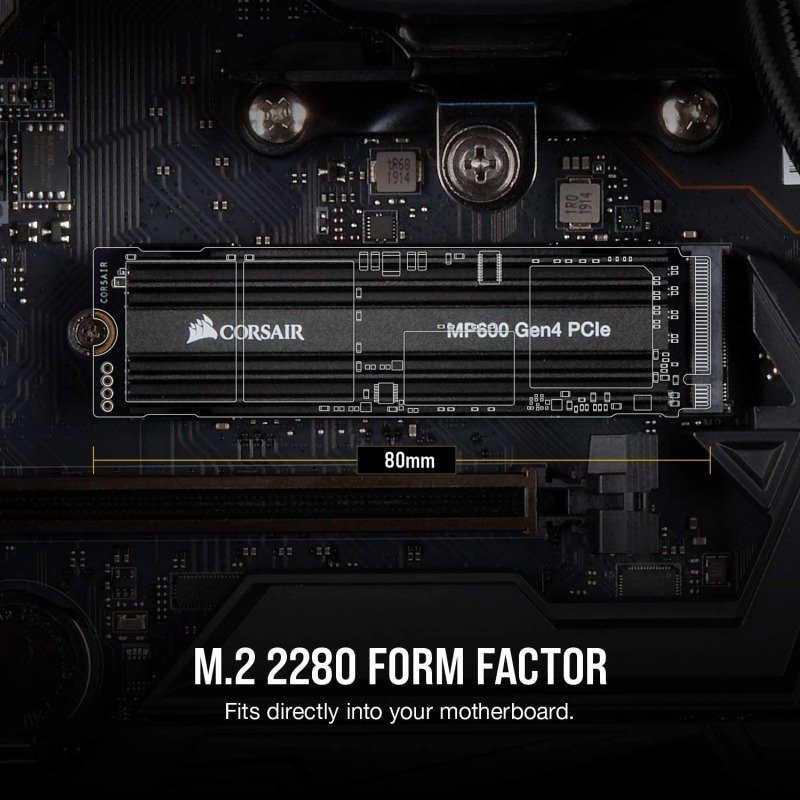 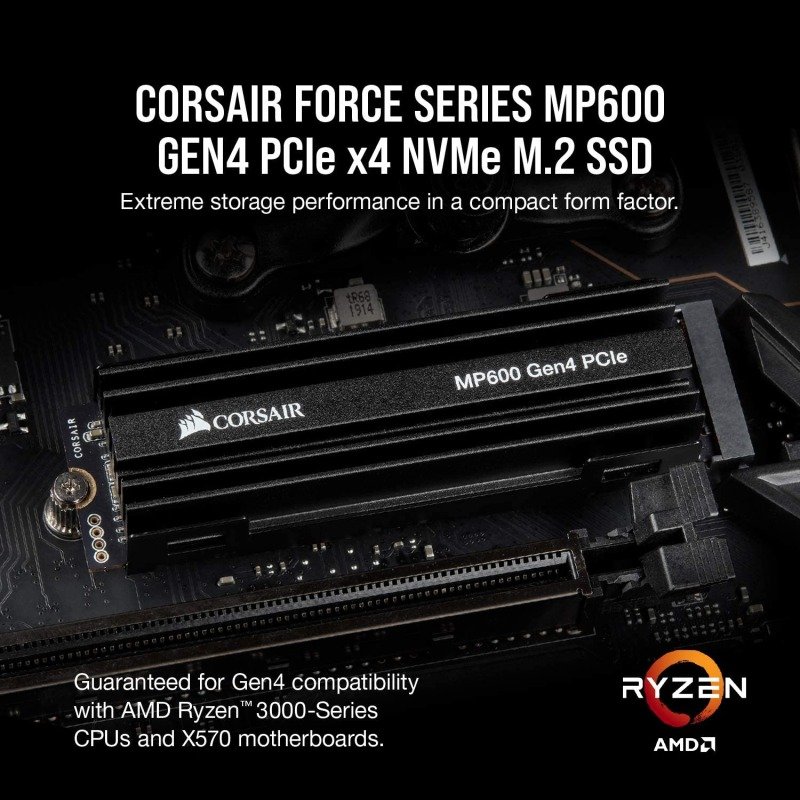 The CORSAIR Force MP600 Gen4 PCIe x4 NVMe M.2 SSD uses Gen4 PCIe technology with blazing fast sequential read speeds of up to 4,950MB/s and sequential write speeds of up to 4,250MB/s. High-density 3D TLC NAND flash memory provides an ideal mix of performance, endurance, and value, with longevity up to 1,800TB Written. Contained in an industry-standard M.2 2280 form factor and connecting using a high-speed NVMe PCIe Gen4 x4 M.2 interface, the MP600 is easy to install into a compatible motherboard and is backed by a five-year warranty. If you're looking for extreme storage performance, go with Gen4 for ultimate fast speed.

The MP600 is a Gen.4 PCIe x4 NVMe SSD that provides an unbelievable storage performance, delivering up to 10 times the sequential read and sequential write speeds of some SATA SSDs and up to 50 times the speed of some traditional HDDs on the market. The CORSAIR Force MP600 is also fully backwards compatible with current PCIe 3.0 platforms.

*Performance may vary based on system hardware and configuration.

3D TLC NAND provides an ideal mix of performance, endurance, and value to keep your drive performing at its best for years, with outstanding longevity up to 3,600TB Written.

KEEP IT COOL WITH THE HEATSINK

The CORSAIR Force MP600 solid state drive is equipped with a high surface area aluminium heatsink, helping to maintain its performance even under heavy load.

FITS DIRECTLY INTO YOUR MOTHERBOARD