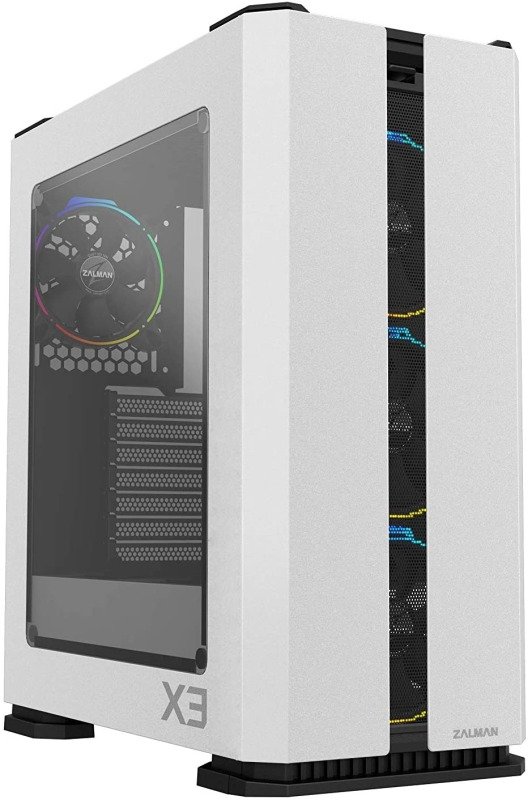 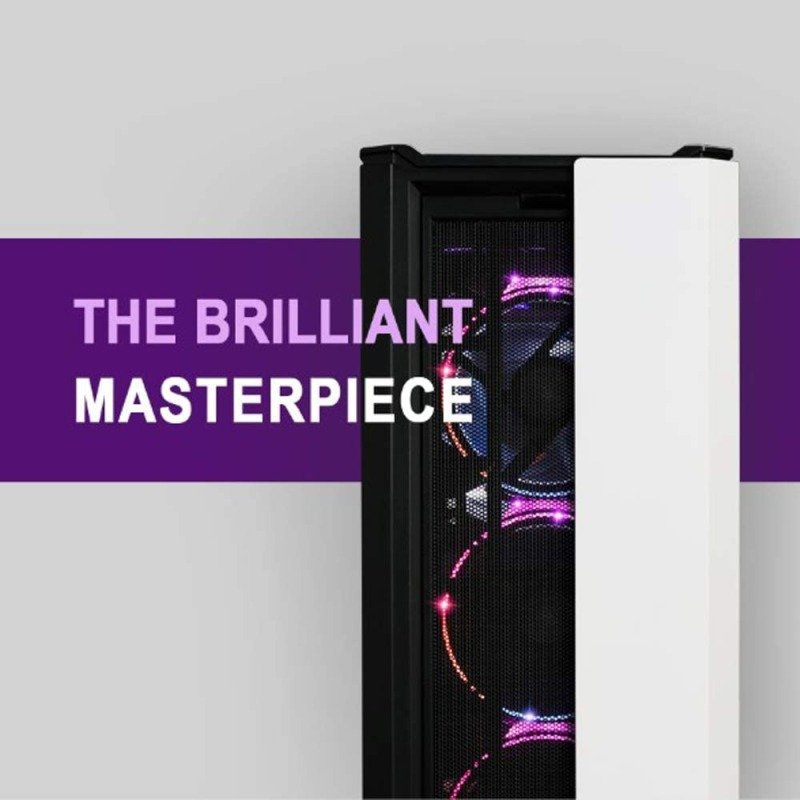 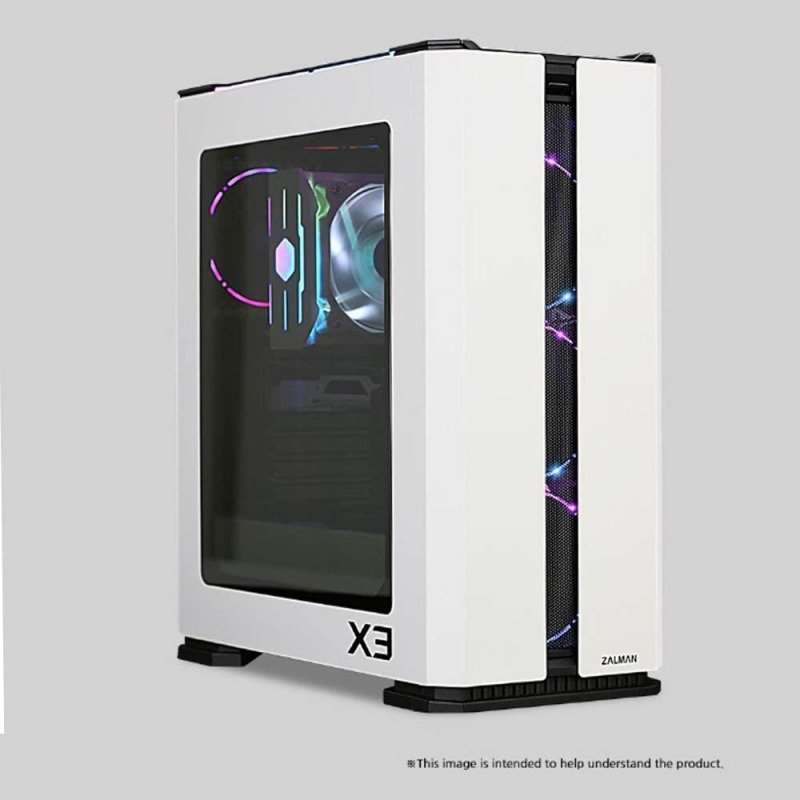 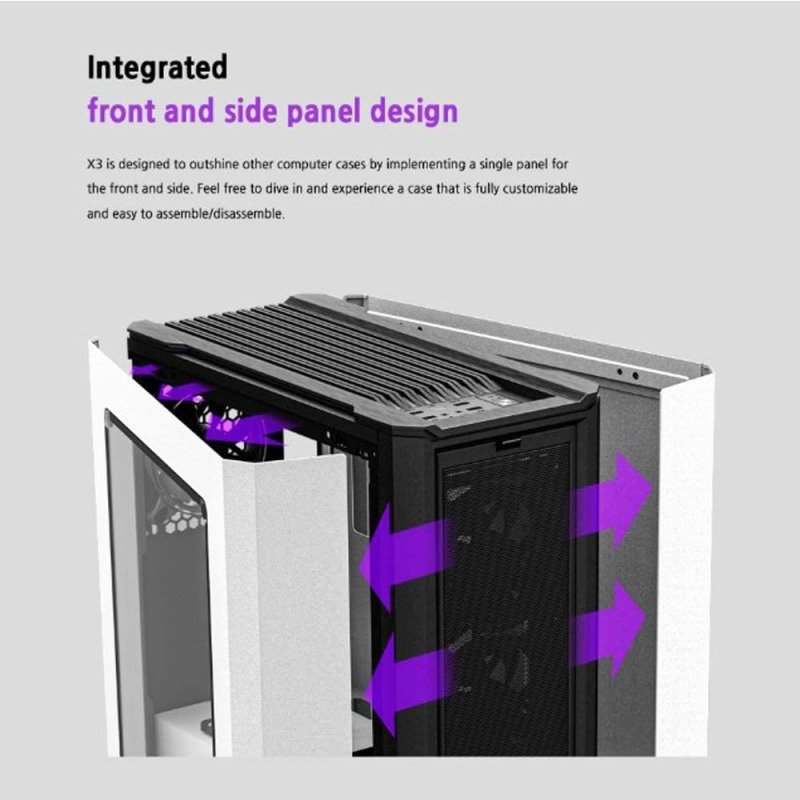 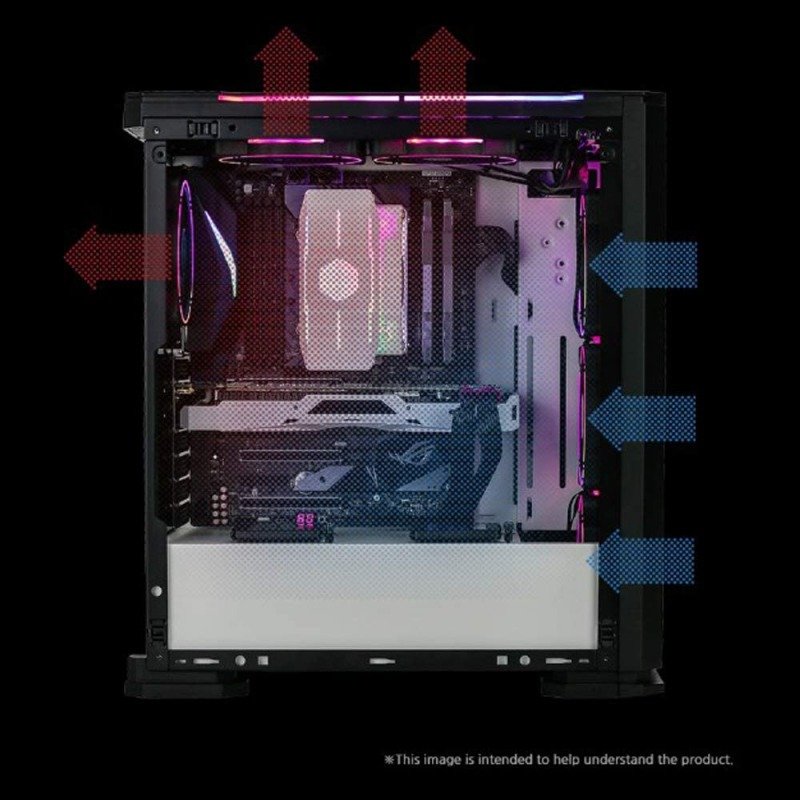 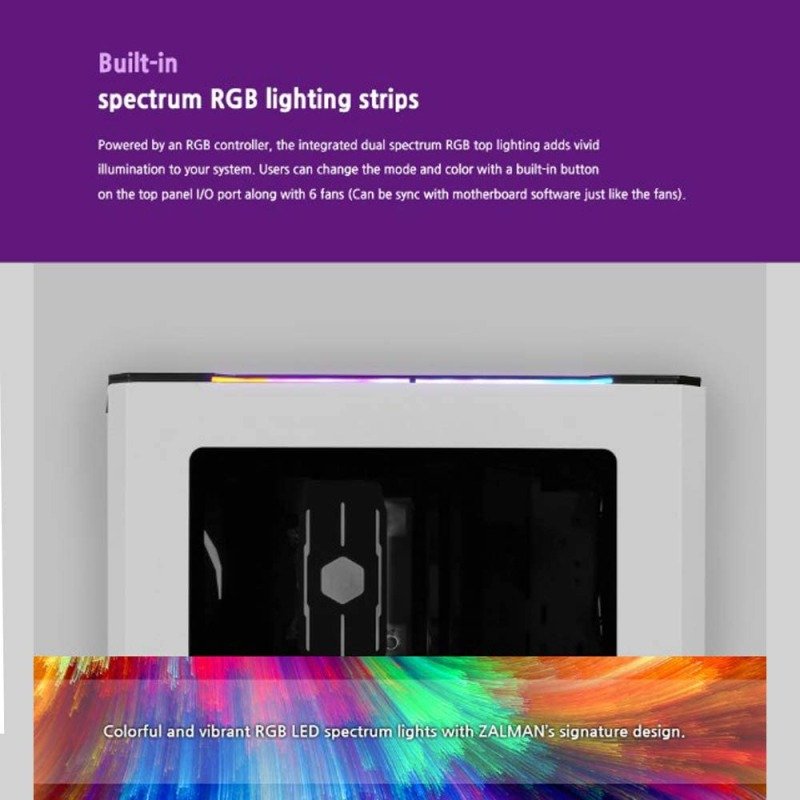 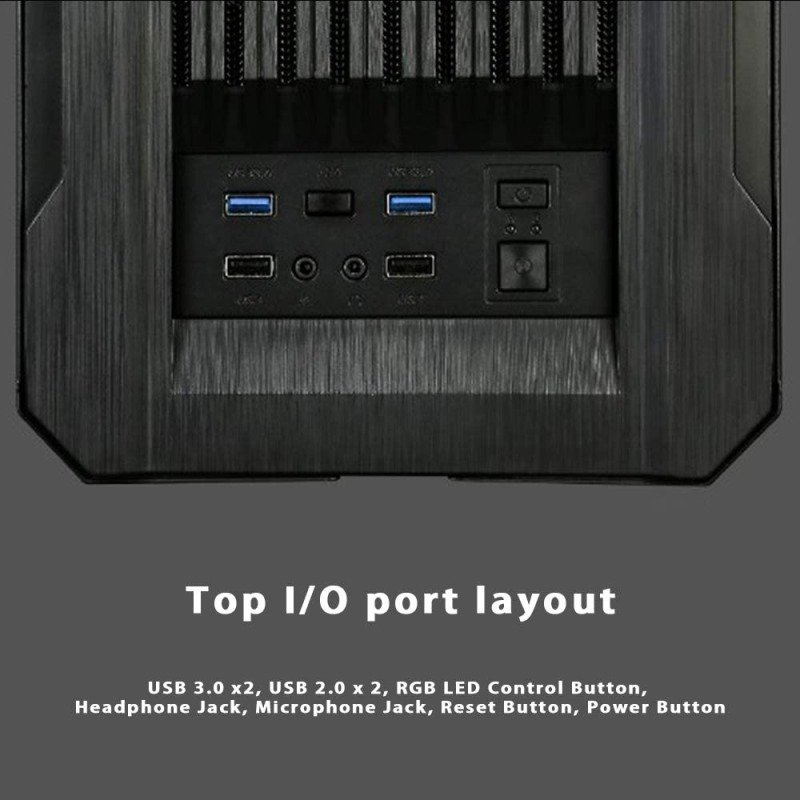 Zalman's X3 Mid-Towwer focuses on an appealing design with digitally addressable RGB lighting. The cooling properties of the case are not compromised as numerous fans and large CPU coolers are supported. The lighting of the four included case fans can be controlled using buttons on the front panel or through a compatible motherboard.

THE FEATURES OF THE ZALMAN X3 MID-TOWER AT A GLANCE:

THE ZALMAN X3 IN DETAIL:
The Zalman X3 is designed for air cooling due to its compact dimensions, but can also be equipped with full water cooling. Three 120mm fans with digitally addressable RGB lighting are pre-installed at the factory. Another fan of the same type is located in the rear of the chassis.

The integrated RGB controller enables the connection of up to six fans including a 3-pin RGB signal cable (5V) and the two RGB strips integrated in the cover. A dedicated button on the front panel allows you to control the lighting effects. Alternatively, the controller can be connected to the 3-pin header of a compatible mainboard in order to control the digitally addressable RGB accessories via software.

ZALMAN X3: A HOME FOR POWERFUL HARDWARE COMPONENTS
The white motherboard tray of the Zalman X3 can accommodate small mini-ITX, micro-ATX and regular ATX motherboards. Graphics cards can be up to 350mm long. A total of seven horizontal expansion slots are available. There is space for an ATX power supply with a maximum length of 180mm under the power supply cover. The Zalman X3 offers a factory installed drive cage for a 3.5-inch and a 3.5 / 2.5-inch drive and two 2.5-inch drive carriers that can fit on the power supply cover.

THE DESIGN OF THE ZALMAN X3
The wide ventilation slot in the front of the chassis is immediately noticeable. It gives the Zalman X3 a classy-looking appearance and enables the ARGB fans behind the mesh with their luminous rings to pull air into the case with ease. The left side panel is a large side window made of tempered glass.

This allows for a great view of the installed hardware and has been given a 20 percent tint. The case is completely black, with the motherboard tray and power supply cover in white setting a contrasting accent. The power supply and its connection cables are skillfully hidden by the cover.

EXTENSIVE VARIETY OF CONNECTIONS
The I / O panel of the Zalman X3 is equipped with two USB 3.0 and two USB 2.0 ports. In addition, there are two 3.5 mm jacks, one of which functions as a headphone output and the other as a microphone input. In addition to the power and reset buttons, there is also a button for controlling the RGB lighting.