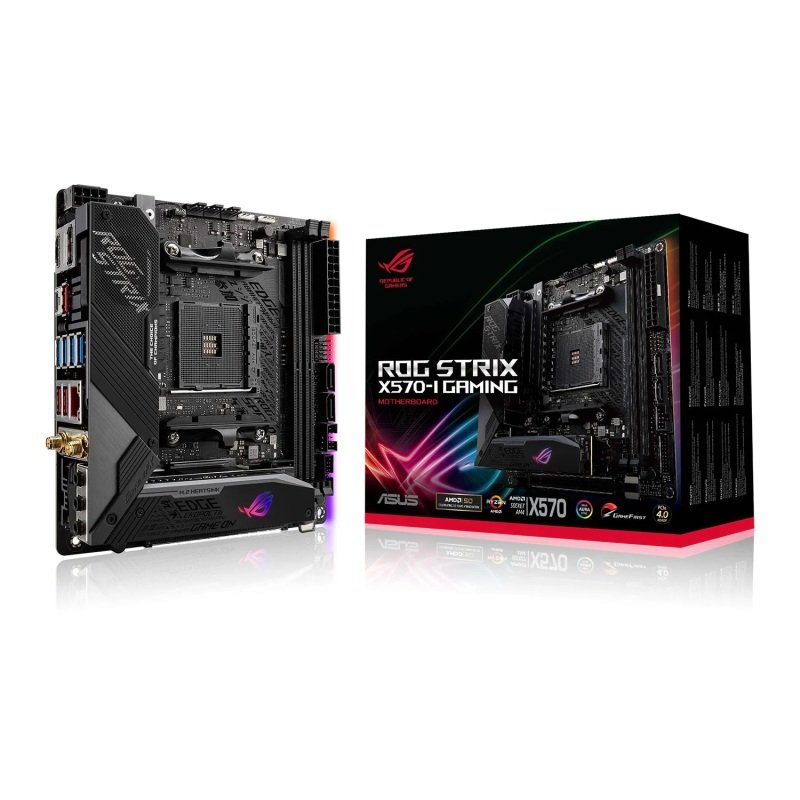 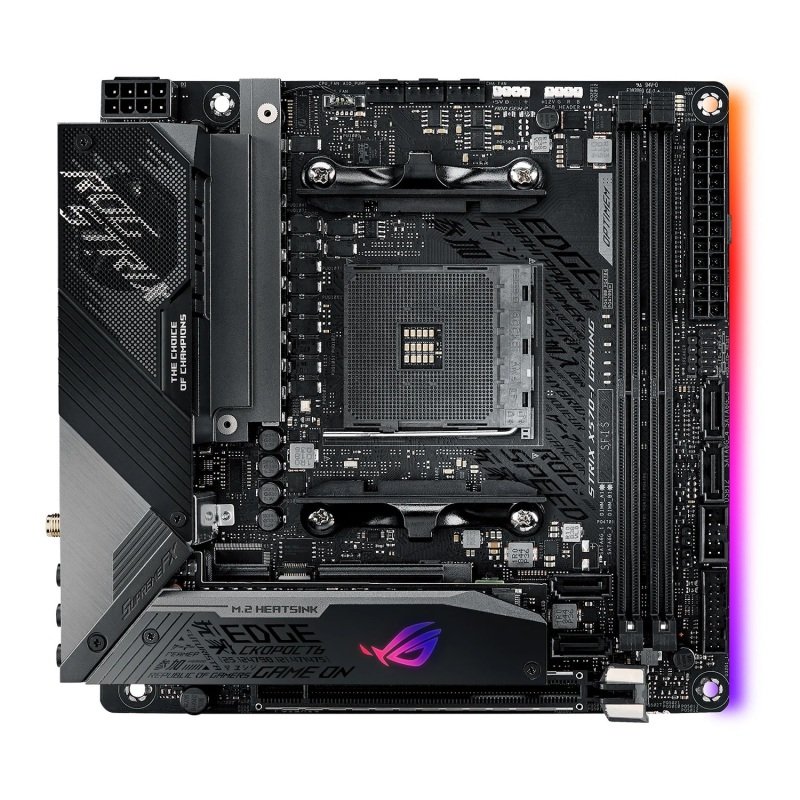 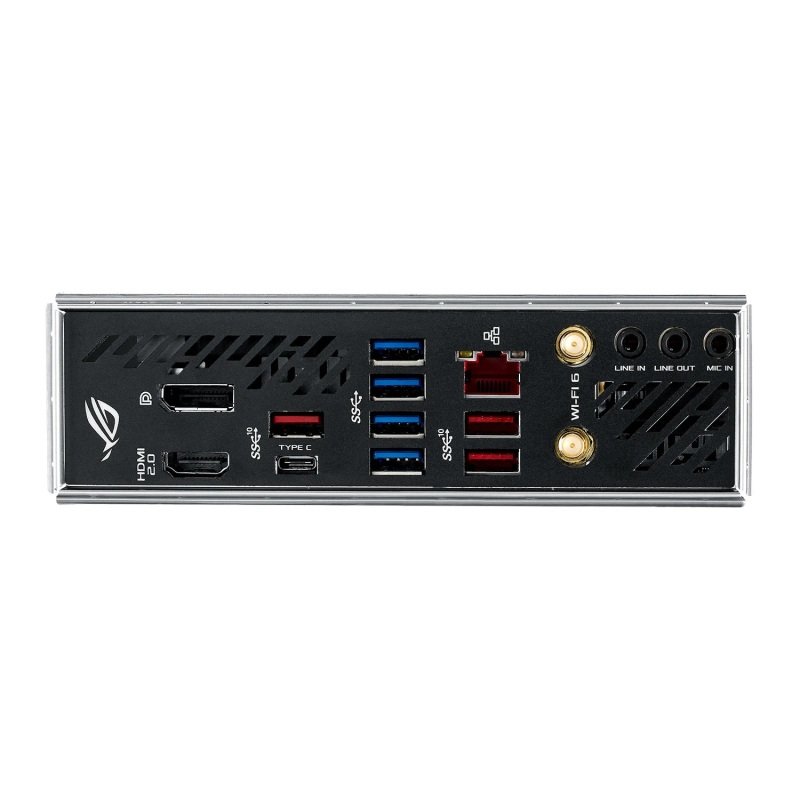 Strix X570-i Gaming series features the most comprehensive cooling options ever, configurable via Fan Xpert 4 or the UEFI BIOS. There is a dedicated PWM/DC fan header for CPU coolers and another for self-contained water-cooling setups. Every onboard header supports auto-detection of PWM or DC fans where as the M.2 heatsink keeps the M.2 SSD at the optimum operating temperature for consistent performance and reliability.

harness the full potential of components

Dual PCIe 4.0 M.2 slots support up to type 2280 and provide NVMe SSD RAID support for an incredible performance boost. Create a RAID configuration with up to two PCIe 4.0 storage devices to enjoy the fastest data-transfer speeds on the 3rd Gen AMD Ryzen platform. The second M2 slot is on the rear of the motherboard.

Immerse yourself in sound with SupremeFX audio technology. Utilizing the S1220A codec, SupremeFX is the integrated-audio solution that's engineered to provide a flat frequency response for a neutral, detailed sound signature. And to ensure that pristine signature is perfectly preserved, the front-panel output is driven with dual op amps, delivering sonics with the scale and authority to create virtual worlds via your gaming headset. Sonic Studio supports HRTF-based (head-related transfer function*) virtual surround for VR headsets, casting an immersive aural landscape that draws you deeper into the action. The intuitive Sonic Studio interface also offers a range of EQ options and one-click presets, allowing you to tailor acoustics to suit personal preferences or the characteristics of your headset 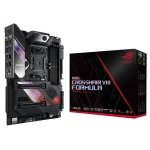 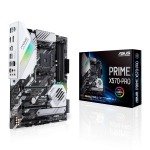