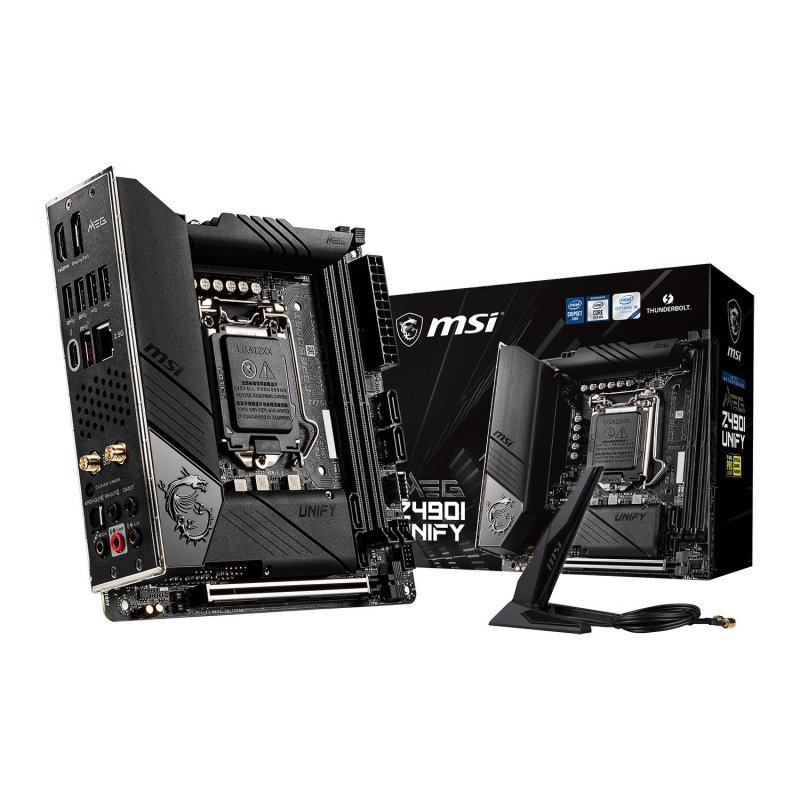 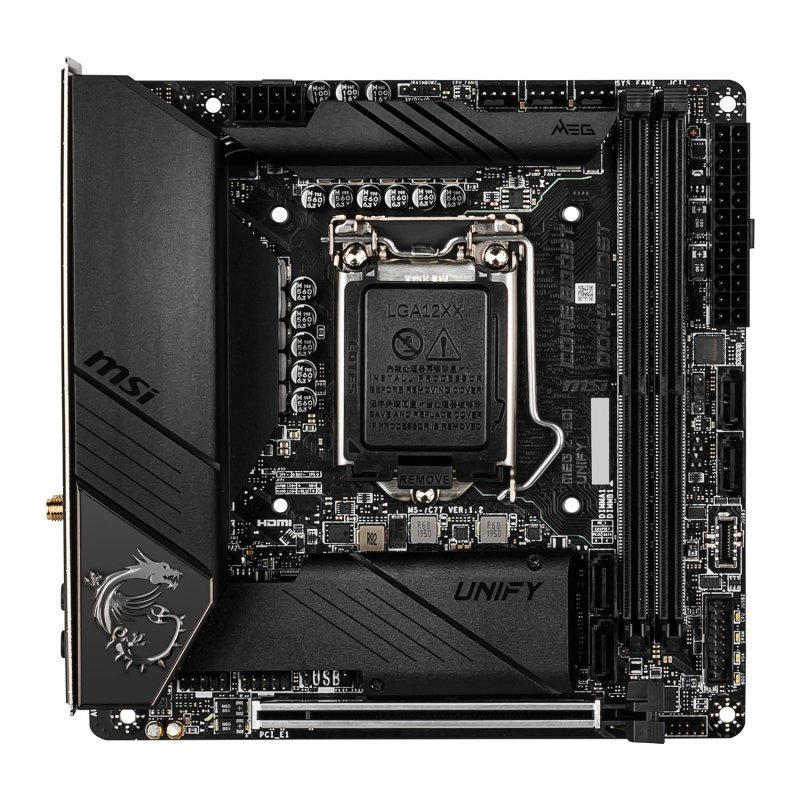 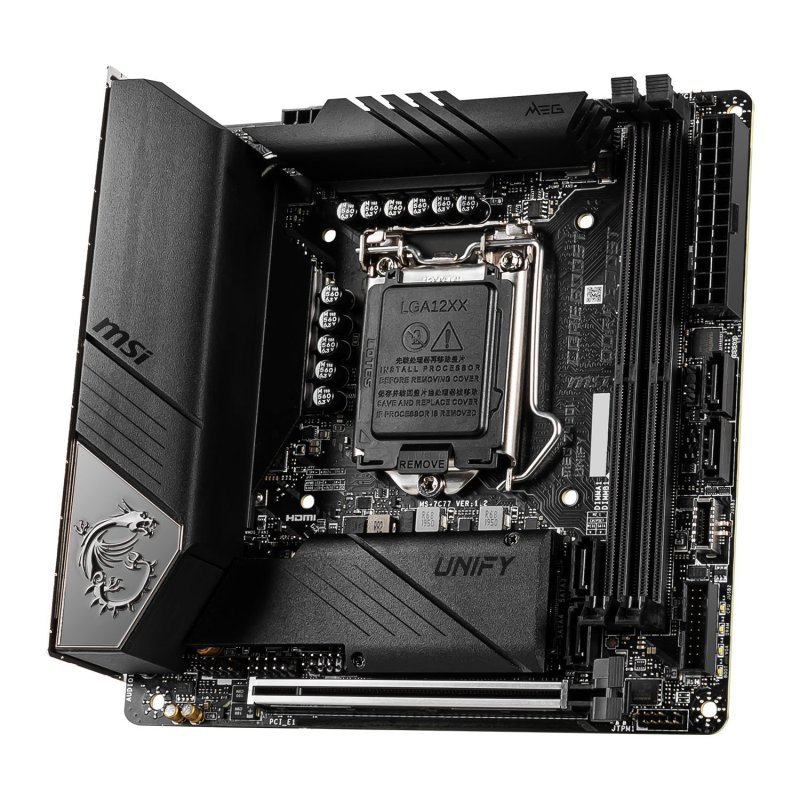 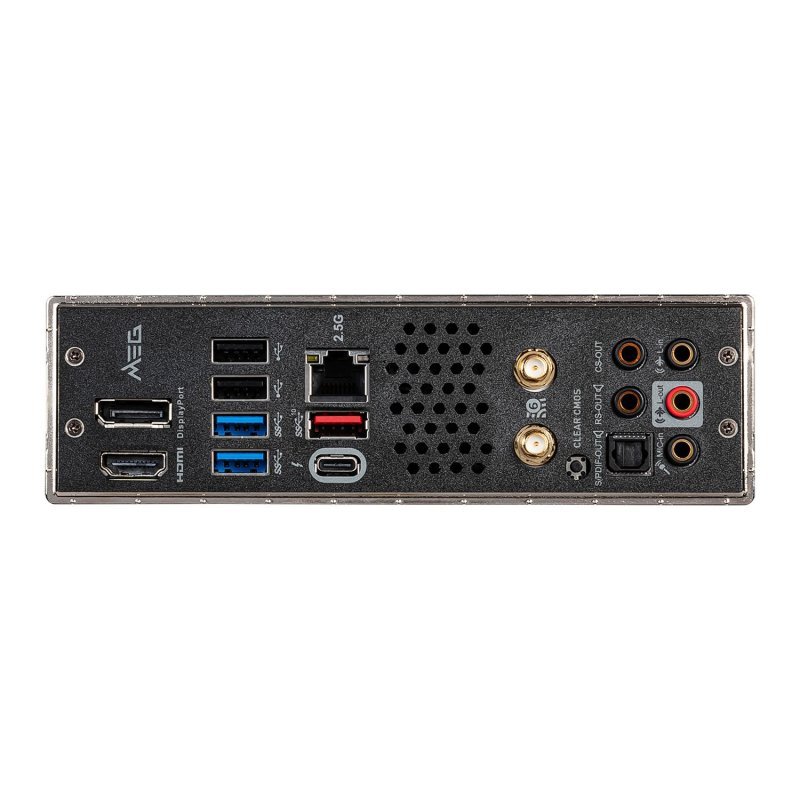 Massive Potential in a Small Form Factor Introducing the all new MEG Z490i Unify Motherboard from MSI. The MEG series seeks to transcend current gaming products, the flagship model designed to push the limits of what an extreme gaming series can be. Combining the strengths of our existing arsenal with new innovative technology; this results in significant improvements in operational and gaming efficiency. With the MEG series, take complete control of performance and personalization with the ultimate gaming series for enthusiasts who want it all.

Highest quality components with ISL digital power, 90A Smart Power Stage and titanium choke III make sure your system runs smoothly even under the most extreme conditions.

Protecting VGA cards against bending and EMI for better performance, stability and strength.

Exclusive to MEG class models, the active cooling solution is ready to release the maximum performance whilst maintaining high rates of heat dissipation.

The MSI MEG Z490i Unify features an all-metal extended heatsink cover, a VRM Heatpipe and an integrated Frozr Heatsink giving you that extreme performance with extreme low temperatures. Take your next generation CPU and push it to its limits with the MEG Z490i Unify.

Core Boost technology combines MSI's premium layout and full digital power design which allows for faster and undistorted current delivery to the CPU at pin-point precision. Not only supporting multi-core CPU, also creating the perfect conditions for your CPU. MSI Z490 motherboards are optimized to maximise the performance on the 10th Gen Intel ® Core™ processors. Choose MSI and unleash the full potential of your system through optimized PCB and power delivery design with load line calibration.

MSI motherboards are crammed with features to fuel your system's memory with more speed, higher overclockability and increased stability. The technical enhancements of DDR4 Boost allow for more stability at higher memory speeds compared to other brands. Enjoy the additional boost in operational performance or when working with large video and photography files. MSI conducts thorough memory testing with the most popular memory brands under extreme conditions to ensure your system runs stable no matter what.