Ebuyer's broad range of thermal pastes and compounds from trusted PC cooling brands - including StarTech - can help you get the most out of your system safely and effectively. 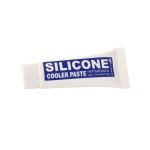 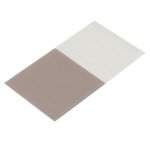 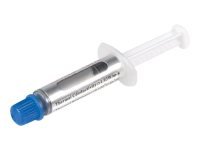 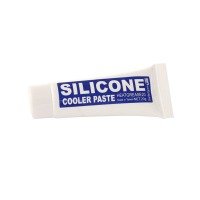 Do I need thermal paste?

Many computer users won't need to trouble themselves with a thermal interface material (TIM), otherwise referenced as thermal paste or thermal compound.

However, anyone who's got an interest in high-performance computer components, gaming-grade rigs, overclocking and building PCs from scratch will understand the importance of these highly conductive pastes.

What is thermal paste?

Mostly arriving in syringe-like tubes, thermal pastes are used to form a conductive bond in-between two components. There are microscopic scratches on the exposed surface of a component, and thermal paste plugs them for increased heat transfer. Otherwise air - a insulator of heat - would get trapped inside, resulting in poor heat transfer.

When building PCs from scratch, the most frequent use of thermal paste is for the processor and CPU cooler. When a system's running at full speed, a processor can emit a great deal of heat. A CPU cooler is needed to soak up all the waste heat over a large heat sink, to be carried away by a cooling fan.

Although this is a PC builder's main encounter with a thermal paste is with the CPU and CPU cooler, it has many use cases. If you're going all-in with water cooling and replacing your graphic card's stock air cooler with an aftermarket water block, you'll need to wipe away the factory-applied thermal paste and give it a fresh coating.

Ever noticed how your PC's performance seemingly deteriorates as time passes? This could be partly attributed to the thermal paste - its effectiveness doesn't last forever. After years' worth of exposure to heat, thermal pastes can go old, dried-up and crumbly, resulting in overheating. Replacing thermal paste from time-to-time ensures optimal heat transfer.

You also may want to upgrade any pre-applied thermal paste that's part of your system. Some air coolers - mostly those bundled-in with a processor - and all-in-one water coolers come with thermal paste already applied. While appreciated for reducing the steps of the PC building process, it may not be the best quality. Upgrading to a higher quality thermal paste can improve heat transfer and subsequently performance too, as detailed in our ultimate guide to PC cooling.

How much thermal paste do I need?

At Ebuyer, we stock a wide range of thermal pastes suitable for both business and personal use. Find your thermal compound using the filters on the left of the screen. Don't forget that with Ebuyer you always get fast delivery and low prices.