Whether you're building an entirely new PC or upgrading an existing one, Intel processors provide the performance boost you're looking for. Whatever your budget, there's an Intel Core processor for you. Choose from more budget-orientated chips perfect for day-to-day tasks and entry-level gaming, like the Intel Core i5 and i3. All the way up to super-fast Intel Core i7 and i9 CPUs which deliver exceptionally fast performance gamers and power users demand. 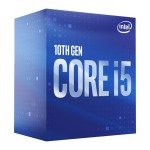 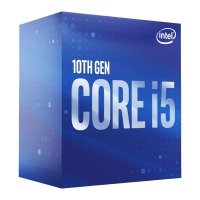 Despite fierce competition quickly closing in on Intel's long-standing reign, Intel processors certainly aren't slow and remain a compelling option. The processor, or more commonly referenced as 'CPU' (central processing unit), is effectively the 'brain' of a computer. It handles incoming instructions. The faster the brain, the quicker it can process information and carry out complex tasks smoothly.

You'll find Intel CPUs everywhere - from power-sipping laptops to the highest-end gaming PCs. Intel CPUs remain an intriguing option given the sheer breadth of their Intel Core line-up. There's practically an Intel processor for anyone. Installing or upgrading to a latest generation Intel CPU is a sure-fire method to drastically improve performance of your computer.

How do I choose an Intel processor?

The Intel Core series is split-up into multiple categories - i3, i5, i7 and i9. The increase in number reflects overall greater performance and functionality. This typically manifests itself as not only high core clocks, but higher core counts too. An Intel Core i7 is better than an i5 for instance, going up to 8-cores from 6-cores. An entry-level PC built for basic tasks like web browsing and word processing would be well-suited by and Intel Core i3 processor. As you rise up the stack, gamers, content creators and power users will demand the higher performing Intel Core i7 and i9 CPUs.

What is the best Intel processor for gaming?

For gaming, you can't go wrong with the Intel Core i7 processor. For the longest time, it represented hightest tier of performance from Intel, until the beastly Intel Core i9 was unveiled. While the i9 may be technically faster, the i7 CPU is frequently cited as the best gaming CPU. With up to 8-cores and 16-threads with hyper-threading (dividing up one physical core into two virtual cores) and shockingly fast turbo boosts for increased performance, an i7 is plenty powerful for the latest and upcoming releases.

What is the fastest Intel processor?

The Intel Core i9 processor is Intel's flagship product, confidently showcasing their technical talents. It's by far their most advanced processor and can effortlessly handle any application, no matter how complex. Multi-tasking is seamless, even for performance intensive workloads. If you're a designer, engineer or power user, you'll want a i9 CPU powering your PC.

Which is the best Intel Processor?