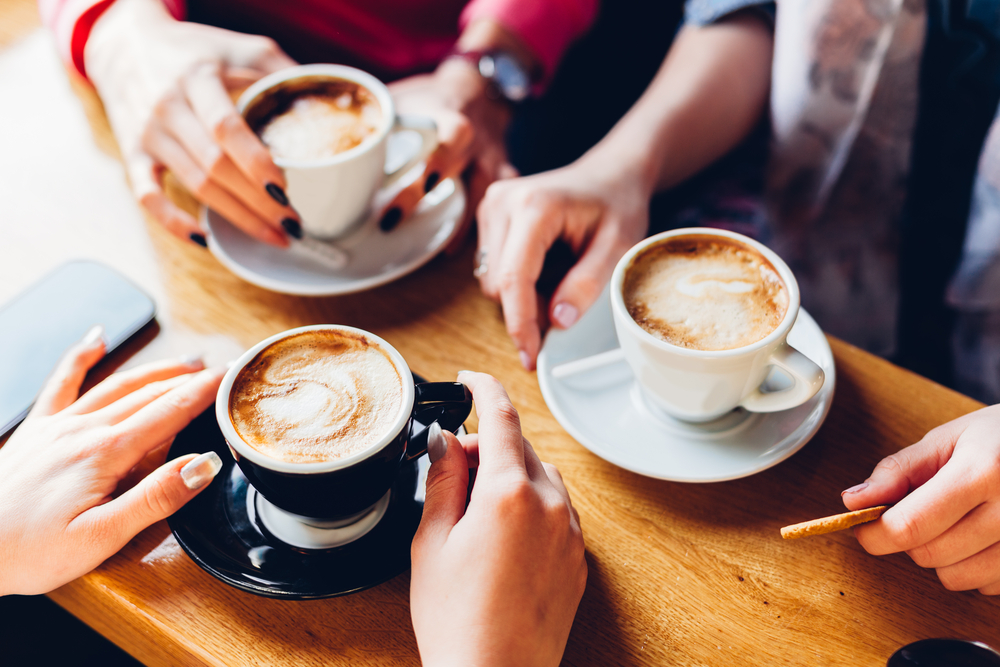 There has been lots of research done in to coffee. One day we’re told we’re all going to die from drinking too much of it, the next, we’re told it will make us live forever. OK, that’s an exaggeration, but you know what we’re saying. Anyway, here are some weird things about coffee you can use to make yourself sound interesting at parties…

Coffee is really a fruit

Coffee actually comes from a bush that grows cherries. Once the cherries are picked, processed and dried, two or three seeds are extracted. These seeds are what you’d recognise as coffee beans. It sounds like we’ve made that up, but we haven’t.

This is one we wish we were making up! In Thailand, they feed elephants raw coffee beans. Once they are digested and come out of the other end, the poo is collected and processed as coffee. Apparently is has an ‘earthy’ taste. This coffee is the most expensive coffee in the world. Let’s hope the bottom doesn’t fall out of their market. 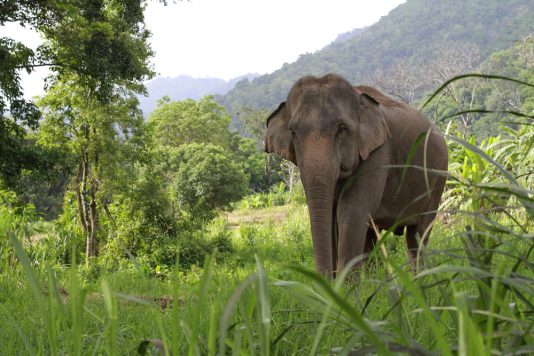 A elephant just about to make a brew (Shutterstock.com)

No wonder Beethoven couldn’t sleep and kept rolling over – the lad drank far too much coffee – and he insisted that every cup used exactly 60 coffee beans. No more, no less. The famous composer was very picky when it came to his favourite drink. They must have dreaded it when they saw him walking in to Costa.

The taste of Brazil

In 1932 the Brazilian government refused to fund their Olympic teams, so alternative arrangements were made to get them to Los Angeles for the big sporting spectacle of the day. The athletes were stuck on a ship with 50,000 sacks of coffee and sold the beans at different ports they stopped at along the way.

In 1991, researchers at Cambridge University set up a camera aimed at the coffee machine so that staff around the building could see if there was coffee available. It was to save the employees walking all the way to the canteen only to be disappointed when there was no coffee ready. Two years later, they put it live on to the internet and it became a sensation with people watching it all around the world. The camera was finally turned off in 2001.

According to research by Wildpedia, 2.25 billion cups of coffee are consumed every day. And that’s just at Ebuyer.com head office. (There’s a lot of pressure on us!).

The movie for coffee lovers

The most iconic coffee moment in movie history is said to be the opening scene in the Oscar-winning Breakfast at Tiffany’s starring Audrey Hepburn. The movie begins with the beautiful Hepburn wistfully gazing at jewels through the window of Tiffany’s whilst having a coffee. 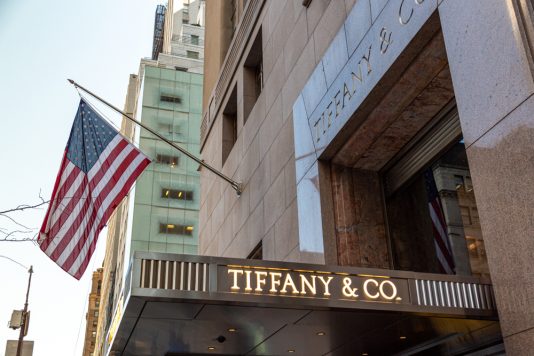 Regular coffee is very low fat, at 0.6%. A standard espresso contains 2.5% fat. It’s what you stick in it that adds all the calories, such as syrups, creams and all the other fancy extras.

An Ethiopian herder called Kaldi was said to have seen his goats go crazy after they ate ‘cherries’ from a bush. The story goes that he picked a load of them and then went to see his pal, who happened to be a monk. His pal thought it was a load of old cobblers so threw the beans on to the fire.

The aroma they gave off was intoxicating, so they quickly raked the beans out, mashed them up and stuck them in some hot water. Hey presto – coffee was born! Yeah, this does sound like it’s been made up by a coffee company to increase sales. 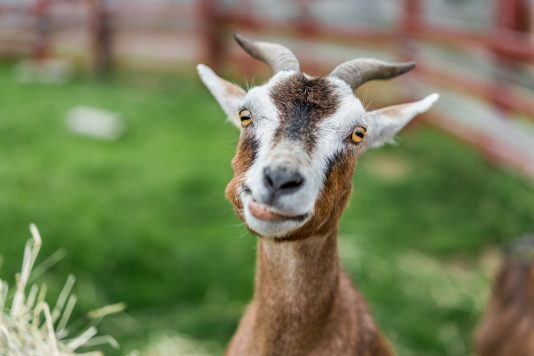 A goat after two coffees… (Shutterstock.com)