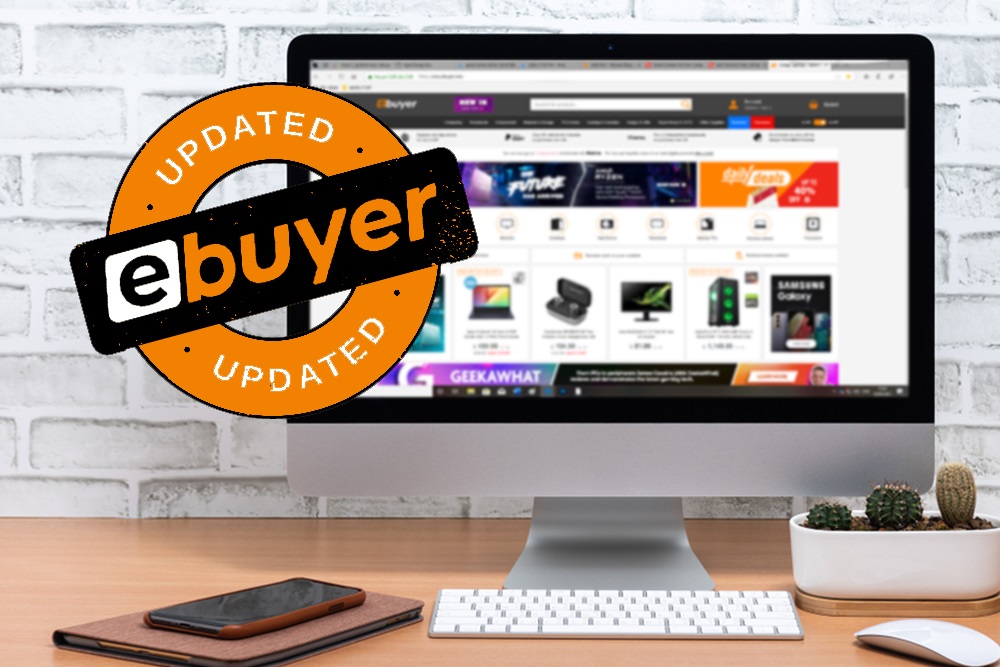 When it comes to purchasing a new PC, there’s a valid alternative to the tower-based desktop you’ll find in the majority of homes and offices. An all-in-one PC brings a whole host of benefits simply not possible with a tower. Although it’s never quite a case of ‘desktops vs all-in-ones’ when considering the merits of both, we’re going to look into why all-in-ones could prove a wiser choice for you…

What is an All-In-One?

All-in-ones are essentially desktop PCs – and visually they are quite similar to your normal desktop setup, except without that chunky tower case full of components. The internal workings of an all-in-one are built into the back of the monitor, negating the need for a separate device hooked up to a monitor.

As with tower PCs, all the major computer manufacturers are active in the all-in-one market, and the larger your budget, the more power and additional features you’ll get.

The advantages of an All-In-One

One major plus point can be drawn purely from standing an all-in-one next to a tower PC: Space. Given an all-in-one comes as a pre-built package, the space required to house one is obviously much less. Tower PCs can be quite bulky and a little ungainly. Often with large, impressive screens and a slick design, all-in-ones are a much more attractive proposition for the home or office environment.

Given all-in-ones are built with everything you need straight out of the box, their superior ease in set-up and general day-to-day use is also a huge draw. Finding all the right specifications and peripherals for a desktop PC can be a time consuming process. With an all-in-one all the systems features are built in from the off. This is particularly advantageous in the display, which can come with a built-in camera for video calls, and a touchscreen.

Similarly, TV yuners are also a common feature in all-in-one PCs, lending them to be suitable as a replacement for the TV in your bedroom, if you have one. With Blu-ray players and HDMI output also widely available (allowing you to hook up to a games console) in mid-to-high end systems, the potential for your all-in-one to become something of a focal point for your entertainment needs is clear. And, again, these features are unleashed as soon as you plug the system in, keeping cumbersome wires, power units and numerous external devices to a minimum.

Shop for all-in-ones at Ebuyer

The disadvantages of an All-In-One

It’s only right to aim for balance, here. Before you tear down to the shops to pick up a new all-in-one, there are a couple of significant drawbacks you should be aware of, central to which are components. The great strengths of being slim, space efficient and having a user-friendly design also leads to the greatest failing of all-in-ones.

The ‘trade off’ for having a smaller system is that it contains less powerful components. In fact, all-ine-ones are often powered by laptop versions of the listed CPU and graphics card. These tend to pump out considerably less power. As a consequence, this may leave anyone with even a mildly serious interest in gaming at a bit of a loss.

To add a touch of insult to that initial injury, replacing those parts with better versions is a pipe dream for many all-in-one users. Given the device’s restrictions on space, users aren’t able to upgrade the internal components, aside from perhaps the RAM.

In terms of value, then, all-in-ones align themselves more favourably with laptops. When you line up the specifications of a tower-PC and an all-in-one at the same price point, the desktop will no doubt contain far superior components. Sub in a similarly priced laptop and the gap is likely to narrow. Obviously, though, the laptop’s superior portability shines through.

The trade-offs required for all-in-ones do lean them quite heavily towards certain types of users. Given the large screens that AIOs typically come bundled in, they are often favoured by those who intend to use the system for video editing or graphic design. Most AIOs will tend to range between 21” and 27” in screen size, with a Full HD display increasingly being standard.

Of particular interest to designers is Apple’s version of the all-in-one, the iMac. Harnessing Apple’s designer-friendly software, video and graphic designers will often swear by the advantages of an Apple AIO for their purposes.

An all-in-one’s potential as an entertainment core can also lend itself well to those who use their computer for a large amount of content viewing. If you’ve got no particular interest in a PC strapped full of powerful components, and you just want a PC with a great screen for streaming, playing DVDs or Blu-rays and using the inbuilt TV tuner, an all-in-one is a genuine alternative. Given the superior design, an all-in-one can slip seamlessly into the set-up of your office or bedroom, without becoming an ungainly lump loitering in the corner of the room.

Browse Ebuyer for computers, including all-in-ones and tower PCs

A point which also makes the all-in-one a great option in the office environment. As previously mentioned, creative workers often prefer the use of Apple’s own all-in-one for the advantages the company’s software brings to design work and the unit convenience. In general, however, the sleek design of an all-in-one can aid in the organisation of an uncluttered office. If space is a genuine concern in your cramped workplace, consider replacing your hulking great tower PCs with all-in-ones.

If you fit one of the criteria above, then considering the wide range of all-in-ones on the market today is a viable and sensible option for you. Without specifically aligning yourself with these needs, however, a standard tower-based desktop is always the most sensible recommendation.

Greater power in the internal components allows considerably greater levels of gaming sophistication. Indeed, if you’ve got anything more than a casual interest in PC gaming, an all-in-one is a bit of a tricky sell. You should go for an AlphaSync desktop or similar. The greater capacity of inbuilt storage allows you to run more demanding software, as well as holding considerably more data such as movies and music. All of which of course, comes with superior value for money.

Our conclusion about all-in-ones

Even when your PC starts to feel a little bit ropey, opening it up and swapping in some new parts can keep an original PC purchase running well beyond an all-in-one’s sell-by date. Like life in general, time can very quickly sneak up on your all-in-one! When you require a new one the entire system will need to be replaced.

We’ve been pretty balanced and, as ever, honest in this article. If you’re still convinced an all-in-one is for you, then a single piece of advice runs central to making a purchase. That advice is: Maximise your budget.

Shop for all-in-ones at Ebuyer

With the advances in capability of PC components happening at breakneck speeds, and so narrow is the scope you’ll have to upgrade your PC’s internals, it may not be too long before your new all-in-one is considered out of date. You can minimise this effect by investing in the best set of components your budget will allow. You may not need the extra level of CPU right now – but pretty soon you probably will.

Whichever choice is right for you, have a browse at Ebuyer for a great selection of all-in-one PCs and tower desktops.