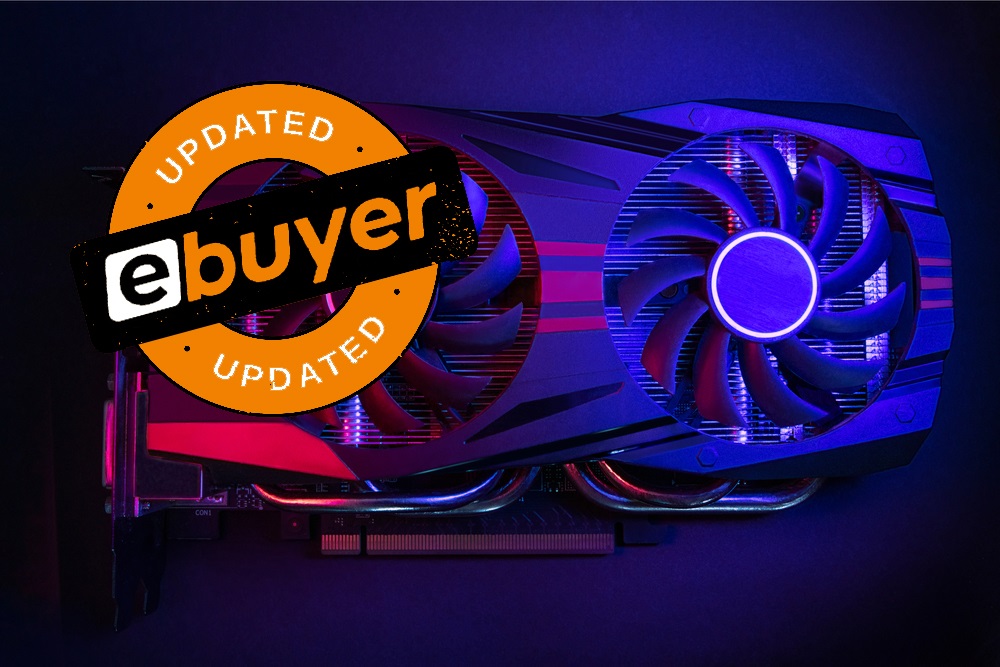 This article was updated in May 2021.

What is a graphics card? It’s the piece of computer hardware which produces the image you see on your monitor. The Graphics Card is responsible for rendering an image to your monitor, and it does this by converting data into a signal your monitor can understand. The better your graphics card the better and smoother an image can be produced. This is naturally very important for gamers and video editors.

Integrated: Graphics built into the motherboard where no add-in card is used. You’ll find these built into most ‘standard’ laptops and desktop PCs. They’re a cost-effective model but because they are ‘fixed’ they cannot be easily upgraded.

Discrete: An add-in graphics card that is installed on to the motherboard as an extra component. This type is ideal for those wanting to modify their system by upgrading the graphics card at a later date.

Most people using a modern computer for standard tasks like surfing the internet, creating documents or watching movies will be fine using the integrated graphics. For users branching out into gaming or video editing, a discrete graphics card is usually needed to speed up the image processing time. Without this, the user may find their game lagging or jittering at crucial points.

GPU stands for Graphics Processing Unit. It’s the ‘brain’ of the graphics card and it’s what creates the visuals you see on the screen. How powerful a GPU is will vary on the model you select. In effect, the GPU works as a translator. It takes data coming from the CPU (Central Processing Unit) and transforms it into imagery. More complex visuals, like you would find in high-definition games, require more complex and quicker GPUs to accommodate the stream of data.

You can expand your PC by adding additional cards internally. Over the years graphics expansion slots have changed significantly from PCI (Peripheral Component Interconnect), AGP (Accelerated Graphics Port) to the PCI-e (Gen1/2/3) (PCI-express) which offer the best bandwidth.

CrossfireX, also known as Crossfire, was developed by AMD. SLI (Scalable Link Interface) was developed by NVIDIA for the purpose of linking multiple cards in a single system. SLI works by increasing the available processing power for graphics usage. Users will need a motherboard ready for SLI or Crossfire to be able to use these technologies.

Modern games provide incredible realism and stunning visuals. To get an almost perfect image, your PC must be able to deliver these details at an acceptable frame rate (this is the number of times a game can update / refresh the image you see). You’ll see this figure expressed as frames per second (or FPS). If your graphics card’s frame rate is too low, the fluid motion you’d expect from your game turns into a slow jerky crawl no better than your PC from 1998. For a user to get the very best experience their graphics card needs to be up to scratch.

Graphics cards are not just useful for gamers. Discrete graphics cards can also significantly improve quality of experience for users of photo and video editing programs as they will improve the speed in which images can be rendered.

There are two main manufacturers of discrete graphics cards: AMD and NVIDIA. Some users have allegiances to a particular brand but each will do the same job. AMD also produce some integrated graphics options, as well as the current market leader Intel.

Memory is important on a graphics card as it allows users to play games at higher resolutions. Ideal for those using games which contain very large texture packs. A minimum of 1GB memory is recommended for gamers, but this needs to be balanced out with other aspects of the card and the resolution you play a game at.

Graphics cards can support multiple monitors. However the number is determined by the GPU and the number of outputs available. Check the specs of each individual graphics card to find out how many monitors it could support.

Graphics cards can be connected to a monitor via a number of output options. You’ll need to go for a video card that matches a port on your monitor. Many video cards will have at least two or three ports, with some available which can support more.

DVI (Digital Visual Interface): DVI-I (carries analogue and digital signals) and DVI-D (Carries Digital signals only). DVI tends to be found on most flat panel monitors, so it’s a useful link between card and screen.

HDMI: This is one of the most frequently used connections due to its speed and versatility. HDMI will carry both video and audio signal.

DisplayPort: This type of connection is becoming much more popular, and can be been seen in the new generation of monitors. It carries video and audio plus other forms of data.

As with many components, the aesthetics (the style and design) of a graphics card can be important to users – particularly gamers. And, if you happen to be short of room in your PC, there are slimline options available, as well as the usual full-sized components.

Low Profile: Half height graphics cards slimmer than the ATX style, and which will accept a smaller bracket often used in HTPC.

Now you know what a graphics card is and what it does. But if you want to read around the subject in even more depth there are other articles available here at the Ebuyer blog and Knowledge Hub. Why not browse Ebuyer’s range of graphics cards and other PC components. There are many available, and all at Ebuyer’s traditional great value prices.