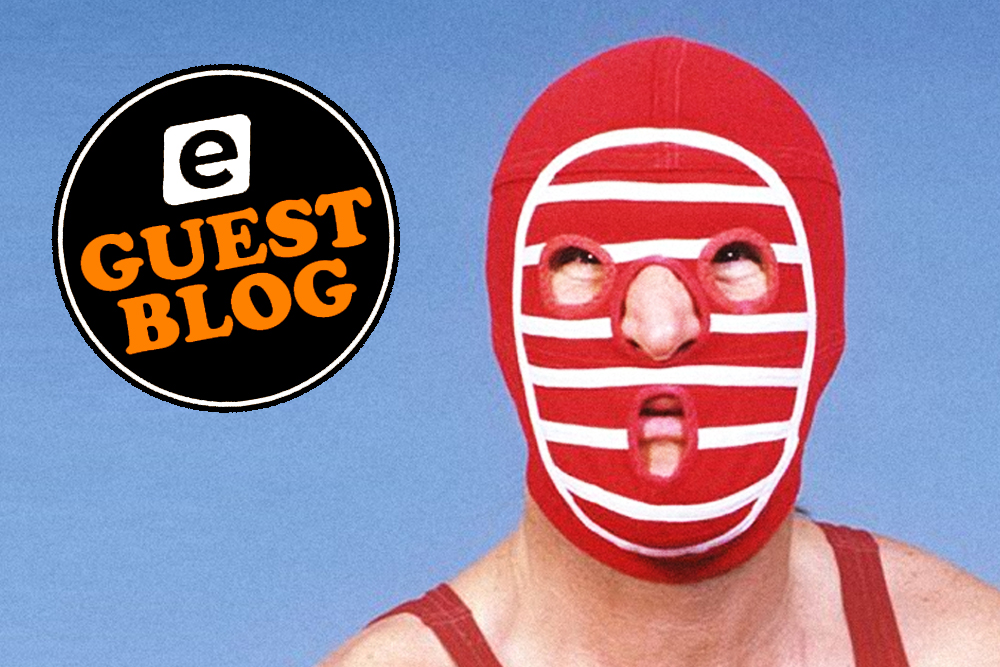 Back in the 1970’s and 80’s, one of the world’s most famous wrestlers was a mysterious Samurai Warrior called Kendo Nagasaki. He was so mysterious that no one knew who he was, and he never spoke a word. His manager did all the talking, and we only ever saw Kendo in his Japanese mask. He regularly had ten and eleven million people watching his bouts on TV and the BBC even did a documentary about him. Who was this mysterious Japanese warrior? His name was Peter Thornley and he was from Crewe!

These days, Kendo is long into retirement but recently launched his autobiography called ‘Kendo Nagasaki and The Man Behind The Mask’. We spoke to Kendo and asked him a few questions about his career – and the tech he uses to write.

So, how was your career?

It was incredible. I was on TV most weeks, travelled the world, remained unbeaten and managed to remain completely anonymous, so got to enjoy some privacy too!

And managed to keep quiet!

Yes, I had a manager – Gorgeous George – who did all the talking for me, whether that was interviews, contract negotiation or public appearances.

Who were your toughest opponents?

There was Big Daddy, Giant Haystacks, and the brilliant Count Bartelli.

Did you always want to be a wrestler?

No, I was a bit of a judo expert and due to go to the Olympics, but then I had an accident and lost part of my finger, so I had to change career, and luckily I knew someone in the world of wrestling who ‘showed me the ropes’.

You’ve got your autobiography out at the moment – and you wrote it yourself, it wasn’t done by a ghostwriter. So what tech did (and do) you use?

I wrote it with Roz McDonald, but that’s right – no ghostwriter was involved. After retiring from wrestling, I became the manager of a couple of bands, and had a recording studio, so I’ve always been around tech.

For writing I use an Acer Nitro 5 AN515-45 AMD Ryzen 7, which is so easy to use. It has a fantastic keyboard, and is ultra-fast for doing other things. It’s essentially a ‘gaming’ laptop, but it’s perfect for doing ‘work-related’ tasks and for entertainment. It’s just the job. The autobiography was around 200,000 words when edited down, so there was a lot of work in it!

So when you wrote it, did you go back through the whole lot to edit etc? What was the process?

I did it in chapters and printed each one out as I / we went along. So it helps to have a good, reliable printer handy – especially if you’re doing high-quantity stuff.

I know that laser printers are generally better for big jobs, but the HP OfficeJet 8025e All-in-One I use has been great. I also use HP Instant Ink so I don’t run out of ink, which can be a pain. The ink will never run out at a convenient time, and it’s actually much cheaper than buying the inks.”

So, when you finished wrestling you became a manager?

Yes, I managed a band called ‘The Toy Dolls’ who had a couple of hits and were well-known at the time, plus some other acts. We had our own recording studio and management company back in those days…

Take a look at Ebuyer’s full range of tech here…