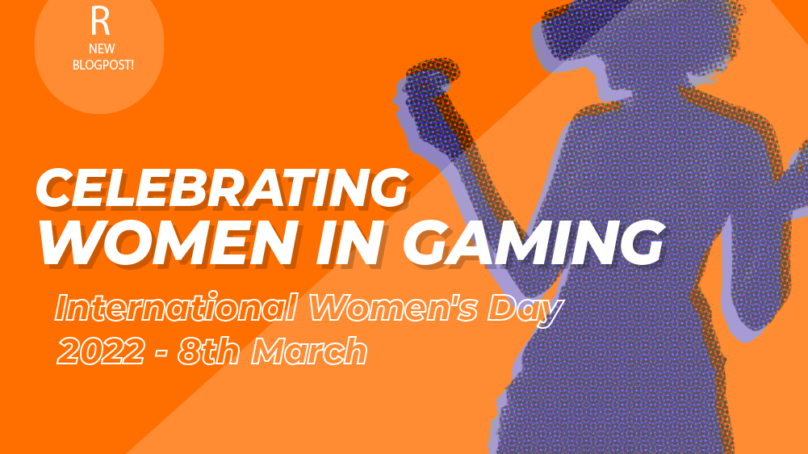 Video games are a highly collaborative and multi-disciplinary medium. There are thousands of woman artists, designers, programmers, QA testers and more in the video game industry.

To celebrate International Women’s Day, we’d like to recognise some of the many talented women in the gaming industry and their achievements.

In light of the recent Uncharted movie, we’d like to pay thanks to the series’ original creator, Amy Hennig. You won’t find Hennig’s name as part of the movie’s marketing campaign, as she has long moved onto new ventures. Hennig departed from game developer Naughty Dog while mid-production on Uncharted 4: A Thief’s End.

Since, Hennig has worked on an unreleased Star Wars project as Visceral Games and is now the President of a new interactive division at Skydance Media, which is working on a narrative-driven game in partnership with Marvel Entertainment.

However, we can’t understate how instrumental Hennig’s involvement was on Uncharted. Now a landmark franchise, it course-corrected PlayStation during the seventh console generation and influenced the rise of story-focused AAA games.

Hennig is credited as creative director and head writer for all three PlayStation 3 Uncharted games (Uncharted: Drake’s Fortune, Uncharted 2: Among Thieves and Uncharted 3: Drake’s Deception), two of which land in the console’s top five best-selling games.

Releasing in 2007, the impact of the original Uncharted can be felt to this day. It helped define modern AAA games, with big-budget spectacles, set-pieces and walk-and-talk segments interweaving story and gameplay. Uncharted is emblematic of PlayStation’s high production value adventure games, and the brand as a whole.

Hennig’s series forever changed games. Simply look at PlayStation’s portfolio pre-Uncharted and post-Uncharted. Without Hennig’s push towards cinematic experiences and storytelling in games, we doubt we would’ve seen Naughty Dog have the confidence to pursue The Last of Us, one of modern gaming’s most celebrated releases.

Extend this logic to any number of cinematic games on today’s market – God of War for instance – and you’ll see Hennig’s influence everywhere.

Starting out at Nintendo as a script writer for The Legend of Zelda series, Aya Kyogoku now helms the team behind Animal Crossing and Splatoon series as manager of Nintendo’s EPD (formerly EAD) Group No. 5.

Before Kyogoku, never had a woman reached this rank at the Japanese company. Kyogoku was the first woman game developer at Nintendo’s EPD group and also the first woman to direct a game there.

“We [females] are still largely in the minority, but gradually more and more females are joining the department [EPD],” said Kyogoku in a talk given at the Games Develop conference.

“Female developers are increasing at impressive rate and the percentage of male and female developers is evening out. Particularly on the Animal Crossing: New Leaf team; almost half of those involved were women.”

There’s probably not a whole lot of game developers that can claim an even split between men and woman. “When I was starting in the gaming industry, it wasn’t uncommon to be the only woman on the entire team.”

“In my years at Nintendo, I have come to discover that when there are women in a variety of roles on the project, you get a wider [range] of opinions and ideas. So, when you are trying to create something that will appeal to many types of people, I have experienced how beneficial it is to have diversity on your team.”

Did you know that Portal – one of gaming’s most revered releases and a permanent display at NYC’s Museum of Modern Art – started out as a student project?

Kim Swift and her team at DigiPen (a technical university for interactive media and video games) presented their final year project – Narbacular Drop – at the school’s end-of-course expo for graduates.

As DigiPen is in Redmond, Washington, some of the industry’s biggest names were present, interviewing and critiquing projects, including Microsoft, Nintendo and Valve, who needs no introduction.

A couple of spokespeople from Valve took interest in Swift’s project, handing the team Valve’s card. Seeking further feedback on how to improve Narbacular Drop ahead of the Independent Game Festival’s student showcase, Valve invited Swift and the team over to their headquarters.

What started out as a small meeting of two or three people soon piled up to twenty, eager to see Swift’s presentation of Narbacular Drop in action. Among the crowd was Valve’s co-founded and president, Gabe Newell. After witnessing the student’s demo, Newell left only to return a few minutes later to ask Swift and the team if they’d like jobs at Valve.

The entire Narbacular Drop team, with Swift as the team lead and level designer, were brought on board to re-create and adapt their student project in Valve’s Source Engine for what we now know as Portal.

At the 2007 Game Developers Choice Awards, Swift accepted the Innovation and Game of the Year awards for her work on Portal.

Swift stayed on at Valve for a few years as a level designer and artist, working on Left 4 Dead and its sequel, before moving onto new ventures. Swift is currently at Xbox Game Studios as the senior director of cloud gaming.

Since entering the gaming industry at Sega in 1984, Rieko Kodama’s long tenure at Sega has seen her involved on many of the publisher’s most iconic franchises, including Skies of Arcadia and the Phantasy Star series.

Notable roles include working as a graphic designer on the original Sonic the Hedgehog, a zone artist on its sequel and as a director of Phantasy Star IV: The End of the Millennium.

Sega’s Phantasy Star was created to compete with Enix’s Dragon Quest, a wildly popular role-playing game in Japan. When a Dragon Quest game releases in Japan, it might as well be a public holiday.

However, landing in the West nearly a year before Dragon Quest, Phantasy Star was many people’s first introduction to JRPGs, helping establish and proliferate the genre out of Japan. In particular, the fourth instalment is regarded highly, ending the classic Phantasy Star quadrilogy.

From character design to 2-D environments and battle screens, Kodama was the main artist on the first entry and graphic artist on subsequent ones. Admiring the way Star Wars took inspiration from Japanese culture and mixed it with sci-fi – such as the samurai iconography in the Jedi’s robes – Kodama gave Phantasy Star its distinct medieval-sci-fi look.

Wanting to steer away from simple dungeons-and-dragons fantasy, Phantasy Star was one of the first games to feature a woman protagonist, as designed by Kodama.

Joining in the early days of the Sega Master System, Kodama is often recognised as one of the first woman game developers. Kodama has remained at Sega to this day, rising the ranks along the way.

Interestingly, Kodama wasn’t fully credited for her earlier work. Sega used to enforce a policy in which employees weren’t allowed to use their real names in a game’s credits, fearing rivals would poach their talent. Instead, they used aliases.

As the gaming industry was so overwhelmingly male-dominated back then, you might’ve assumed – even beyond aliases – that it was an all-male development team. However, albeit as ‘Phoenix Rie’, Kodama was right there the entire time.