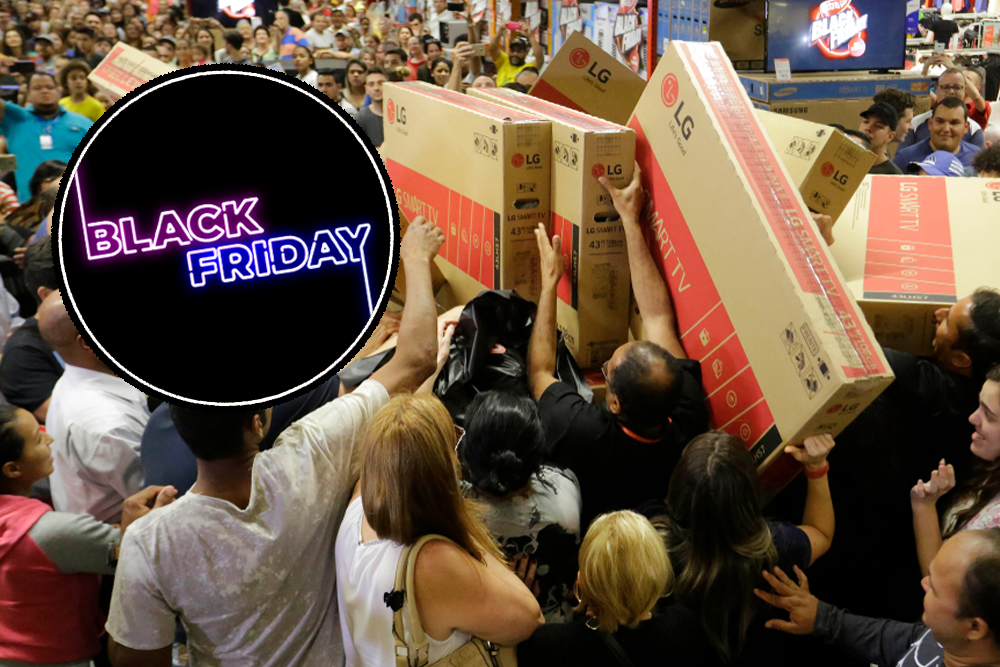 Black Friday is one of the most highly anticipated days of the year – and that’s all down to the chance to bag some of the biggest savings on offer. Nothing gets hungry shoppers more excited that a big red sign which has ‘SALE!’ written across it.

But sales happen all the time. So why is Black Friday so special? Well, it’s the mother of all sales and is placed just at the right point in the year when people are beginning their gift shopping for Christmas.

The infamous day of cut-throat shopping has come a long way since it started out though, so let’s trace it back to the beginning.

The origin of Black Friday sales

Despite some interesting theories on how Black Friday got its name, it was actually given its name by the police who worked in the city of Philadelphia on the day after Thanksgiving. It was on this day, every year, when hordes of shoppers would flood the streets in search of mega bargains.

The police began to resent the day due to the chaos which would ensue causing them to have to work extra-long hours and never be able to get the day off. Therefore, they named it Black Friday, due to the doom and gloom it caused them.

The tradition of bargain hunting on the last Friday of November only snowballed, getting bigger and bigger each year. In fact, it became so popular amongst shoppers that some would even camp outside shops from as early as four in the morning, to be front of the queue when they eventually opened.

Once the shops were open, that’s when the real madness happened with large crowds of people storming aisles, grabbing everything from TVs to toasters and throwing fists at anyone who got in their way. Some people have even nicknamed it ‘Black-eye Friday’ due to the amount of black eyes shoppers would get trying to bag a bargain.

Fortunately, for those shoppers who don’t like to go 12 rounds with a stranger over a blender, can shop in the comfort of their own home without having to don the big red gloves. There is still a huge turnout on the high street, but the number of people grabbing their Black Friday discounts online is rising. There are often much juicer deals to be had online – and the ability to buy more stuff than you could otherwise carry doesn’t matter ‘cos everything will be delivered to your door!

As one of the UK’s largest online tech retailers, we host all of our Black Friday sales online, each year. So, you can get your hands on a mouth-watering amount of electronics at just a fraction of the standard price. Sounds great doesn’t it?

Fire up your laptop, grab a cuppa and take full advantage of the huge discounts we’ll be offering this Black Friday, right here at Ebuyer.

When is Black Friday?
Ebuyer on BBC Breakfast News…
To Top