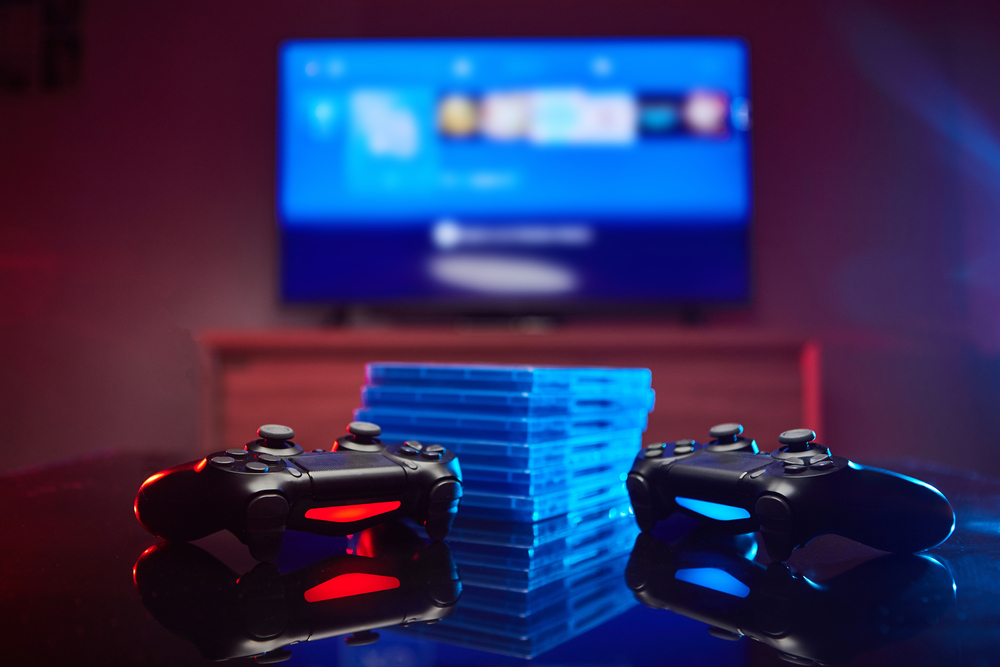 When it comes to monitors, we always seem to want to go bigger and better, which sometimes means thinking outside the box. If you haven’t tried it already, there’s probably been a point where you’ve looked at your TV and thought “I wonder if I could use that as a monitor?”. The answer is yes, you can.

Fortunately, connecting your PC to your TV has got easier over the years and doesn’t take much hassle to do. However, there are a few other factors which you should consider before jumping in.

How does it work?

You may need a specific cable, depending on your PC’s outputs and your TV’s inputs. You may also need to check a couple of settings, but assuming you’ve got a modern TV and a modern PC there shouldn’t be any issues!

Almost every modern TV has HDMI ports, which makes connecting external devices much easier than it used to be. Some older TVs have DVI inputs, with some even having VGA inputs which are specifically for “PC use.”

As long as your graphics card has a HDMI output, you’re good to go. Just use the HDMI cable to connect your PC to your TV! The next steps are selecting the correct channel which corresponds to the HDMI port which you’ve used, and your PC’s display should appear.

If you’ve decided to hook your PC up to your TV for work use, there are a few things you should consider first. If you’re someone who mainly works with word docs and spreadsheets, maximising your screen space probably won’t do much for you, however if you’re a designer or a video editor, you could massively benefit from having a large screen to use as your workspace.

Another thing to consider is how close you are to your screen. If you’ve got a desk setup close to your screen like you would with a normal monitor, you may suffer from neck and eye strain. It may work better for you if you setup at least a couple of metres away, but then you run the risk of being unable to see small features.

Similarly, the size of the screen can impact the speed and effectiveness of your work. If you’re using a huge screen to work on, moving elements around and selecting tools which appear small on the screen can prove difficult and although you’ve technically got a bigger workspace, it may be more trouble than it’s worth.

A gamer’s dream? Perhaps for some, for the more competitive gamers probably not. Again, the idea of having a huge monitor in the form of your TV sounds super appealing, but with the quality of gaming-specific monitors available today, they’re simply too difficult to beat.

The issues which arise when using your TV as a monitor for gaming are input lag, refresh rate and response time, all factors which will be taken into account with a high-end monitor. But for a TV, these figures might not be up to scratch if you take your gaming seriously.

Input lag is the delay between movement you make on your input device like your mouse and keyboard and what is shown on your screen. Most gaming monitors prioritise minimal lag times, whereas TVs generally don’t, they’re geared up to prioritise video processing instead. These extra milliseconds may not seem like they matter, but they will make a massive difference if you’re doing some competitive online gaming.

Often confused with input lag, response time is how long it takes for a display’s pixels to switch colours between scenes. TVs and monitors can have very different response times, especially monitors made for competitive gaming. TVs tend to prioritize richer colours, higher contrast, and wider viewing angles, which all lead to a longer response time.

Monitors can drop some of the image processing and viewing angles for faster response times. If you use a display with a slower response time, you may see “ghosting” in fast-paced video and gaming sequences.

Another factor which may affect performance is the refresh rate, which is defined as the number of times a display “refreshes,” or re-draws, its image each second. Most modern displays have a refresh rate of 60Hz, which means they refresh their image 60 times per second. But there are higher-end gaming monitors and TVs with higher refresh rates such as 120Hz, 144Hz, or even 240Hz. This can be misleading though, because a computer monitor with a 120Hz refresh rate may not be the same as a TV with a 120Hz refresh rate, due to difference in fps produced by the graphics card.

Hopefully, that’s helped you figure out if using your TV as a computer monitor is a good idea and how to do it should you decide to go for it. For more information on monitors or gaming, head over to our Knowledge Hub for some more in-depth articles or keep an eye on our Media Hub for regular updates.

Tech: Who feels left behind?
What is a 240Hz monitor and why you need one…
To Top