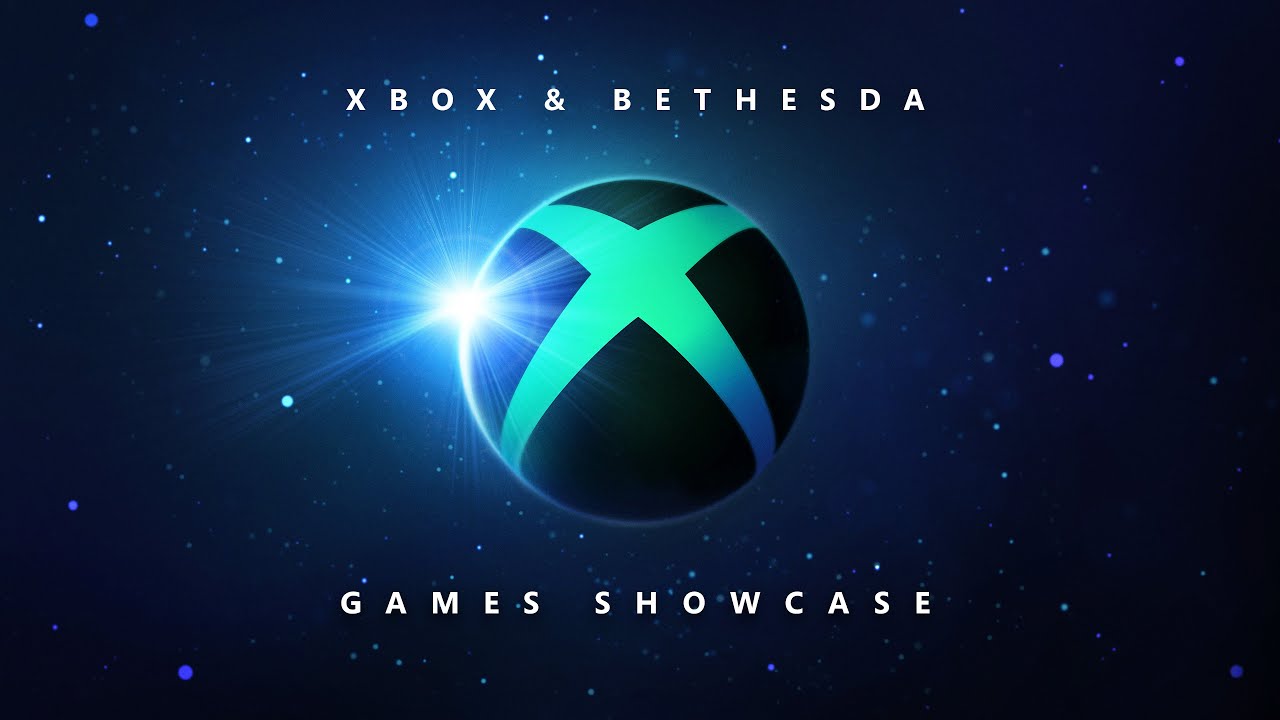 E3 2022 might be dead, but it’s still the season of game conferences from all the big-name publishers. Sony already had a ‘State of Play’ earlier in June (which we covered over on TikTok) and Nintendo, in typical Nintendo fashion, is MIA playing by their own rules. Leaving Xbox as the remaining major platform holder to give us a glimpse as to what they’ve got in store for the future of gaming.

As Microsoft’s $8 billion acquisition of The Elder Scrolls and Fallout publisher Bethesda closed last year, this year’s conference was rolled up into one mega-conference – the Xbox & Bethesda Games Showcase 2022. If you couldn’t tune in live, here’s a round-up of the biggest announcements.

What to expect from the Xbox Showcase 2022

The Xbox Showcase 2022 focused around games that are set to release in the next 6-12 months. While this means you’ll be able to play all these games in the not-too-distance future, and nearly all on Xbox Game Pass day one, there was hardly any earth-shattering announcements.

It was a lot of in-game trailers and deep dives into games we already knew about before the Xbox Showcase 2022, and not so much CGI teasers for games that have just entered development.

We prefer this approach, as it strays from the E3 norm of hype-worthy but very premature announcements. We’re talking games like Fable, which was unveiled using CGI in Xbox’s 2020 showcase, yet it didn’t show up at the Xbox Showcase 2022.

The Xbox Showcase 2022 opened straight into a gameplay reveal of Redfall, an open-world, co-op first-person shooter from Arkane Austin, the team who brought us 2017’s Prey (featured in Ebuyer’s Best of Xbox Game Pass…).

This nearly 6-minute-long trailer show us how Arkane’s adapting their signature immersive-sim gameplay to a vampire-slaying shooter, set in the titular town of Redfall, Massachusetts. Redfall was unveiled at last year’s Xbox Showcase and was set to release in 2022, but has since been pushed to 2023.

For many, the greatest moment of the Xbox Showcase 2022 was the surprise appearance of Hollow Knight: Silksong, the long-awaited sequel to 2017’s acclaimed Hollow Knight. This indie metroidvania from Team Cherry was unveiled back in 2019 at a Nintendo event and hadn’t been seen since, so this trailer has fans rightly hyped up.

Some thought Nintendo had a console-exclusive deal, but Hollow Knight: Silksong is launching day one on Xbox Game Pass. And while a concrete release date hasn’t been set, it simply being at the Xbox Showcase 2022 means it’s coming out sometime in the next 6-12 months.

Last year, we got an announce trailer for Forza Motorsport, a complete reboot of the long-running Xbox franchise. Now, at the Xbox Showcase 2022, a 5-minute-long gameplay demo was shared by the game’s developer Turn 10.

As the franchise is known for pushing the state of the art, it demonstrated how Forza Motorsport is “built from the ground up” for Xbox Series S/X consoles, featuring “on-track” real-time raytracing. This is seemingly a dig at PlayStation’s Gran Turismo 7, which features raytracing in scenes expect gameplay – replays and so on. The demo concluded with a release date of 2023.

No, it’s not ‘Minecraft 2’, but a new action-strategy game set in the Minecraft universe was unveiled at the Xbox Showcase 2022. Minecraft Legends is being made by Minecraft’s original developer Mojang Studios in partnership with Blackbird Interactive and releases in 2023.

The announce trailer was mostly CGI, but a 15-second gameplay snippet showed less free-form building than Minecraft and more sieging and raiding.

While Microsoft’s $68.7 billion acquisition of Activision-Blizzard hasn’t gone through yet, Blizzard nonetheless had a prominent presence at the Xbox Showcase 2022.

Hero shooter Overwatch 2, which had its beta earlier this year, was announced as free-to-play and enters early access on October 4th. A trailer introduced a new hero, the axe-wielding Junker Queen, with more info to be shared at Blizzard’s Reveal Event on June 16th.

The 5th and final class for Diablo IV was shown, the skeleton-summoning Necromancer, alongside an extensive developer showcase going into the action-RPG’s open-world and more MMO-like structure. Diablo IV was unveiled at the tail-end of 2019 and many are looking forward to this main-series entry in 2023.

Unlike many of the other games at the Xbox Showcase 2022, Overwatch 2 and Diablo IV weren’t announced for Xbox Game Pass, but they’ll no doubt crop up on it once the Activision-Blizzard deal closes.

Persona 4 Golden came to PC in summer 2020 and was welcomed to an overwhelming reception – 97% of the nearly 50,000 user reviews on Steam are positive. And yet, for whatever reason, the game’s publisher Atlus stalled in bringing the rest of the series to PC and non-PlayStation consoles.

But at the Xbox Showcase 2022, Persona 3 Portable, Persona 4 Golden, and Persona 5 Royal were announced for PC and Xbox – and all on Xbox Game Pass. That’s easily hundreds of hours of gaming from these 3 JRPGs alone. Persona 5 Royal is the first to release, on October 21st.

Hideo Kojima, who you’ll know as the creator of Metal Gear and Death Stranding, made an appearance at the Xbox Showcase 2022 to unveil what he’s working on next. No gameplay was shown, or even a name, but it’s “a completely new game, one that no-one has ever experience or seen before.”

It’s a project that Kojima has been thinking about for a long time, and with Microsoft’s cloud-computing technology, he’s now ready to tackle it. Don’t expect this game for a good while.

Closing out the Xbox Showcase 2022 was a 15-minute-long gameplay reveal of Starfield, the highly anticipated role-playing game set amongst the stars from Bethesda. Game Director Todd Howard took us on a tour of the game’s character creator, ship builder, exploration of over 1,000 planets, and more.

Unveiled at E3 2018, the game has been a long time coming. Starfield was set to launch on the marketable 11.11.2022, like The Elder Scrolls V: Skyrim’s 11.11.2011 release date, but now it releases in 2023. This delay is no doubt a response to the disastrous release of another long-awaited, open-world role-playing game – Cyberpunk 2077. Admittedly, Starfield looked a bit rough in this gameplay reveal, so hopefully Bethesda can take the extra time to ensure it launches in the best state possible.

So, what are your thoughts on Xbox’s game line-up throughout 2022 and beyond? Keep in mind all the first-party games are guaranteed to come to Xbox Game Pass day one – here’s how each tier of Xbox Game Pass compares if you’re looking to sign up. And if you haven’t already, pick up a Xbox console and/or gaming PC at Ebuyer, and follow our TikTok for weekly gaming and tech round-ups.